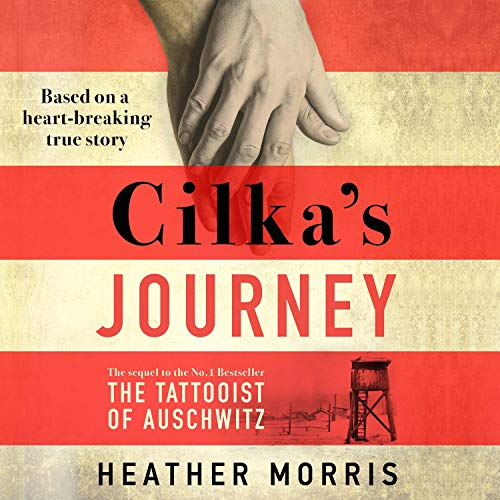 Audible Deal of the Day (Members Only) - Cilka's Journey - The Sequel to The Tattooist of Auschwitz £1.99

Excellent follow up to The Tattooist of Auschwitz (which is also a fantastic book) based on the heartbreaking true story of Cilka Klein.

Her beauty saved her life - and condemned her. Cilka was only 16 years old when she was taken to Auschwitz-Birkenau Concentration Camp, in 1942. The Commandant at Birkenau, Schwarzhuber, noticed her long beautiful hair, and forced her separation from the other women prisoners.

Cilka did what she had to in order to survive Auschwitz. And yet after Russian soldiers liberated Auschwitz in 1945, Cilka was charged as a collaborator and sentenced to serve a 15-year sentence for 'sleeping with the enemy'. Once again, she found herself on a brutal train journey, crammed into a carriage with many desperate women and children.

This time, her destination was Siberia. She was by then only 18 years old.
So began a new life of horror and brutality in a prison camp close to the Arctic Circle. But in this unimaginable darkness, this terror beyond terror, Cilka found endless resources within herself, her profound humanity and determination helping her to survive against all odds.

Cilka's Journey is a remarkable novel of courage and resilience, based upon the heartbreaking true story of Cilka Klein.
PostTweetShare Share with WhatsApp Share with Messenger
Community Updates
Audible UK DealsAudible UK promo code
If you click through or buy, retailers may pay hotukdeals some money, but this never affects which deals get posted. Find more info in our FAQs and About Us page.
New Comment Subscribe Save for later
4 Comments
29th Dec 2019
Not entirely correct: For non Audible members? WOW! £35.
29th Dec 2019
Slightly steep!!!!! Will correct now.
29th Dec 2019
Good read!
29th Dec 2019
Great book. Great deal