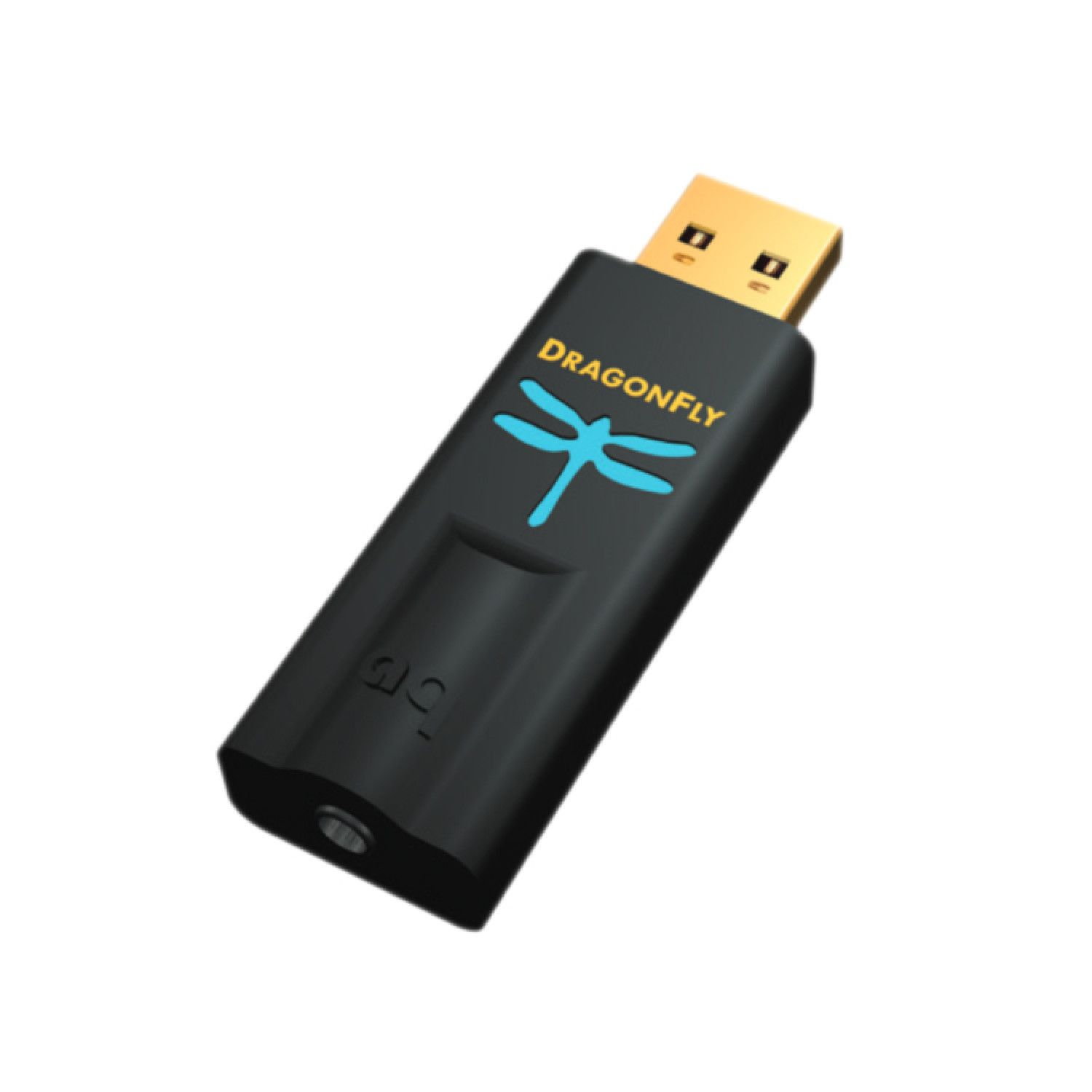 Compatible with Tidal's MQA files, now that some of you got into hi-fi streaming

Nice piece of kit, works in all major tech platforms

While the original DragonFly defined the market for micro-DACs, its USB power draw made it compatible with computers only. Music lovers have craved a more portable version—one that could be reliably used with Apple and Android smartphones and tablets.

Convenience and performance are no longer mutually exclusive. With DragonFly Red and Black any computer, laptop, tablet, or smartphone can be used as a true high-fidelity music player, allowing music lovers to enjoy beautiful sound wherever they go, whenever they please.

AudioQuest DragonFly Black At A Glance:

DragonFly Black will output 1.2 volts—enough power to successfully drive all preamplifier input circuits and a wide range of today’s efficient headphones. Meanwhile, with its higher 2.1-volt output, DragonFly Red will be compatible with a wider range of headphones, including power-hungry, low-efficiency models.

While the DAC chips selected are remarkably powerful and sophisticated, AudioQuest intentionally limited DragonFly Black'sprocessing capabilities to 24-bit/96kHz resolution. This makes using the DragonFlys as simple as it’s always been: they’re fully compatible with PCs without having to download and install new drivers.

Most importantly, DragonFly is designed to honor the music you already own and love. Whether you’re listening to Spotify, YouTube, Tidal, ripped CDs, or state-of-the-art high-resolution files, DragonFly will deliver a more emotionally compelling and enjoyable experience.

In addition, the new DragonFlys will be software upgradeable through a complimentary Windows or OS X desktop application. As new developments arise in music player applications, streaming protocols, or other associated software, DragonFly users will be able to incorporate those updates to their existing devices.
PostTweetShare Share with WhatsApp Share with Messenger
Community Updates
Peter Tyson Audio Visual Deals
If you click through or buy, retailers may pay hotukdeals some money, but this never affects which deals get posted. Find more info in our FAQs and About Us page.
New Comment Subscribe Save for later
11 Comments
2nd Jan
Other colours are not just a matter of look. Those are different (higher-end) models, that's why the price difference
2nd Jan
Probably reduced because so many people are buying Bluetooth headphones these days.
2nd Jan
I'm looking for a DAC to use for my HyperX Cloud Alpha Pro with PS4. Any suggestions? Would be worthwhile?
2nd Jan
Thanks for your comments, decided to expire due to lack of interest
2nd Jan

Thanks for your comments, decided to expire due to lack of interest

Doesn't work like that i'm afraid. You are not supposed to expire deals unless the price changes or the item listed is OOS
Edited by: "merb0786" 2nd Jan
2nd Jan
Heat added. It’s something which I have contemplated of purchasing but reluctant as I mainly use Wireless Headphones. However, i believe quite a few people use this for various purposes.
2nd Jan

I'd maybe look up something from Creative Labs, as they specialize in dacs for gaming
2nd Jan
Isn't the Cobalt way better?
2nd Jan

Go for Sound Blasterx G6. The Side tone feature is very useful
2nd Jan
This just came out @candyman86