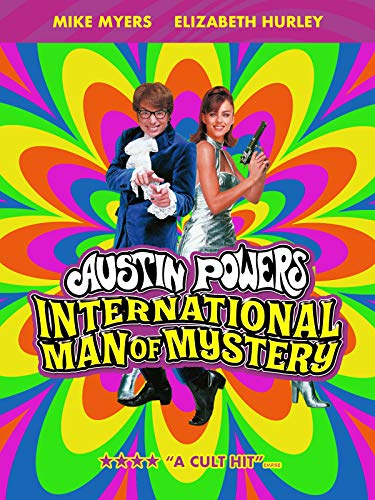 The first in the series and arguably the best! Rarrrrw!

In 1967, super-agent Austin Powers (Mike Myers) is on the verge of catching his arch-nemesis, Dr Evil (also Myers), when the latter has himself cryogenically frozen. Following suit, Powers unthaws 30 years later in the '90s to find Evil threatening the world once more... Featuring Elizabeth Hurley, Will Ferrell and Seth Green, this hilarious and iconic spy movie parody is undeniably groovy, baby!
PostTweetShare Share with WhatsApp Share with Messenger
Community Updates
2 Comments
Post a comment