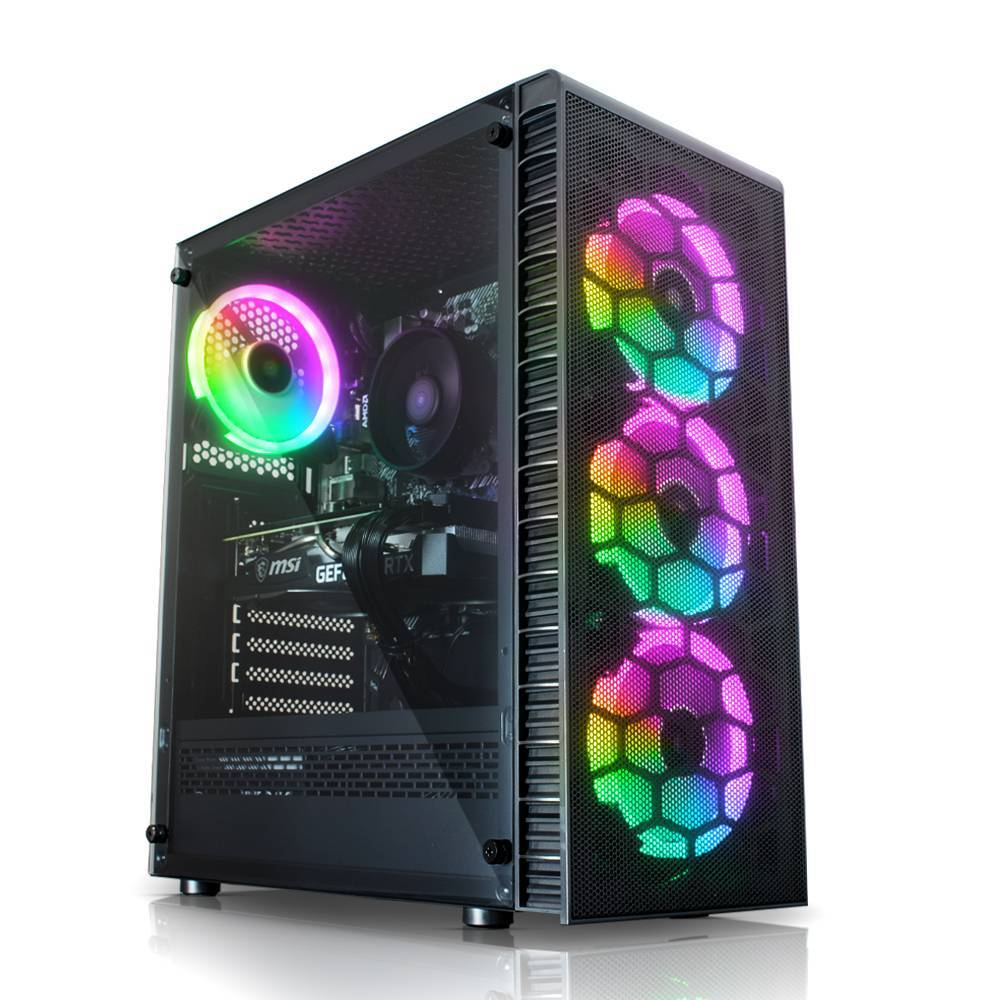 Break down on the Calc on this one means the GPU is CURRENT £600 - which is the looking like the best 6700XT at the moment.

The 6700x performance is much greater then the RTX3060 and more aimed at being a 1440 card, so the debate on the cpu will be key, value to performance peeps will be staying 3600; unless forecasting long terms.

The B550 version has all the new configuration but is a basic version of the b550.

Where as the b450 Mort is the one/one of the very best B450 motherboard in the market for VRMs and much more of prem board, plenty of information regarding these - please honest knock yourself out with all that aspect as there is tons on it on google

240GB SSD is where i always start, as a alot of folks transfer SSD/nvme/hd over from one build to the next, but u got plenty of options here to change.

1) u dont have ur free windows - did we really care? /but i do look for ones including best value for window buyer, example sometimes u can have a build at 1k with no windows but people buy windows inside that build and its 1090 time they walk out with that build +windows, vs an alt deal with windows for 1050 all inclusive and sometimes with higher parts, so yes i look at both options.

2) The valuation overall picture when u remove all items and get the final price of that GPU comes in at £600 which isnt as grand as the valuation on the RTX3060 we had which was £380 including windows, but was forced to have a higher casebrand / higher tuf motherboard and higher CPU to get that price down.

in total spend and looking at the performance after we twiddled and little play with the storage / wifi / ram were talking a nice £1100 system here and the performance to buck is A1 for that price vs other deals around.
PostTweetShare Share with WhatsApp Share with Messenger
Community Updates
Top comments
38 Comments
Post a comment