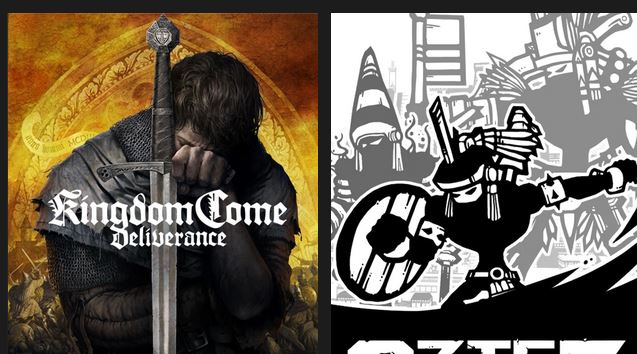 The next game has been announced and will be available from the 13th - the current free game are Carcassonne & Ticket to Ride and can be picked up till next Thursday. 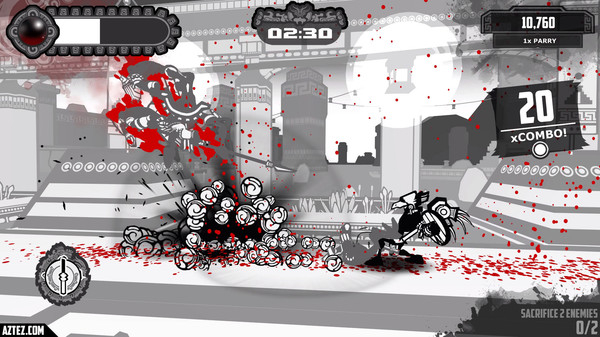 Description
Aztez is a unique hybrid of beat 'em up and turn-based strategy set in the world of the Aztec Empire. Deploy your Aztez (elite close combat warriors) in the metagame and enjoy a highly technical real-time combat event that has consequences in the empire. But choose your missions wisely, as you have limited deployments! A great enemy approaches the Valley Of Mexico, and it will require all of your skill and cunning to take them on and change the course of history... 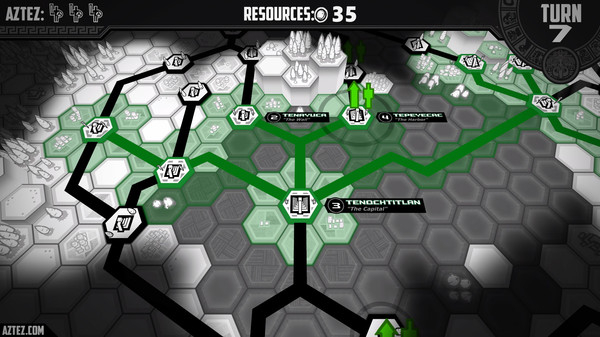 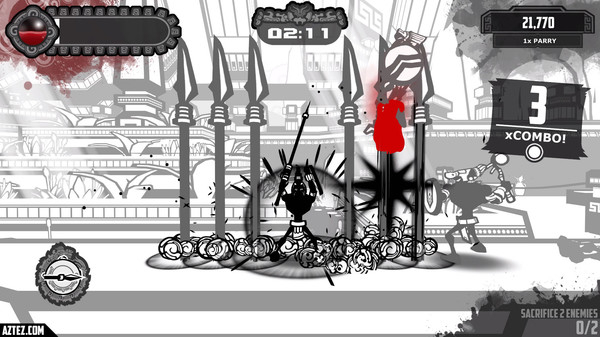 The other game is Kingdom Come: Deliverance - thanks to @mixmixi for pointing that out to me

Description
You're Henry, the son of a blacksmith. Thrust into a raging civil war, you watch helplessly as invaders storm your village and slaughter your friends and family. Narrowly escaping the brutal attack, you grab your sword to fight back. Avenge the death of your parents and help repel the invading forces!

Story
Bohemia – located in the heart of Europe, the region is rich in culture, silver, and sprawling castles. The death of its beloved ruler, Emperor Charles IV, has plunged the kingdom into dark times: war, corruption, and discord are tearing this jewel of the Holy Roman Empire apart.

One of Charles' sons, Wenceslas, has inherited the crown. Unlike his father, Wenceslas is a naive, self-indulgent, unambitious monarch. His half-brother and King of Hungary, Sigismund the Red Fox, senses weakness in Wenceslas. Feigning good will, Sigismund travels to Bohemia and kidnaps his half-brother. With no king on the throne, Sigismund is now free to plunder Bohemia and seize its riches.

solid rpg especially after all the patches
6th Feb
Just a note to members moaning in other threads about these 'deals' being posted early. What about the people who may unknowingly buy these games (through other platforms) before they are giving away free. Isn't it better to get a heads up? I personally anticipate these posts. It's easy to set a personal reminder.
6th Feb

Don't make him panic
81 Comments
6th Feb
Did you miss Kingdom Come: Deliverance or has it been posted before? Because that is also going to be the next game.
6th Feb

solid rpg especially after all the patches
6th Feb
I just spotted this when I went on to get TTR and Carcassonne. Already own kingdom come deliverance on Ps4 but that's a great giveaway.
6th Feb
KCD is a hi quality game, bit of a graphics and CPU hog, looks beautiful in 1440P Hi.
good/great storyline,
controls and movement are accurate,
action is realistic in a nice way,
Storyline flows and takes many hours to get uninteresting.
If it had a duo or multiplayer mode it would be a much more fun game.
6th Feb
Can't believe pandemic got pulled from the store.. I was s genuinely excited to play that..
6th Feb

Cant believe pandemic got pulled from the store

I agree.
6th Feb
Kingdom Come is so underrated, amazing game once you get the hang of it
6th Feb
Heard great things about Kingdom Come Deliverance, can't wait to try it!!
6th Feb
Shame l really wanted to try pandemic looks like I will have to buy it instead
6th Feb
cant wait for this HEAT OP
6th Feb
I guess KCD will be on PS+ & Gold/GP at some point then!
Fantastic giveaways, I was expecting this to be twice as hot by now.
6th Feb

Cracking set of games indeed, the place has its own ways of running though, can never predict
6th Feb
I mistakenly bought the wrong humble monthly bundle when this came up because I didn't know how their subscription system worked , so seeing KCD free on the Epic store is a welcome surprise... Well chuffed to say the least lol.
6th Feb
FFS I bought KCD on Steam a month ago and haven't played it much. Too late for a refund.
6th Feb
Never came across Aztez before, looks good! Hope it eventually comes to console.
6th Feb
Wow. Kingdom Come was rumoured during the 12 days of Xmas offer. Now it's here. Big game to give away for free. Nice.
6th Feb
Heat been wanting Kingdom Come for a while but haven't took the plunge
6th Feb
I'll take a reminder next week, cheers
6th Feb
Just a note to members moaning in other threads about these 'deals' being posted early. What about the people who may unknowingly buy these games (through other platforms) before they are giving away free. Isn't it better to get a heads up? I personally anticipate these posts. It's easy to set a personal reminder.
6th Feb

Looks like been pulled from Epic Store, still available on Steam though.

I was looking forward to this too, seems like good way test drive a board game for free
6th Feb
Damn Kingdom come deliverance is up there with yooka laylee impossible lair for the best freebies given away by epic! This needs over 2500 degrees at least!!!
Edited by: "UberPark" 6th Feb
6th Feb
100 KELVINS!!!
6th Feb
Hated this game when I tried it out a while ago was disappointed as I waited ages for this to be released. Definitely nice to give it another shot as I hated skyrim for so long then it grew on me
6th Feb
Kingdom Come Deliverance is shocking

Amazing freebie
Still need to start properly
Edited by: "Norseg" 6th Feb
6th Feb
Nice, KCD is one that a youtuber I follow uses for game benchmark... can't remember if it's RandomgaminginHD or one of the others
7th Feb
Totalbiscuit liked Aztez: 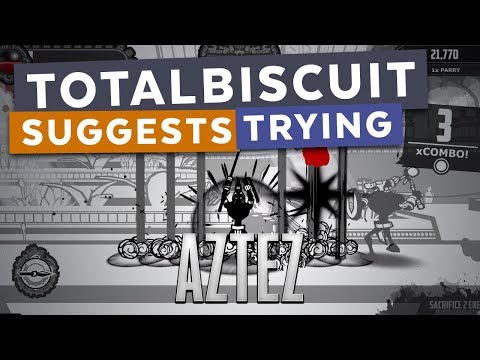 Don't worry you have it on the superior store
7th Feb
I get wanting to post the deal first and everything, but it’s not particular helpful when it’s before it’s even released yet. A couple of times I’ve read these posts a week early and unless I set a reminder to download them, I forget. I feel like it’s really a case of trying to win heat than being overly helpful. In this case I’d appreciate if this could be allowed to be reposted on the day of release so it doesn’t disappear below the radar for people who don’t read it a week early.
7th Feb

Agree with most of the points, and can't wait to Free rome. Yet, the hokey storyline, robotic animation just let it down.
Edited by: "chaank" 7th Feb
7th Feb
Kingdom Come is a great game... Can't believe already being given away for free!
7th Feb
I wish people would not post these till the day they come out. I keep on missing them as they get posted days before and when they come out the post is buried and gone.

When they are posted early it is kind of pointless as I still have to remind myself to check the store on the day for the free games. Which if I do remember then I never needed this post in the first place.

I honestly do not think a deal should be able to be voted on to become hot until the item is actually available.

Honestly posting these early just helps no one but yourself to get heat.
Edited by: "TangiblePear" 7th Feb
7th Feb
I started out not like Epic Games Store and now I'm liking it more and more. Think I've gotten more gaming time out of Into the Breach than many AAA purchases I made in 2019.

KCD is on PC gamepass and has been for a few weeks. Would have thought it would have been on the Xbox GP as well.