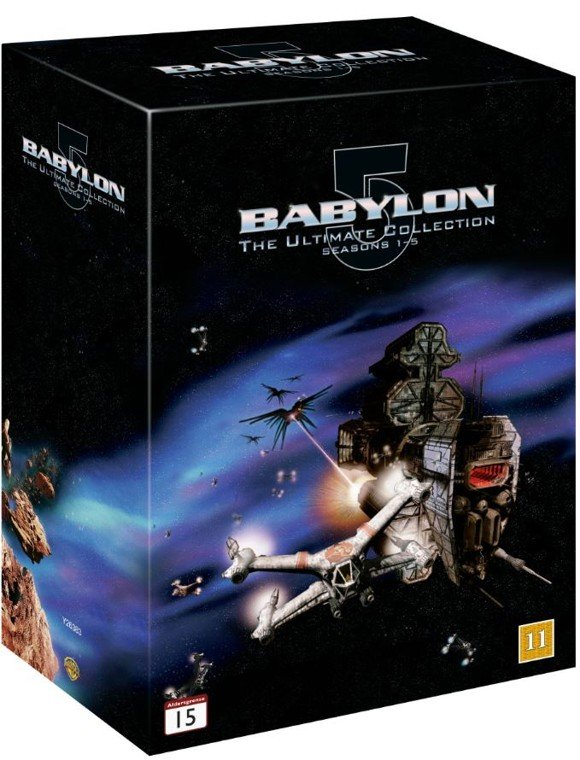 Product description
In 2257 A.D., the Earth Alliance places a massive space station, Babylon 5, into orbit around a planet in a neutral corner of a distant galaxy to serve as a refuge for anyone seeking sanctuary from the tyranny of the hostile federations

It hasn’t arrived yet, what I can say I just watched St motion picture on my 4K tv at weekend and wow, great colours and intensity
23rd Mar

It depends on your TV. Cheaper modern TVs are not great at upscaling. Sony are almost universally recognized as the best. I can tell you this looks pretty decent on a larger Sony LED TV. But that was a top tier Sony TV a few years ago and even now is better than most of their newer TVs. It should look decent on OLED as well.

For the real nostalgia kick, you want it fuzzy! Things like ST:OS and Space 1999 just look weird in super sharp HD.
23rd Mar
It's a good show, but I have to point out, this box set contains the botched widescreen conversion, where many scenes without CGI are presented in 16:9 widescreen (so look fine), but scenes with CGI are the cropped 4:3 fullscreen versions of those scenes further cropped again to 16:9 widescreen (so look awful, with things out of frame).

This is because to save money on production, the producers didn't produce the visual effects in widescreen, meaning visual effects abruptly end on the sides of image. The only way to cover it up was to crop those scenes from fullscreen to widescreen.
23rd Mar
Good deal
23rd Mar

Exactly this. It's a more satisfying experience watching the lower res 4:3 version on VHS, which gives you framing as it was intended. It seems unlikely there'll ever be a STTNG style do-over of this but I'd happily buy a 480p DVD/BD edition with the original 4:3 crop and the 6 channel audio mix.
23rd Mar

There is no other version currently available, unfortunately.
23rd Mar
Zatharis says this is bargain!
23rd Mar

Zatharis says this is bargain!

The ancient one also agrees.....lol
23rd Mar
One of my favourite sci-fi series
23rd Mar

Well the graphics can be tough at times.
I just rewatched it on my projector
But you will still enjoy it, the story line and acting are just too good
23rd Mar
I enjoyed every episode except 3 bags full!
23rd Mar
Ordered, cracking price!

Let's hope it arrives before the inevitable period of enforced TV watching that awaits
23rd Mar
Just get it. One of the best.
23rd Mar 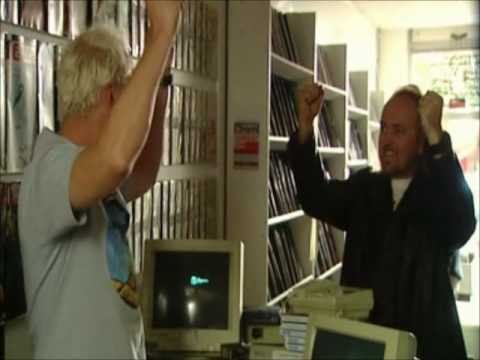 23rd Mar
This is one of the best sci-fi series....sad that about half the key cast have died since it finished...the beginning of my username is from one of the characters

Does tail off a bit in last season.
Edited by: "gari189" 23rd Mar
23rd Mar
the best show ever, but poor quality transfers and original source. The only good quality stuff out there is a fan effort to improve the res as much as possible. Its out there somewhere.
23rd Mar
My favourite scifi series, I paid 45 quid for each season as it was released back in the day, absolutely loved it. Unfortunately there will not be a bluray collection as a lot of the original reels were destroyed in a fire years ago so they would have to remaster it from dvds.
23rd Mar
reddit.com/r/b…_5/
23rd Mar

Had to dig them out then reconnect my disc player coz I tend to copy straight to drive these days. Anyway I've deleted my previous post. I think I might be confusing my copies with YouTube clips. They've never released a different copy of the discs so one of us had to be wrong lol.
23rd Mar

That’s because they crammed everything into season 4 as season 5 got confirmed very late.
23rd Mar

Considering what they had to go through, season 5 is still pretty decent. But that's what you get when you at least have a plan in place. Seasons 1&2 of the new Battlestar Galactica is my favourite sci-fi show of all time. But Season 3 onwards takes a massive downturn. It looks like they were writing it as they went along with no overall plan, kind of like the ill-fated Disney Star Wars trilogy. So overall B5 is still my favourite but I just wish the new BSG had turned out better.
23rd Mar
One of the best Scifi shows out there
23rd Mar
Couple of questions
Is it region 2/ will it play on UK DVD player?
How many discs?
Does it include the movie and crusade?

Googled the set and found Region 1 - wasn't sure if the same
ebay.co.uk/itm…yzR
23rd Mar
I believe it’s this one Babylon 5 - Complete Series NEW PAL Cult 30-DVD Boxset Mira Furlan, no crusade. Closest price is £60 I can find online
23rd Mar

Avoid the Region 1 set. It's bizarrely the Region 2 PAL converted transfer converted "back" to NTSC, or something like that.

We can only hope HBO Max has the show with a good transfer.
23rd Mar
Amiga
23rd Mar
Brilliant show and where the phrase "character arc" came from
23rd Mar
Just realised this isn't the complete set 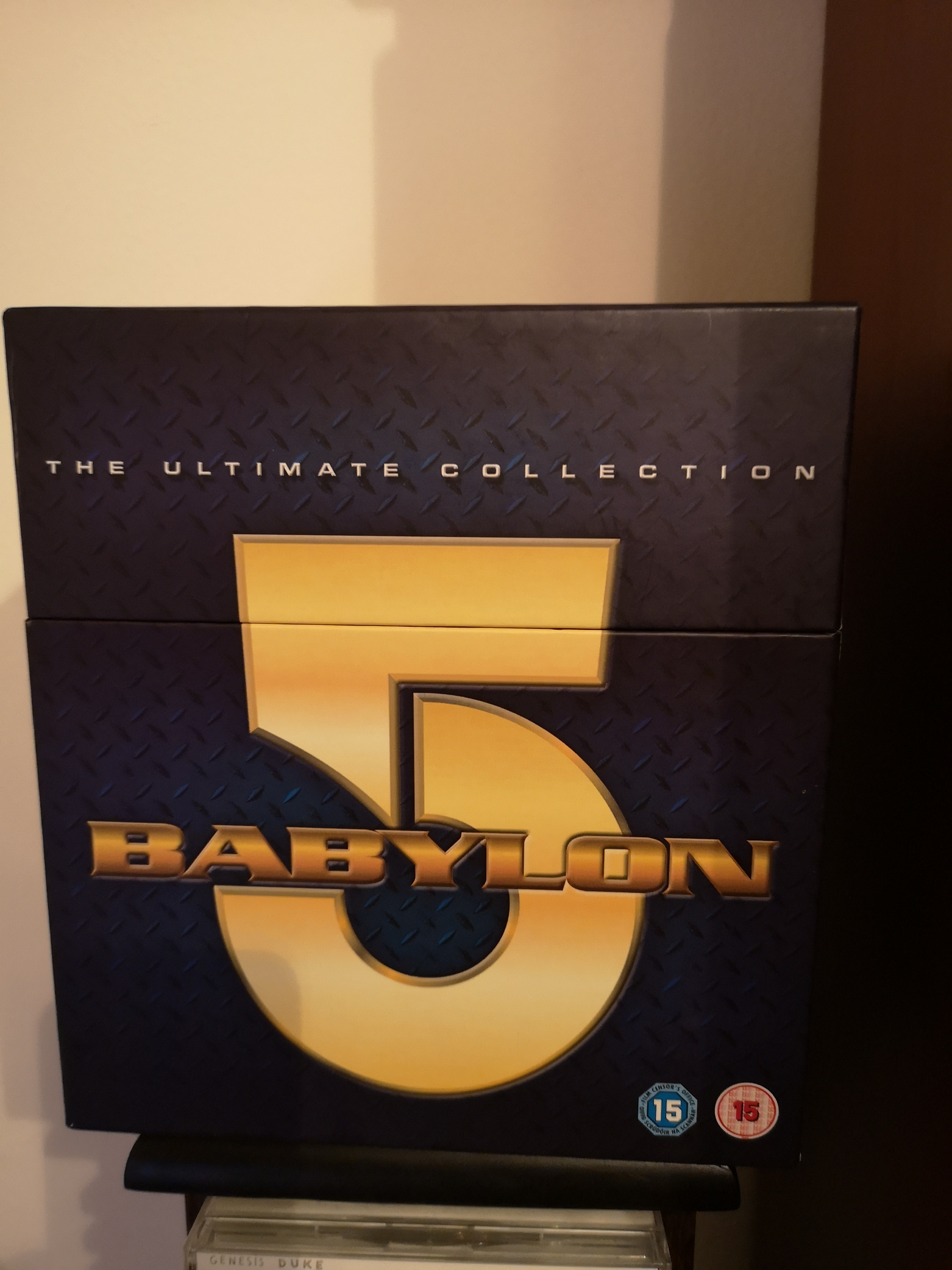 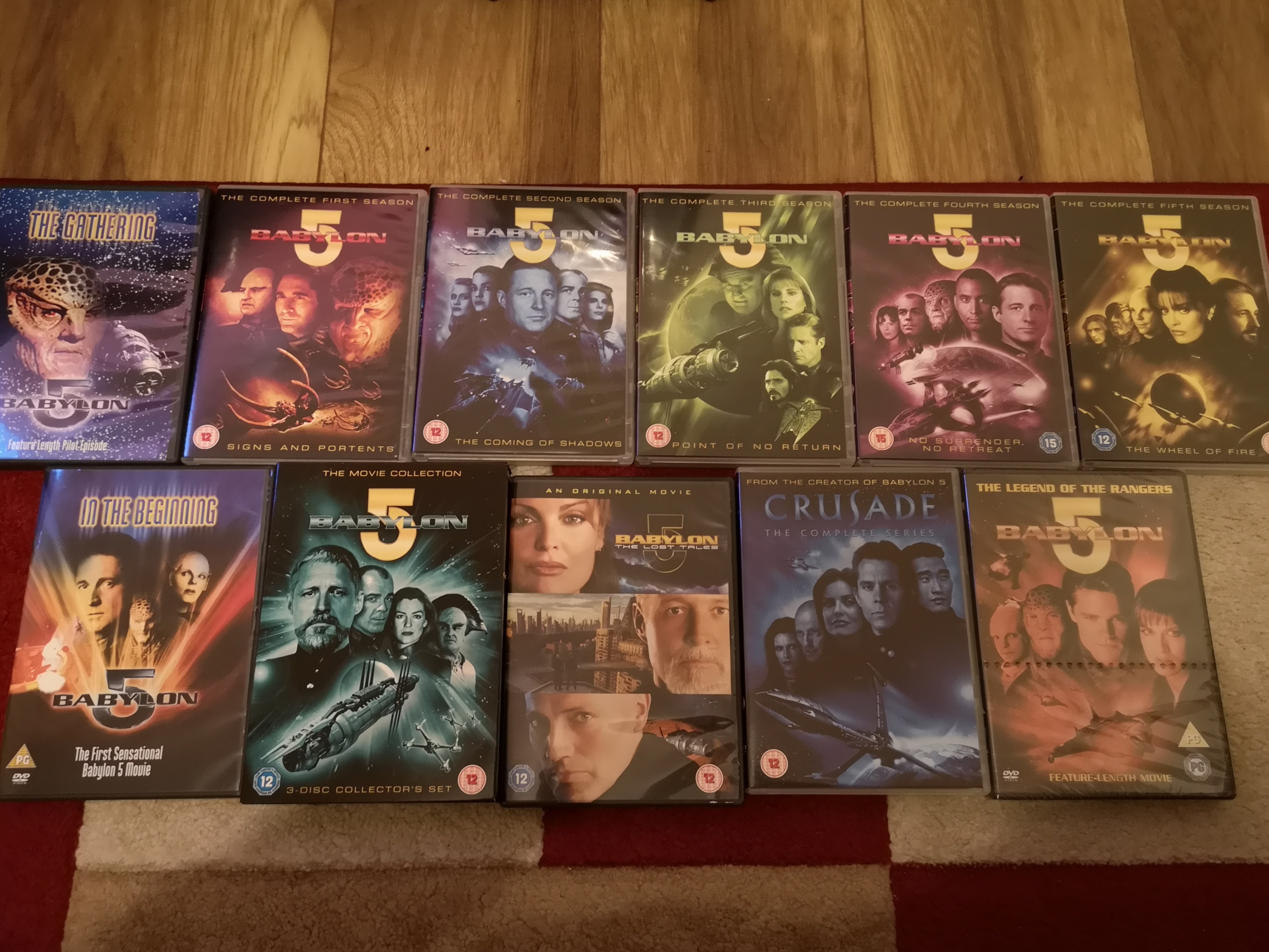 23rd Mar
Absolutely incredible series! The sets were a bit cardboard and the CGI has dated badly BUT you'll forgive it for everything once the superb arc story kicks in. Am going to buy it right now as it's not available to stream anywhere in the UK AFAIK
23rd Mar
Just throw away the last season though!
23rd Mar
How much is UK shipping, if anyone has ordered ? Don't want to set up an account yet .