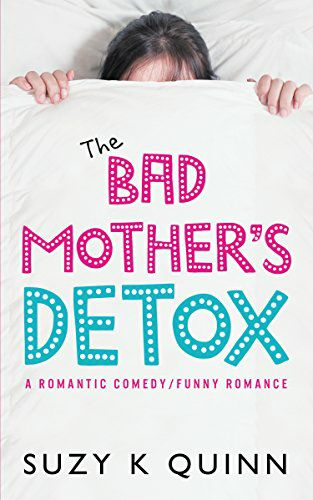 A heart-warming, feel good romantic comedy and #1 Kindle bestseller – perfect for Bridget Jones fans. Can be read as a stand-along novel or as part of the series


Juliette Duffy has made a lot of mistakes, including:


Falling in love with the wrong man
Having a baby with aforementioned wrong man
Googling the word ‘haemorrhoids’ and looking at the image pages.


But this year, she is hoping for joyful post-baby romance in the form of Alex Dalton – a man who has loved her since childhood and owns half of London.


However, can Juliette really make it work with Alex? Living in country village and working in her parents' genteel local pub is a world away from Alex’s high-powered life in London.


Heartwarming and hilarious, this Bridget Jones style comedy will have you laughing out loud. Perfect for Sophie Kinsella, Molly Johnson and Jill Mansell fans.


THE BAD MOTHER’S DETOX CAN BE READ AS A STANDALONE ROMANTIC COMEDY, AND IS THE 2ND BOOK IN THE BESTSELLING BAD MOTHER’S DIARY SERIES.
PostTweetShare Share with WhatsApp Share with Messenger
Community Updates
Amazon DealsAmazon discount code
New Comment Subscribe Save for later
2 Comments
15th Feb
Ordered. Thanks !
15th Feb
Sounds like my kind of book. Downloaded & thanks very much for sharing.