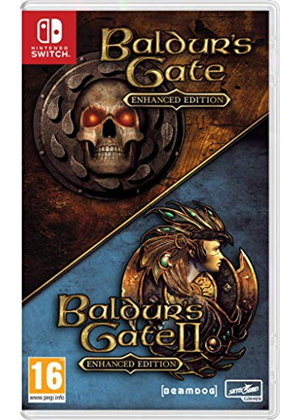 £18.85£19.503% Free P&P FreeBase.com Deals
Expert (Beta)24
Get deal*Get deal*
Expert (Beta)
24Get deal*Get deal*
Posted 17th Jun
Baldur's Gate Enhanced Edition
Forced to leave your home under mysterious circumstances, you find yourself drawn into a conflict that has the Sword coast on the brink of War. Soon you discover there are other forces at work, far more sinister than you could ever imagine… since its original release in 1998, Baldur's Gate has set the standard for dungeons & dragons computer roleplaying games. Customize your hero, recruit a party of brave allies, and explore the Sword coast in your search for adventure, profit… and the truth.

Baldur's Gate II Enhanced Edition
Kidnapped. Imprisoned. Tortured. The wizard irenicus holds you captive in his stronghold, attempting to Strip you of the powers that are your Birthright. Can you resist the evil in your Blood and forsake the dark destiny that awaits you? Or will you embrace your monstrous nature and ascend to godhood as the new Lord of murder? Continue a journey started in Baldur's Gate: enhanced Edition or create an entirely new character in this isometric dungeons & dragons roleplaying game.

To have an immersive experience of your very own.
17th Jun

Hi, anyone able to confirm if this is two player?

It's not
17th Jun
Heat though, the updated controls work quite well and don't cause too much issue when playing
17th Jun

Wow really? What's the point in playing this then
Edited by: "Isaac_McCafferty" 17th Jun
17th Jun

To have an immersive experience of your very own.
17th Jun

I guess I was just hoping to be able to reminisce with my brother. Iirc there's a level at the very start of the first one in a pub/cellar and the rats were so hard to kill back then lol.
17th Jun

That sounds like Baldur’s Gate: Dark Alliance. A console only series that was very different to these two games.
17th Jun

You just described the first level of every RPG ever made! Well except the hard bit
17th Jun

And did support two players!

Yeah it was terrible. So many regrets buying dark alliance
17th Jun
Great games but they crash a lot. I played through both the first game and Dragonspear and they crashed so many times that I was saving the game every 15-20 minutes.
17th Jun

Baldurs gate has never been a multiplayer game
17th Jun

Baldurs gate has never been a multiplayer game

That game doesn't deserve to polish baldurs gate 1 & 2's boots.
17th Jun
These millennials haven't got a clue about true gaming. Sad to see in all honesty. Heat from me.
17th Jun

oh here we go, another 'it was better back in my day...'
How's about we let everyone enjoy whatever games they like to enjoy and not judge eh?
Except mobile phone gamers, those guys are saaaaaaad
17th Jun

Don't knock Pokémon Go unless you've tried it
17th Jun
the sheer scale of the content included in this is mind blowing. I spent *months* on my first (and only) play through of Baldur's Gate and its expansion. The sequel is more of the same really, but it improves upon the original in many areas. 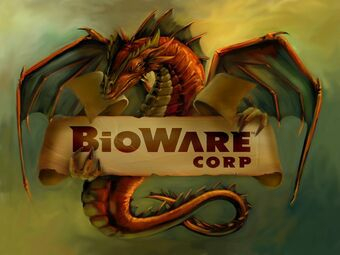 Hahaha, BG1 only came out in the late 90's. Some millenials would have been adults (just about) by that point!