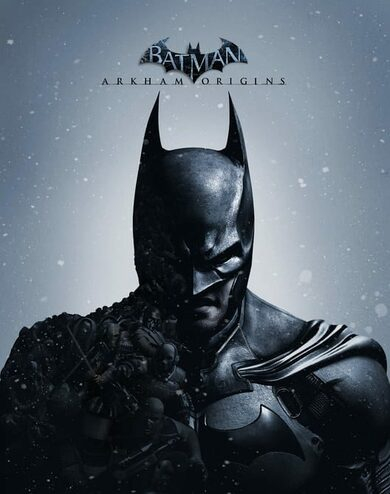 Developed by WB Games Montréal, Batman: Arkham Origins features an expanded Gotham City and introduces an original prequel storyline set several years before the events of Batman: Arkham Asylum and Batman: Arkham City, the first two critically acclaimed games of the franchise. Taking place before the rise of Gotham City’s most dangerous criminals, the game showcases a young and unrefined Batman as he faces a defining moment in his early career as a crime fighter that sets his path to becoming the Dark Knight.
PostTweetShare Share with WhatsApp Share with Messenger
Community Updates
Eneba Deals
New Comment Subscribe Save for later
4 Comments
8th Apr
Played and completed and loved asylum and city...any thoughts on this vs knight? Think have them all twice on humble and epic
8th Apr

Played this again recently. Whilst not up to the heights of Asylum and City, I prefer this over Knight. Probably cos I really disliked the Batmobile in that game
9th Apr
Loved them all but curiously enjoyed this the most. Batman +snow = tip top fun. Def worth it at this price.
9th Apr
I started rewatching Gorham on netflix after playing arkham city as wanted to kmow who mr Freeze was etc! I