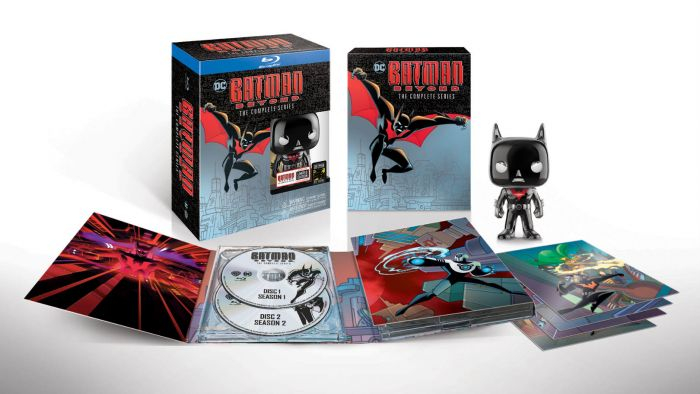 Use the new customer code WELCOME to bring the price down to £44.99 on a new account.

Rage and revenge for his father’s murder motivate Terry McGinnis to steal Bruce Wayne’s high-tech Batsuit. And then a greater purpose and sense of justice keep him wearing it. Across three seasons and 52 episodes of this highly acclaimed Emmy-award winning series, he patrols the streets and skies of Gotham City with Bruce as his guide. Get in on the exciting and explosive partnership between an ex-crime-fighter and his apprentice in the animated series that catapulted the Batman legend to new justice-seeking heights, now in beautiful High Definition!

Sadly, out of stock

Says available, I don't want to press buy now though so where does it say oos?
5th Jan
Thanks, was wanting to get that at some point and that's a much better price.
5th Jan
Ordered - thanks very much.
5th Jan
Just so y'all aren't disappointed, the bonus disc with Return of the Joker is a bog-standard DVD and not a Blu ray.
5th Jan

Specifically states blu ray in the listing, and I believe it is blu ray with the limited edition, just not with the standard edition?
5th Jan

Nope, I own it and can confirm it's a standard DVD. WB screwed EU customers over. Read up about it online if you like.
5th Jan

Bugger. I knew the standard edition came with dvd, thought it might have been the blu with the special edition. Thanks for confirming!
Edited by: "robertrychel" 5th Jan
5th Jan

Oh, it's also a censored version too.
6th Jan

Second. I got it from them for pre-order there shipping is awful really surprised it be a fine level of defence, what a disrespectful way to treat a batman collection where batman is the epitome of defence and being ready for anything, plus we got screwed on no digital code would have been nice to migrate batman & batman beyond to google play you can still get some foreign region 2 Blu-ray disks to make it a full Blu-ray collection also I think it's about time UK got a Blu-ray release for the film.
Edited by: "CursedNaruto" 6th Jan
6th Jan

Not really them it's a 3rd party working under Warner Bros the email support is atrocious and they really don't like to reply.
6th Jan
It's out of stock. I paid 70 on release like but it's a nice set. Thankfully I have the US import bluray of return of the joker that I was going to sell but then didn't because of the DVD thing.
6th Jan

All DC animated films are region free worldwide as Warner bros blurays are in general. You can get them second hand pretty cheap from America for those not released here on bluray.
Edited by: "stingersplash" 6th Jan
6th Jan
Spotted this last night and ummed and ahhed but finally ordered it over the standard version I posted from Amazon France for £29. This was partly because the site said the movie was blu ray not DVD as I'd read but mainly because I believe the funko figure sells well on eBay so if I can get £20 for that it makes up for the difference.

I'll still send them a snotty email if/when it turns up with a DVD of the movie though!
6th Jan
Are these really Warner Bros ? as payments go to the entertainment store who also trade on eBay .

Oh, it's also a censored version too. 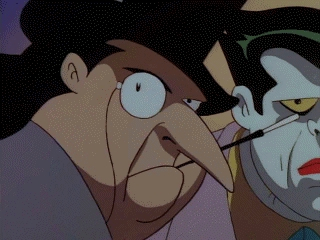 Don’t know what they’re thinking here, when the US set has the proper version as normal
6th Jan

They are probably in charge of selling for them. Much like Nintendo Store is The Hut Group and Sega Store is run by Yellow Bulldog. Zoom are definitely Universal though. Still, The Entertainment Store are great!
8th Jan
I ordered this deal the minute it was posted. But I just got an email saying it was cancelled due to no stock. Not even gonna lie I’m kinda mad. Thanks for posting this deal anyway OP.
Edited by: "mystogan12" 8th Jan
8th Jan

I ordered before I posted and just got the same email. How annoying! Says they were advised by the warehouse of no stock - you'd think the website availability would reflect stock like any other outlet
8th Jan
Got a e-mail saying they did not have any stock, then 5 minutes later got a dispatch e-mail.
8th Jan
I just got a dispatch too...
8th Jan
I had Dispatch first them the email to say they had no stock
8th Jan
I'm the same had an email from the entertainment store saying no stock and I'll be refunded then an email from Warner Bros saying it's been dispatched! Ideally it will turn up and I'll get refunded but I doubt it!
14th Jan
Anyone had this arrive yet or the refund
14th Jan

Anyone had this arrive yet or the refund

Not yet
14th Jan
Nope, I nearly posted the same, the refund hasn't appeared yet either.
14th Jan
I'm hoping no refund means it'll be delivered soon, fingers crossed...
14th Jan
Just got a refund.
14th Jan
Just got refunded here too...
14th Jan
Same here, so disappointing. Sorry guys.
14th Jan
Yep I've had the email, looks like no one is getting it.
15th Jan

Its all good man, guess I’ll just have to download them.
15th Jan

Its all good man, guess I’ll just have to download them.

You can still get the French standard version minus the movie from Amazon France for about £30 delivered.

I'm still deciding whether to go for them myself.
Edited by: "Jevarell" 15th Jan