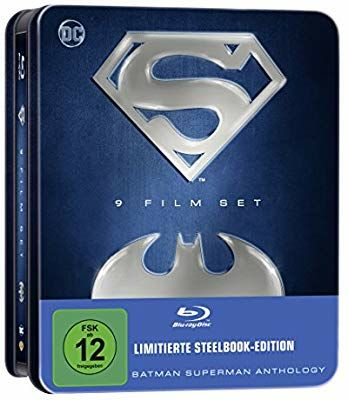 description
For all fans & collectors: All previous Superman & Batman films in one box.
9
Movie Set Superman - The film
director Richard Donner stages the theatrical version of the legendary Superman. The man of steel embodies the Golden Globe candidate Christopher Reeve.

Superman 4 - The world on the brink
Superman confronts Lex Luthor (Gene Hackman) and Nuclear Man (Mark Pillow): He must save the Statue of Liberty, prevent a volcanic eruption and rebuild the ruined Great Wall!

Superman Returns
After miraculously disappearing for several years, Superman returns to Earth. A sweeping new chapter in the saga of one of the most popular superheroes in the world.

BATMAN
Jack Nicholson is the wild card that a gruesome accident has turned into a mad criminal.
Michael Keaton is the masked crusader who has turned a childhood trauma into a fighter for law and order.

BATMAN'S RETURN
Michael Keaton plays again the legendary hero, who has to take on the mysterious Catwoman (Michelle Pfeiffer) and the diabolical penguin (Danny DeVito) - because he plans to destroy not only Gotham City, but also Batman.

BATMAN & ROBIN
George Clooney takes on the role of the mysterious Masked Crusader in this fourth installment of the blockbuster Batman saga. This time he has to deal with the cold-blooded Mr. Freeze.
PostTweetShare Share with WhatsApp Share with Messenger
Community Updates
Amazon Germany DealsAmazon Germany voucher codes
If you click through or buy using any of our links, retailers may pay hotukdeals some money, but this never affects which deals get posted. Find more info in our FAQs and About Us page.
New Comment Subscribe Save for later
3 Comments
28th Nov 2019
Dude. Price and merchant in the title. I may have mentioned this previously
28th Nov 2019
Good box set I bought this for £25.02 + Shipping so £26 from Amazon France from a previous deal on here 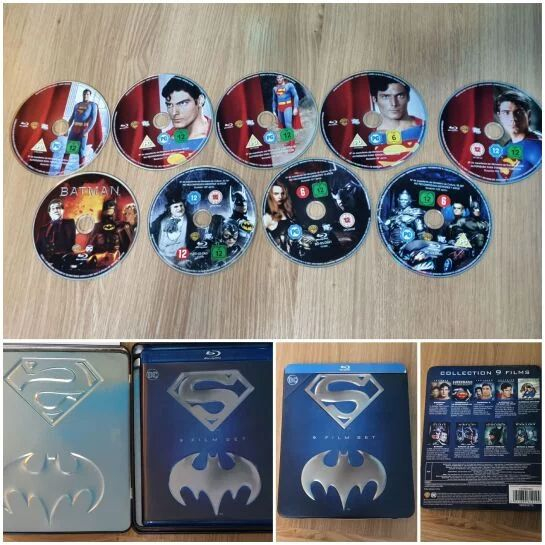