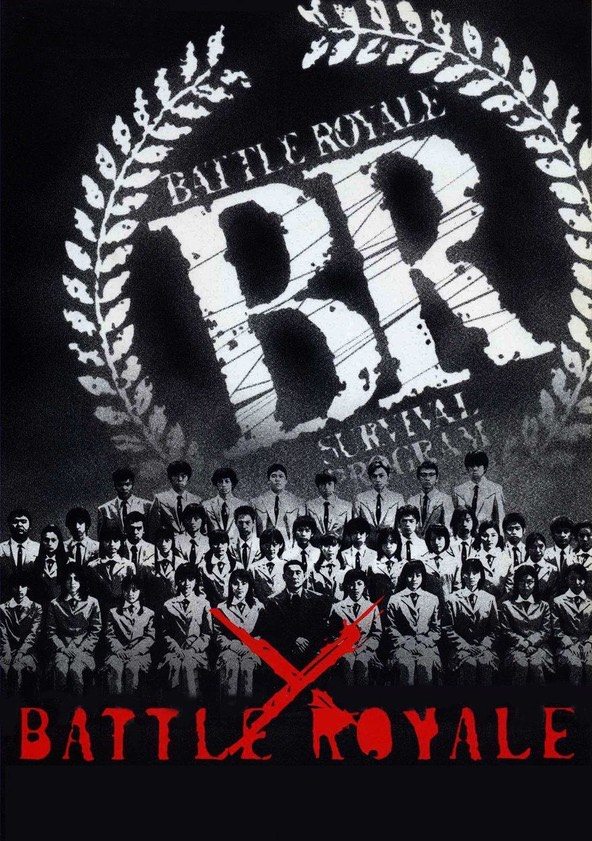 Battle Royale is back. It s time to return to the island and kill your friends, because the cult Japanese movie that defines twisted action and sickening violence is ready to shock you all over again.

In a world where teenagers have no respect and adults are losing control there can be only one solution: Battle Royale! Now, see what happens when you let a high school class loose on an island, arm them and then give them a simple choice... Kill your friends or have them kill you; with poison, cross-bows, machetes and dynamite. Beat Takeshi Kitano (Violent Cop, Zatoichi) is a teacher pushed to the edge by his unruly charges. Kidnapped and gassed, his class wake up with exploding metal rings around their necks. If they rebel, they could lose their heads. Now they have three days and only one is permitted to survive this grisly battle to the death.

Directed by the master of 70s Yakuza thrillers Kinji Fukasaku and featuring Kill Bill star Chiaki Kuriyama, Battle Royale is the movie that helped to define extreme Asian cinema in the 21st Century.
PostTweetShare Share with WhatsApp Share with Messenger
Community Updates
ITunes Store DealsITunes Store voucher
New Comment SubscribeSave for later
Top comments
6th Jul
If only this could be a reality. Maybe turn the Isle of Wight or Isle of Mann into the BR island ? Heat 🔥
6th Jul

Cold, most of these are free to play.

It’s a film 🙈
20 Comments
6th Jul
If only this could be a reality. Maybe turn the Isle of Wight or Isle of Mann into the BR island ? Heat 🔥
6th Jul

I was just about to post this. It would help with the feral children and teenagers roaming the streets.
6th Jul

Has the state of normality now reached the point where this seems like a good idea? I mean a celebrity battle royal with trump would be ideal, but surely absolute violence is never a reasonable option. When this film was released, normalit was very different from now, it makes that time seem innocent compared with now. Therefore I should imagine the shock value of this is somewhat detracted from then.

Anyway, if you don't know the director, he produced some excellent films in the 60s and 70s - Street mobster and doberman cop. Both are worth checking out!
Edited by: "Blofse" 6th Jul
6th Jul

Or put the dangerous prison population on the island. 1 winner then faces the next 100. If you survive 3 rounds you're free.
6th Jul
If this was the new format for love Island I might watch it.
6th Jul

How much of the actual prison population is dangerous though compared with the number of people in for petty crimes and fraud? No withstanding racism... I think you would struggle for 300 actual dangerous criminals!
6th Jul

Would you really want to let loose someone that dangerous AND resourceful?
6th Jul
Amazing film!
6th Jul
BR newbie here....why does it say “Battle Royale is back”? Is this a sequel or the original film?!?
6th Jul

Not sure why. Perhaps this is the 'special' edition? This is the original movie though. There is; however; a sequel: BR2.

Yeah its certainly confusing if you are new to the film. Thanks for clearing it up!
6th Jul
Rather have this than the purge happen in the UK!
6th Jul
Excellent movie!!!! ‌ ‌
6th Jul
Cold, most of these are free to play.
6th Jul

Cold, most of these are free to play.

It’s actually a brilliant movie and NOT a game 🙈
6th Jul
That’s op, this has been on the list! 🏾