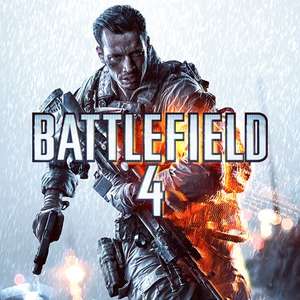 Battlefield 4™ is the genre-defining action blockbuster made from moments that blur the line between game and glory. Fueled by the next-generation power and fidelity of Frostbite™ 3, Battlefield 4 provides a visceral, dramatic experience unlike any other.Only in Battlefield will you blow the foundations of a dam or reduce an entire skyscraper to rubble, or lead a naval assault from the back of a gun boat. Battlefield grants you the freedom to do more and be more while playing to your strengths and carving your own path to victory.In addition to its hallmark multiplayer, Battlefield 4 features an intense and dramatic character-driven campaign that starts with the evacuation of American VIPs from Shanghai and follows your squad's struggle to find its way home.There is no comparison. Immerse yourself in the glorious chaos of all-out war, found only in Battlefield.

Combining furious run ‘n’ gun action and deep, roguelike mechanics, Neon Abyss pits you as a member of the ‘Grim Squad’ – a task force set-up by Hades himself to infiltrate the Abyss and defeat the New Gods. Death is not the end as every time you die, you’ll find yourself more empowered than before.

Evolving Dungeon
With each run, you will be able to unlock new rooms, items, bosses, special rules and even new endings! This means each dungeon is unique and expandable, being tailored to your own specific playstyle.

Unlimited Item Synergies
As you progress through each dungeon, random item drops will be key in helping you infiltrate the Abyss and these passive effects can stack between every item. With no limit to how many can apply; a wide variety of combinations will make each run unique.

Hatch and Evolve Pets
If you need some company on your journey into the depths of the abyss, or just some additional firepower or assistance, eggs can be found which will turn into a random pet that has a special ability and will evolve the longer you survive.

Mini-games
Take a short break from slaying minions and take part in random mini-games that will also bag you some loot! Jump into Piano Performances, Meditation Challenge, Dance Competitions, and more – staying alive just got a lot more interesting!

A PLAYING FIELD MADE FOR YOU, BY YOU
• Use the comprehensive Academy editing suite to create a player just like YOU as well as your own courts, or you can download thousands of community creations.

THE BEST PLAYERS IN THE WORLD
• See how you compare to the big names on the ATP & WTA circuits, including Rafael Nadal, Ash Barty, Angelique Kerber and many more.

A COMPLETELY REDESIGNED CAREER MODE
• Set out to conquer the world rankings in a singles career or in doubles with a friend. Manage your Reputation, sponsors and performance to reach the top.