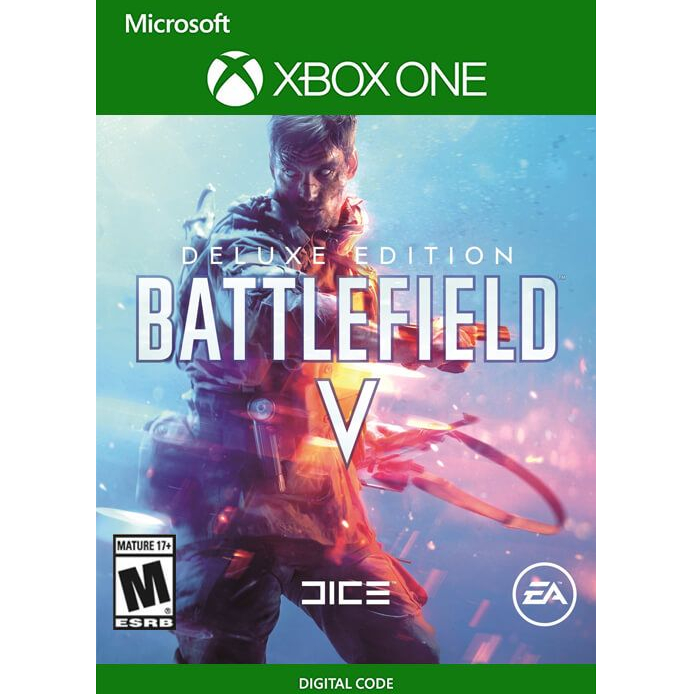 
Developed by EA Dice, Battlefield V (BF 5) is the continuation of the classic FPS franchise and a return to its roots thanks to its focus on WWII. Prepare for a compelling solo campaign featuring the most famous battlefields and for a complex multiplayer mode.

Familiar campaignsFocused heavily on going back to its roots, Battlefield V features a complex, diverse solo campaign letting you explore the storyline from different perspectives. Take control of several different protagonists and take part in some of the biggest battles in history. Participate in the story of a German woman fighting in The Resistance against the Nazi occupation. Uncover many other unique stories gathered in the War Stories mode. Prepare for clashes in the scorching heat of African desert, sublime, yet hostile Norwegian mountains, as well as many other unique locations.

New multiplayer modesWith the Grand Operations as the leading mode, Battlefield V features a comprehensive online segment. Prepare for many engaging scenarios which will take you all over the world, each of them presenting a different challenge to deal with. 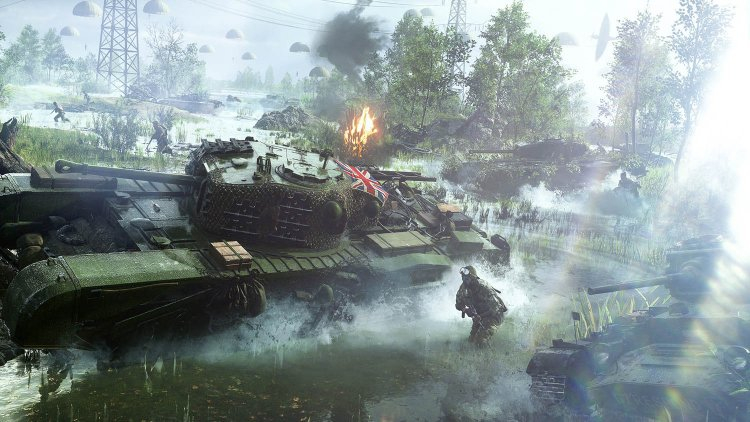 Choose one of several soldier classes participating in various operations and support your team. As a medic, you’ll focus mostly on helping your companions survive the skirmish. While playing as a scout you will inform your fellow troops about the enemies’ positions. Explore realistically-designed battlefields such as Rotterdam, Northern France, or Africa.

Discover new possibilities provided by your bases and fortifications. Make decisions about the benefits you want them to offer, such as where to install the heavy machine-guns and other useful gear. Check out new health management system, providing a more realistic approach. Imitating real campaigns from the war, Battlefield 5 multiplayer gameplay is a real treat for the military FPS fans.

Fabulous co-op modeInvite your friends and play together in the compelling new co-op mode designed for four players. Combined Arms allows you to customize your character thanks to a multitude of cosmetic options and weapon loadouts.

Once you’re ready, form a team, which will then parachute down onto the opponent’s home front! Sow confusion in the enemies’ ranks. Great entertainment for you and your friends!

Improved mechanicsEnjoy broad improvements in the character’s creation, including the soldier animations, their appearance, loadouts, and new accessories. Learn how to use each weapon and get accustomed to their unique kickback. The clashes have never been so gripping and realistic!

PostTweetShare Share with WhatsApp Share with Messenger
Community Updates
CDKeys DealsCDKeys voucher codes
If you click through or buy, retailers may pay hotukdeals some money, but this never affects which deals get posted. Find more info in our FAQs and About Us page.
New Comment Subscribe Save for later
Top comments
6th Aug 2019

Great price. Why is so cheap?

Still has some issues, slowly getting there but its know where a AAA title should be. EA have made lots of promises but aren't sticking to them.
6th Aug 2019

Great price. Why is so cheap?

Because it's the worst BF ever.
6th Aug 2019
For anyone who cares about achievements, most multiplayer ones on this are broken.
6th Aug 2019
So far 330 hours clocked in game. I love it and 100% recommended to anyone thinking about getting the game. At £10 you can't go wrong. I didn't play the campaign but I love the multiplayer. I am playing on PS4 pro every day and for me has been great however I don't know the bug situation on xbox. I had 630 hours on BF1 and I definitely prefer this game already.
6th Aug 2019
The single player is good, but buggy it seems. Still working my way thru it. I'd say potentially you're better off getting the EA pass if you want to play this for single player, and then see how you go... least you've got some other games to work thru then for not much more £. If multiplayer is your thing, seems really decent, then maybe punt for this for longesvity... good price!
6th Aug 2019
Worth a tenner but I'm still weeping for how they messed this one up. They nailed the gun play to be fair though.
6th Aug 2019
I'm an idiot for paying £70 for deluxe Edition in release
6th Aug 2019

Because it's the worst BF ever.

I'm an idiot for paying £70 for deluxe Edition in release

In release I paid £28 for standard digital copy from foreigner website but I am happy since I have been playing it,
6th Aug 2019
Played for the first few months after release right up to when the battle royal mode was added but new content trickles through very slowly and the same few maps become extreamly repetetive, tried it again last week and nothing has changed.

If you want BF fun, get BF1! Myself and a few friends thought we would revisit it last night just to compare really and its amazing how much better it is compared to V in pretty much every department. Can still find a fair few full servers on BF1 and have a blast, especially in operations!
Edited by: "oOFincHyOo" 6th Aug 2019
6th Aug 2019
I would pay a tenna for PC version. Not spening £ 20 on it, no chance bro.
6th Aug 2019
Wasn’t there talk of this getting a battle royale mode ? Did it ever happen ?
6th Aug 2019

It is, 2.6/5 on xbox store reviews makes it the lowest rated battlefield overall. The game has a committed fan base like yourself, but the overall reception is bad.

It did get one and it's actually really enjoyable. If you like BR of course. I personally thinking the outrage at them is a bit silly because no one is forcing you to play them. Apex is still my favourite but i do play this one every now and then
6th Aug 2019

Because it's the worst BF ever.

Not even close, and miles better than One
6th Aug 2019

Thank you for the info , got to say I’m well into Apex to at the moment and loving it
6th Aug 2019
Waiting for £10 for the PC version
6th Aug 2019
I would wait for the UK servers before you buy it. LoL
6th Aug 2019
I bought this cheap and hated it, doesn't look or feel like WW2 at all.
Bf1 is amazing and feels like a WW1 game.
If you want a good multiplayer WW2 game get Hell Let Loose or Post Scriptum. Unfortunately not available on consoles. I'm thinking of building a high end gaming PC just to play them.
6th Aug 2019
Have to feel that any buying any game on its own that's in the ea access vault isnt worth it when a years membership is under £20. When buying this for a tenner you have to ask yourself will you be playing it in a years time, with everything else you get with EA Access its no debate.
6th Aug 2019
This could be free with a packet of cornflakes, I still wouldn’t touch it out of principle. Same goes for 007...go woke, go broke!
6th Aug 2019

Not even close, and miles better than One

I don't play it anymore, does not mean that 1 wasn't broken and lacking in content and balance.
But you keep being smart.
6th Aug 2019 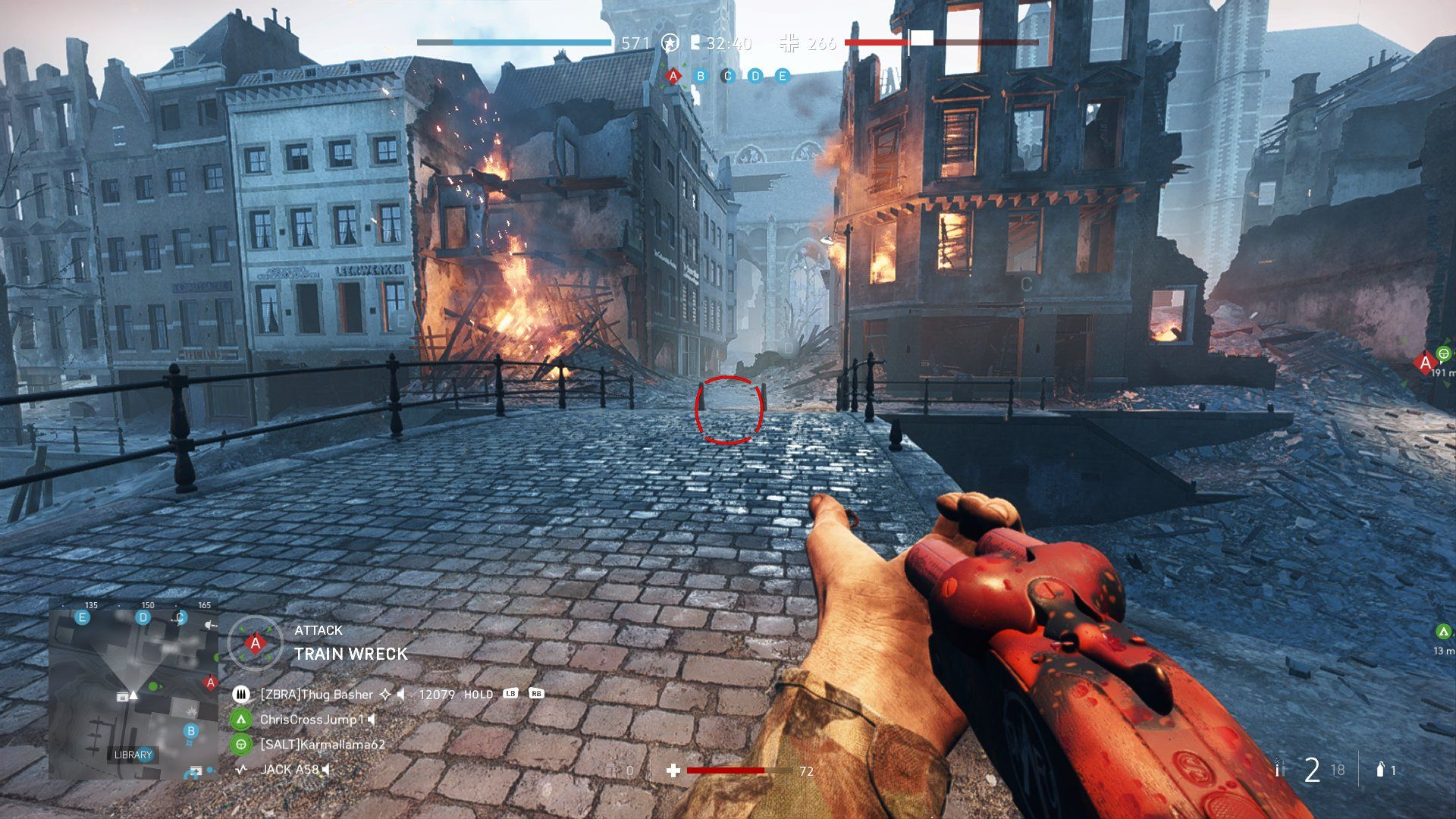 It had far more content the bfv and was nowhere near as buggy.

Nope it had more content at the same time in its cycle and was far less buggy.

Its sad you justify this live service junk Ea serve up

Have you bought any cosmetics too
6th Aug 2019

And you pimp bad ones