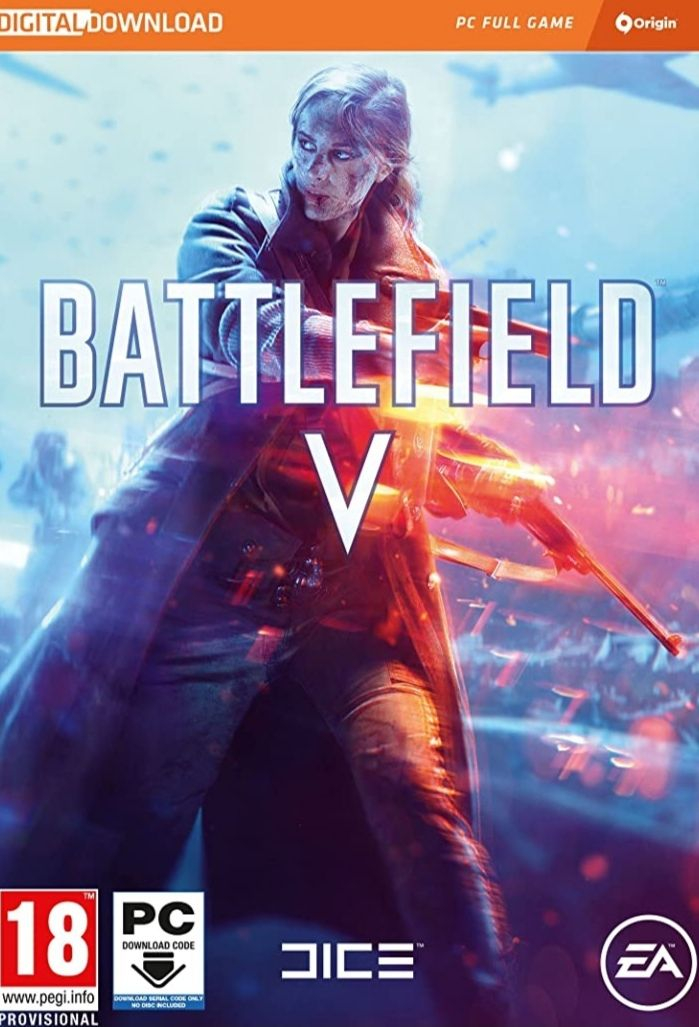 64-Player Multiplayer in the Chaos of All-Out War
Lead your Company to victory in all-out multiplayer with new experiences like the massive Grand Operations mode. Take on classic modes like Conquest or squad up with friends in the cooperative Combined Arms.

Battlefield V woods
Play Untold War Stories
Witness human drama set against global combat in the single player War Stories. Ski down Norwegian mountains as you battle for control of nuclear weapon supply lines, join the frontline with the French colonial troops, or go behind enemy lines in North Africa with a band of misfits sent to create mayhem.

Firestorm
Firestorm
Firestorm is Battle Royale, reimagined for Battlefield V. Prepare for an all-out war of survival in a quest to become the last squad standing. With the weapons, vehicles, team play, and destruction that Battlefield is renowned for, Royale will never be the same.
PostTweetShare Share with WhatsApp Share with Messenger
Community Updates
Amazon DealsAmazon discount code
New Comment SubscribeSave for later
6 Comments
14th Jun
why would anyone buy this now? no offence OP, not voted on it either way
14th Jun

why would anyone buy this now? no offence OP, not voted on it either way

I see what your saying mate
It isn't like the servers are being shutdown it's just end of context release.

Still getting updates for the health of the game.

And there was the two new maps last week

There isn't gonna be a Battlefield game for some time.

Still plenty of life left, it's like hard line has a player base still
Edited by: "Jordan_Taylor" 14th Jun
14th Jun

why would anyone buy this now? no offence OP, not voted on it either way

you should say why would anyone not buy this game for £8.99

Theres a tonne of content! Probably close to 20 maps now. on ps4 there are endless amount of full servers right now I don't know about PC but PS4 player base will easily last until the next BF game.

After they announced end of support for this game I tried BF1 again and my god the gunplay and graphics on this completely beats BF1. I have 630 hours on BF1 and 693 hours on BFV, I know the games well.

I played the 2x new maps all day today and was pure awsome. The game feels like a complete package now, even of they are not adding new content.

This game gets too much negativity in my opinion. People just hate BFV for the bad launch and thats it.
14th Jun
I did say no offence meant, so don't take any, I played the alpha, beta of this and the free weekends and it just wasn't for me, still play BF3/4, the rumours about BF6 are encouraging
14th Jun

Hi Jordan wasn't replying to you