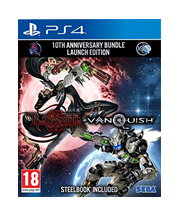 Price dropped by a pound since morning. Now Base is the cheapest.

Pre-order, Due for release on 18 February 2020. Base takes money on dispatch. 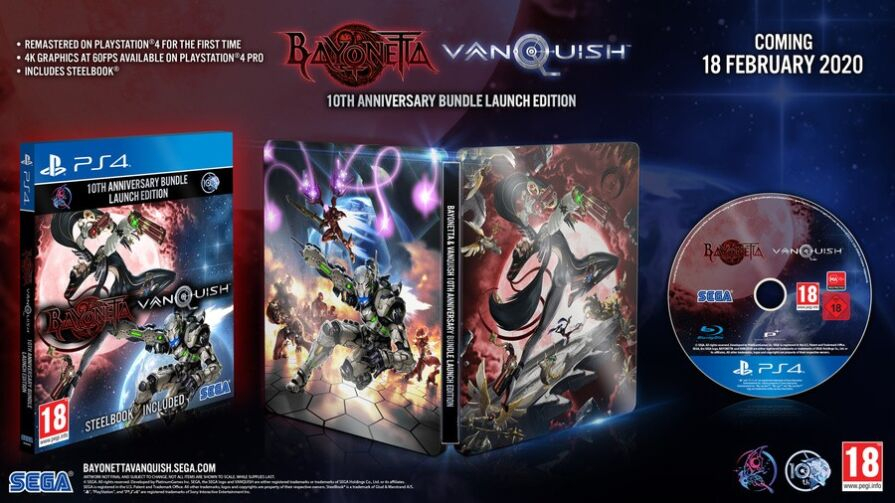 Bayonetta Experience the genesis of the Bayonetta series with the cult classic, original actionadventure game. The tantalizing Umbra Witch rises from the depths after half a millenium in slumber with no recollection of her mysterious past. Immediately thrust into battle, she must vanquish her countless enemies to piece together the truth.

Take advantage of Bayonetta’s arsenal of skills including shapeshifting into various animal forms, summoning demons with her hair, and exercising her mastery of the bullet arts. Hack, slash, and open fire upon hordes of celestial foes in this wickedly charming action-packed adventure.

Vanquish The hit sci-fi shooter returns. An overpopulated Earth suffocating under limited resources looks to Providence, the solar-powered space colony for support. When Providence is suddenly taken over by a mutinous group and its technology used to devastate cities, it’s up to a specially trained unit of space marines to reclaim the colony.

Equipped with BLADE, the experimental weapon system that can scan, copy, and save up to three existing weapons, space DARPA agent Sam Gideon must infiltrate Providence, defeat legions of future-tech foes, and disable the energy transmitter threatening life on Earth. 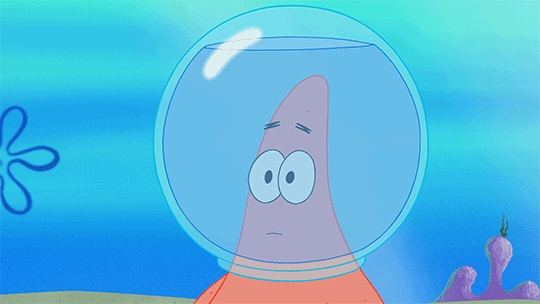 23rd Jan
Roll on 18th Feb
23rd Jan
I've only ever used base for games that have already been released and they usually seem to come from abroad. Whilst the games themselves are UK copies the envelopes always have customs information and signatures on them. If I ordered this how likely is it to arrive on release given it's a Tuesday?
Edited by: "SFP_NooDLe" 23rd Jan
23rd Jan

With preorders they normally use the publisher/distributor directly to get the orders on the first day to customers. Unlike the released games that are coming in white envelopes, the preorders are normally sent in those carboard-amazon-alike envelopes. Preorders are normally arriving on the day of release or on occasions, a bit earlier too based on my past experience. But what you said about released games are correct since they are coming from Switzerland.
23rd Jan
Thanks op(y) anddddd Vanquish>bayonetta
23rd Jan

Cheers for the info, ordered
24th Jan
I really just want Vanquish , but heard Bayonetta was a fun romp.