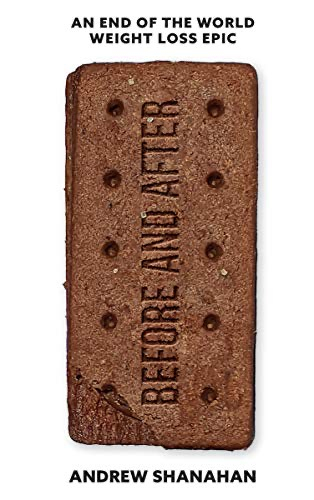 “A big fat five stars. This is a horror story. It’s a visceral portrait of addiction and the hope of redemption in a world turned mad by hate and fear. The worst thing is that it is true. A must-read.” Jane Almond-Deville, The British Obesity Society.

He needn’t worry though, because the world is about to end.

“If you’re looking for a lovable main character, an action-packed story and a load of humour and horror along the way, you should definitely grab a copy of Before and After. Gore, humour, suspense, heart – it has everything, with as many twists and turns as you could hope for.” Dystopic.co.uk

“Thought-provoking and inspiring, Before and After works on many levels.” The British Fantasy Society

★★★★★ “This book is almost too well written, I had to stop reading to wince at some of the gory bits. I cried in parts and found myself just wanting MORE.” Emma Jones