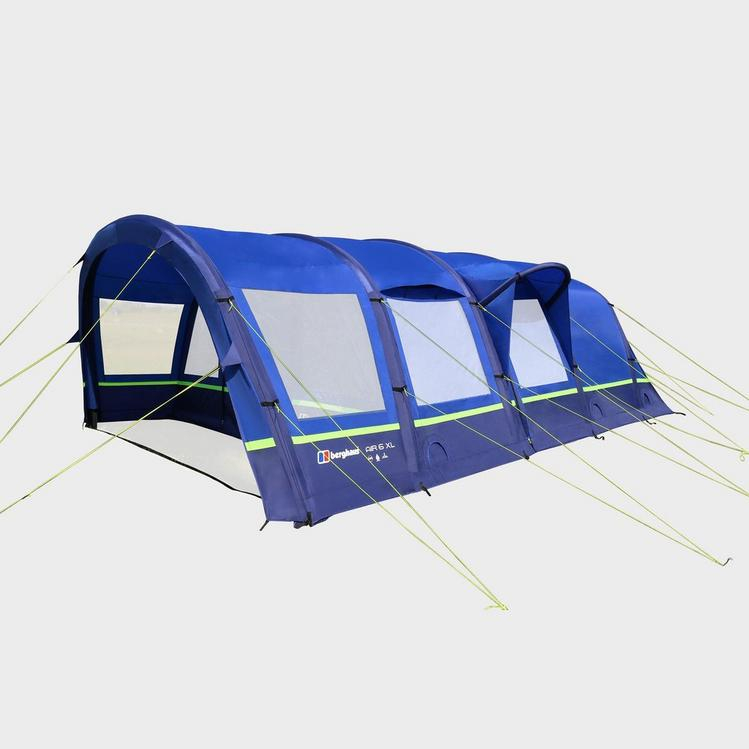 Was cheaper, briefly, in September but every since has been either out of stock or excluded from sale. Currently in stock and subject to voucher code to make it 607.20. Looks like a great footprint and size for family tent.

What I like the look of in this tent is that there are three double bedrooms along the back. All equivalent air tents I have seen have only two doubles (or a double and two singles). Because this sets the dimensions of the tent that means you get at least 30% less living area in the other tents (and generally much less as they aren't as long in the other dimension either), and 30% less porch space.

So the question is not whether this is cheap for a tent, it isn't, but it is cheap for THIS tent (second hand start at about 400 on eBay) and this tent is bigger than other air tents costing twice as much.
PostTweetShare Share with WhatsApp Share with Messenger
Community Updates
Millets DealsMillets Discount Codes
If you click through or buy, retailers may pay hotukdeals some money, but this never affects which deals get posted. Find more info in our FAQs and About Us page.
New Comment Subscribe Save for later
3 Comments
27th Dec 2019
I know the old "time machine" etc argument but this has been a lot cheaper (even when I bought just before the summer when I was desperate when our old Outwell tent ripped putting it up).

So I'm sure it will be even cheaper in the future and guess not many people will be going camping before spring. 😁
27th Dec 2019
Not that I can see for the 6XL. For the 6 and for the 4XL sure, but best offer I have seen had been 550 in September time.