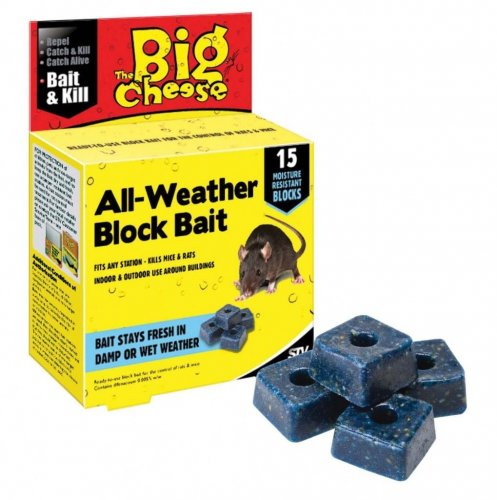 My rats love these. I have often had problems getting suspicious rats to accept poisoned bait, but this stuff disappears as fast as I put it out. It's at least twice the price on Amazon for this pack, though some of their deals for larger packs are competitive. The pic is from Amazon.

edit- one week later, just found a dead rat in the chicken run, and last night's bait is untouched.
PostTweetShare Share with WhatsApp Share with Messenger
Community Updates
Home Bargains Deals
New Comment SubscribeSave for later
9 Comments
9th Dec 2014
[image missing]
9th Dec 2014
I put these out last year after seeing a mouse near garden and they went in hours, put more out and went back out and found them covered in slugs and snail. Not one furry in sight.
9th Dec 2014

Just wondering what happens if a dog or cat eats them. I assume they die.

Follow the instructions. I suppose I should add, for the sake of completeness, don't eat them yourself.
9th Dec 2014

Thanks. I'll sleep better tonight. Feck off ya ****.
You know what I meant. Some eejits would buy these and just toss them somewhere where anything animal, or even human, could get hold of them.
9th Dec 2014

I hope your neighbours pets don't come near your garden!
Edited by: "bruceboy" 9th Dec 2014
9th Dec 2014
Don't panic I put them out of the way, the mouse I saw could have been one the cat next door dropped off she sit's mousing near chick shed end of nextdoors garden.