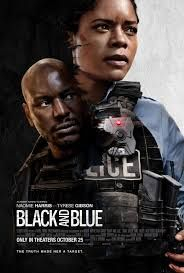 "One good cop battles for her life against a corrupt police force and a bevy of criminals in Black And Blue, a solidly crafted piece of B-movie entertainment. This taut, disposable chase thriller has its share of cheesy plot twists and cardboard supporting characters, but for the most part the film follows the lead of its star Naomie Harris, who gives a no-nonsense performance which is fully committed to the script’s tightly wound tension. Although less convincing when it tries to say something meaningful about racism and police brutality, Black And Blue has sufficient pulp pleasures and a winning confidence in executing its modest ambitions."
PostTweetShare Share with WhatsApp Share with Messenger
Community Updates
2 Comments
Post a comment