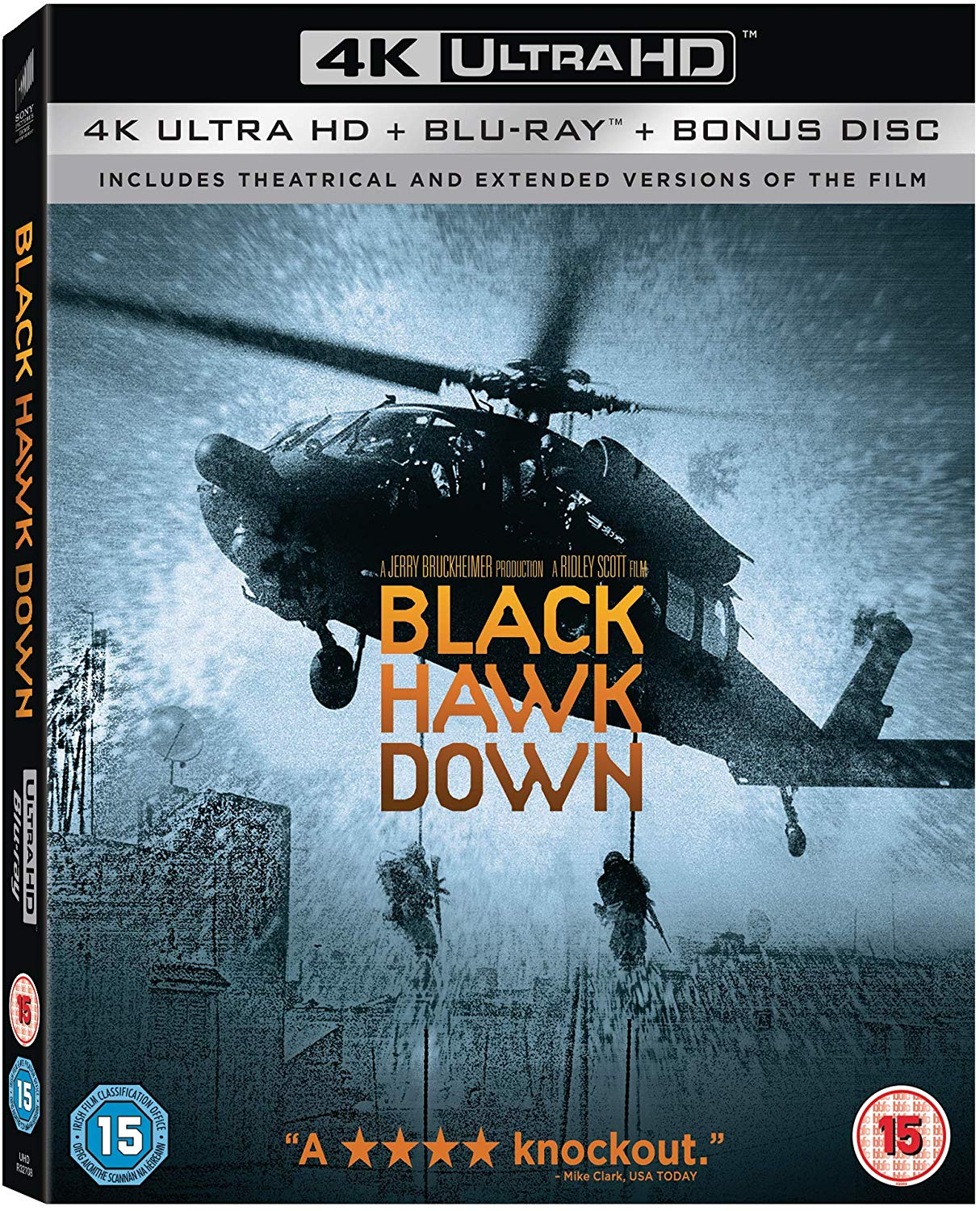 From acclaimed director Ridley Scott (Gladiator, Hannibal) and renowned producer Jerry Bruckheimer (Pearl Harbour, Armageddon) comes a gripping true story about bravery, camaraderie and the complex reality of war. Black Hawk Down stars an exceptional cast including Josh Hartnett (Pearl Harbour), Ewan McGregor (Moulin Rouge!), Tom Sizemore (Saving Private Ryan), Eric Bana (Chopper), William Fichtner (The Perfect Storm), Ewen Bremner (Snatch) and Sam Shepard (All The Pretty Horses). In 1993, an elite group of American Rangers and Delta Force soldiers are sent to Somalia on a critical mission to capture a violent warlord whose corrupt regime has led to the starvation of hundreds of thousands of Somalis. When the mission goes terribly wrong, the men find themselves outnumbered and literally fighting for their lives.
PostTweetShare Share with WhatsApp Share with Messenger
Community Updates
Amazon DealsAmazon discount code
If you click through or buy, retailers may pay hotukdeals some money, but this never affects which deals get posted. Find more info in our FAQs and About Us page.
New Comment Subscribe Save for later
9 Comments
29th Nov 2019
GREAT film!!
29th Nov 2019

And high levels of compression / no resale value

I have the disc with a 5.2.4 set up and my ears are not gonna pick every single detail that's different between them as i wouldn't be doing a comparison.
Edited by: "AJ92" 29th Nov 2019
29th Nov 2019
Rough film. Made me want to puke afterward, but the point hit home about the brutality and senselessness of war.
29th Nov 2019
Watched this a few weeks ago, didn't even know so many pre famous people were in it even Jamie Lannister from GOT.
Few really bad moments, the RPG seen you can see the wire the grenade flys along.
29th Nov 2019

War isn't always senseless, to be fair. If, for example, a sadistic, malevolent narcissist with an interest in paranoia inducing research chemicals, world domination and quirky mustaches, who just so happens to have an army under his control, as well as a depraved mind bursting with extremely bad ideas (on a scale of all ideas ever conceived by any intelligent species that ever existed), decides to engage in some things that you just can't abide, then there can be a certain sapience in taking a military stance.

On the other hand, if you whip up a load of pork pies with your mate, Tony, so you can con the people who pay your wages into using all their money to steal oil form another country, like some massive parasitic globalist tick, purely, of course, to line your own pockets, (even when the bill has to be paid in the blood of your loyal service personnel, and of course just as many locals as you like) ...then yep, I'm with you.... Senseless to the point of criminality(*)(†)(§) AND immorality!(‡)

[*]^ Laws may not apply dependent on individual net worth or personal connections.
[†]^ Some billionaires, their loved ones and those holding compromising 'tapes' featuring them, may be exempt from justice.
[§]^ This does not affect your statutory rights if you are a member of the unwashed, they are just something we make up to trick you into thinking you matter.
[‡]^‌ Nope... im-moral-ity?? Hmmm, you've lost us, not familiar with that one. Is that like when you live forever?

And high levels of compression / no resale value

Why would he resell a movie that he may want to keep as part of his collection?

Would love to see the detrimental effect of this high level of compression..does it turn it into vhs quality?