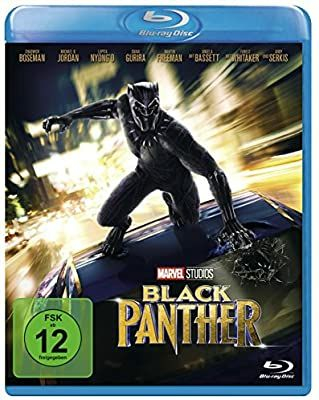 description
Summary
Following the dramatic conflict between the members of the Avengers, T'Challa alias Black Panther returns to his home in Wakanda. After the death of his father, the heir to the throne must take his rightful place as the king of the isolated but technically advanced African state. But when an old enemy of the country rises again, not only are the powers of the legendary hero BLACK PANTHER put to the test, but also the skills of T'Challa to lead his people through this crisis. If he is not up to the fight, not only the fate of Wakanda, but that of the whole world is at stake. facebook.com/Marveldeutschland


Movieman's technical assessment: The vastness of the African steppe with its soft reddish earth and sun-bleached bushes is reproduced very authentically and down to the last detail

The latest film from Marvel has a pleasant contrast to its predecessors. If you want to compare him with one, it's best with THE RETURN OF THE FIRST AVENGER, because there was also a current, political substructure that not only made the story more diverse, but also more explosive. It is now the same at BLACK PANTHER, where the big conflict is at stake: further isolate the extremely progressive Wakanda or go out into the world? And if the latter, how? As a helper or conqueror, the film draws immense tension from it, but it also scores points because it has a villain who is three-dimensional and understandable. This is not a villain twirling his mustache who is evil for the sake of evil, but a person whose experiences have shaped and radicalized him. BLACK PANTHER also looks great. Thanks to the settings in Wakanda, it looks more futuristic than the rest of the Marvel universe, combined with the contrast of ancient traditions. This is also a field of tension that is used excellently. In addition, there are of course the very big action inserts that make the eyes pass, but are also enormously dramatic. Conclusion: The best Marvel film in years! (Bella Buczek)

Moviemans Technical Assessment:The vastness of the African steppe with its gently reddish earth and sun-bleached bushes is reproduced very authentically and down to the last detail. Even in backlight scenes (10.03) on the window, objects in the background remain recognizable, but lose color fastness. Faces in the close-up are a force of detail. But acoustically at the latest when the spaceships come into play, it really gets down to business (33.45). The airplanes thunder past with great force, Black Panther sprints away powerfully (35.10). Sand splashes on the back when the projectiles hit the ground. In the original English version, the bass level goes a little bit lower. The bonus package is lush. There are 4 featurettes around the technology, the Black Panther, the warriors and more. There are also some extra scenes, as well as a clip with breakdowns from the shooting. All in English with German subtitles. Conclusion: One of the best Marvel films in recent years.
PostTweetShare Share with WhatsApp Share with Messenger
Community Updates
Amazon Germany DealsAmazon Germany voucher codes
If you click through or buy, retailers may pay hotukdeals some money, but this never affects which deals get posted. Find more info in our FAQs and About Us page.
New Comment Subscribe Save for later
3 Comments
21st Dec 2019
Awful film. Wouldn’t even take it for free.
21st Dec 2019

Awful film. Wouldn’t even take it for free.

Awful film. Wouldn’t even take it for free.