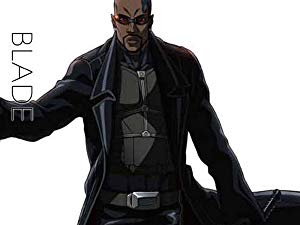 12x episodes of this animated series

Blade is a "daywalker" vampire hunter who was born with human and vampire blood in his veins after a vampire attacked his mother. Blade is visiting Japan on a mission where he not only confronts Deacon Frost (the vampire who killed his mother Tara Brooks), but also goes up against a mysterious organization of vampires known as "Existence".
PostTweetShare Share with WhatsApp Share with Messenger
Community Updates
Amazon DealsAmazon discount code
If you click through or buy using any of our links, retailers may pay hotukdeals some money, but this never affects which deals get posted. Find more info in our FAQs and About Us page.
New Comment Subscribe Save for later
1 Comment
2nd Jan
Interesting
I like blade
I like cartoons
I will watch the first episode then come back and give my verdict😁