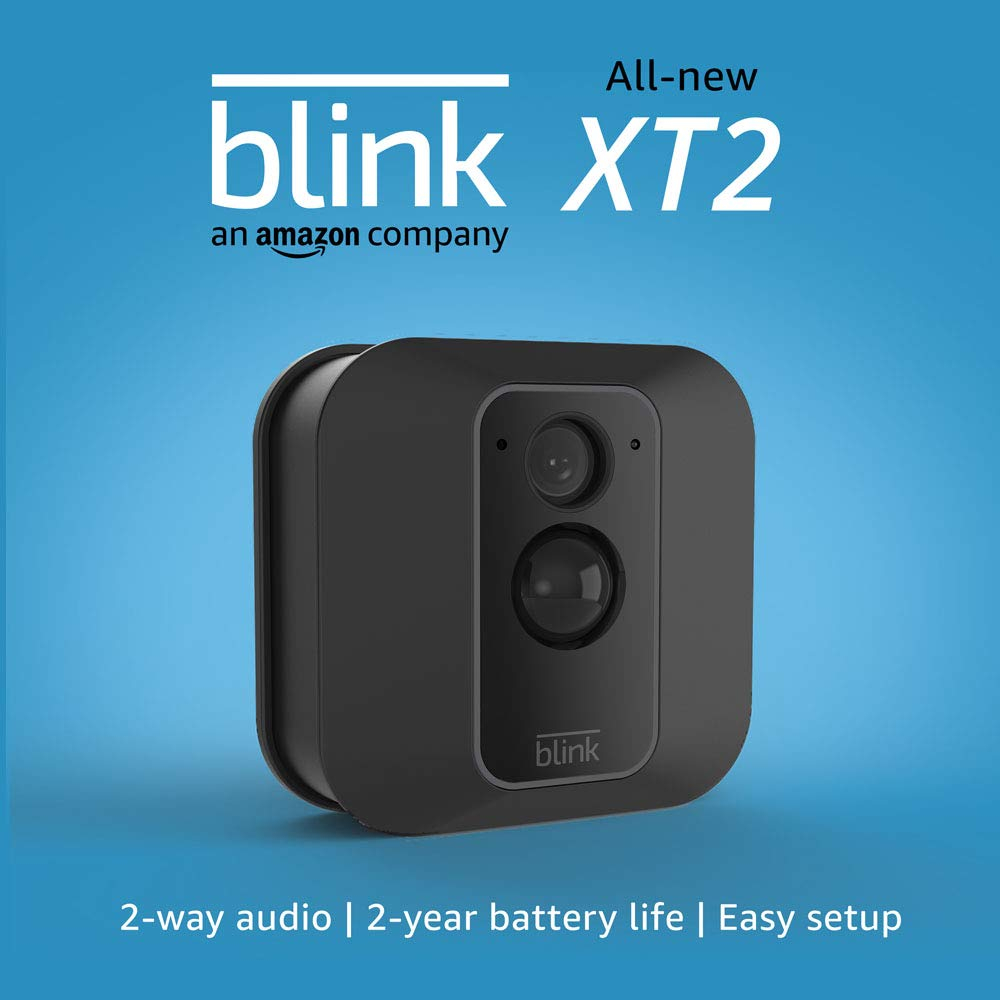 Link to all cameras

What you just said sounds like a different language but my blink camera’s work brilliant. I set them up myself in about 5 minutes so I’m not sure why anyone would need to know about all that jazz?
17th Oct 2019

Lol. U r one of the lucky ones. It all depends on build of your house and how many devices you or your neighbors have. These run on 2.4ghz so prone to interference. I have had to update my whole WiFi system in order to get mine running.
17th Oct 2019

Why wait till black Friday... Argos have them for £63-£66 a camera depending on the bundle you pick.

Regular price, nothing special. I will wait for black Friday

I think they are running a promotion at the minute and this is actually 20% off the regular price.
17th Oct 2019

All my smart devices run on 2.4ghz and never had any interference. In fact I've changed my broadband provider to have 5ghz in order to avoid interference. Luckily my router is dual, now on 2.4, so I can use the devices. I've changed my router after reading 'advice' here. Good I didn't change my laptop after reading on HUKD that aparently 4GB RAM and i3 is useless, but my laptop is in fact great, good I didn't change my son's tablet because according to some, 1 GB RAM is useless and so on. Sometimes we create a problem that does not exist. I guess the person you replied to is not 'one of the lucky ones' otherwise there will be plenty of negative comments here. Perhaps they are way more lucky ones than unlucky ones.
But I agree with you, this scenario can or will happen. If you're unlucky. I only had issues with interference with a £10 wireless for bell. Somebody else on the street had the same like mine and when he was having visitors, mine was ringing too.

Edited by: "sheffield788" 17th Oct 2019
17th Oct 2019
I bought a 2-camera bundle a in late August for £144 as we had a parcel stolen from our porch. They're OK but have limitations. The promotion seems to be a fairly consistent, ongoing one.

Living in a post-war brick built house does seem to impede the wireless, not just on these cameras, but the Ring2 doorbell I installed just before. Both have fallen off the WIFI a couple of times now, despite the the doorbell and the sync module for the Blinks being less than 3m from the Router. In both cases I have had to uninstall the phone app, reboot and reinstall to get the system to register again. The sync module has struggled to connect to both cameras, one at the front of the house and the other at the rear and I have had to bodge where it currently sits - equidistant from each camera - until I can sort something more permanent. The cameras are around 4m from the sync module.

In the case of Blink it is all controlled and viewed via the phone app. I'd rather it allowed both phone app and desktop computer access so that I could review the video, download to where I want it, if I want to keep it, and delete if not, without eating into battery life.

Like all motion activated stuff, there is a slight delay between the person triggering the camera and the recording. This isn't a huge problem, but I would suggest you position the cameras so that you will still get a worthwhile video after activation - too high and you'll only get the top of whoever's head.

The camera mounts are pants! The design is such that you screw the mount, to the wall and then simply snap the camera to the mount. Re-positioning can be fun as the camera often wants to snap off the mount rather than move it. If the camera is low enough to be reached, it can easily be pulled off an carried away (you'd probably have a video of them stealing it, but I'd rather have the video of them trying AND the camera!) The mounts are also quite short, so this restricts how you can mount the cameras. I needed to mount on the side of the house and the mounts were just not long enough to get the right angle back down the alley. I bought some third-party mounts that encase the camera, so are a bit more secure, have a ball and socket joint to enable much more scope with positioning, and are about 3 times as long as the standard mounts which meant I could get the camera far enough out from the wall and angled almost parallel to it.

As for spurious triggering, it has been limited for me. This is mainly because the one at the rear of the house doesn't see much movement - mainly me going out the back or a fox at night. Washing on a windy day did also trigger it repeatedly, but adjustment in the area settings, and not hanging washing right up to the end of the line has sorted that. The other camera is currently mounted inside the porch and the angle is such that traffic isn't detected. The Ring2 doorbell, however, does get a fair bit of triggering from traffic or, more likely, people walking past.

If I were to give a rating it would be 4/5. They do what I want them to to, but they are not perfect. That said, I'm not sure a full CCTV system would be any better for my needs.

I am planning to buy another pair at some point with the intention of having a sync module each at the front and back of the house, but am in no rush so will probably wait to see if the price drops further.