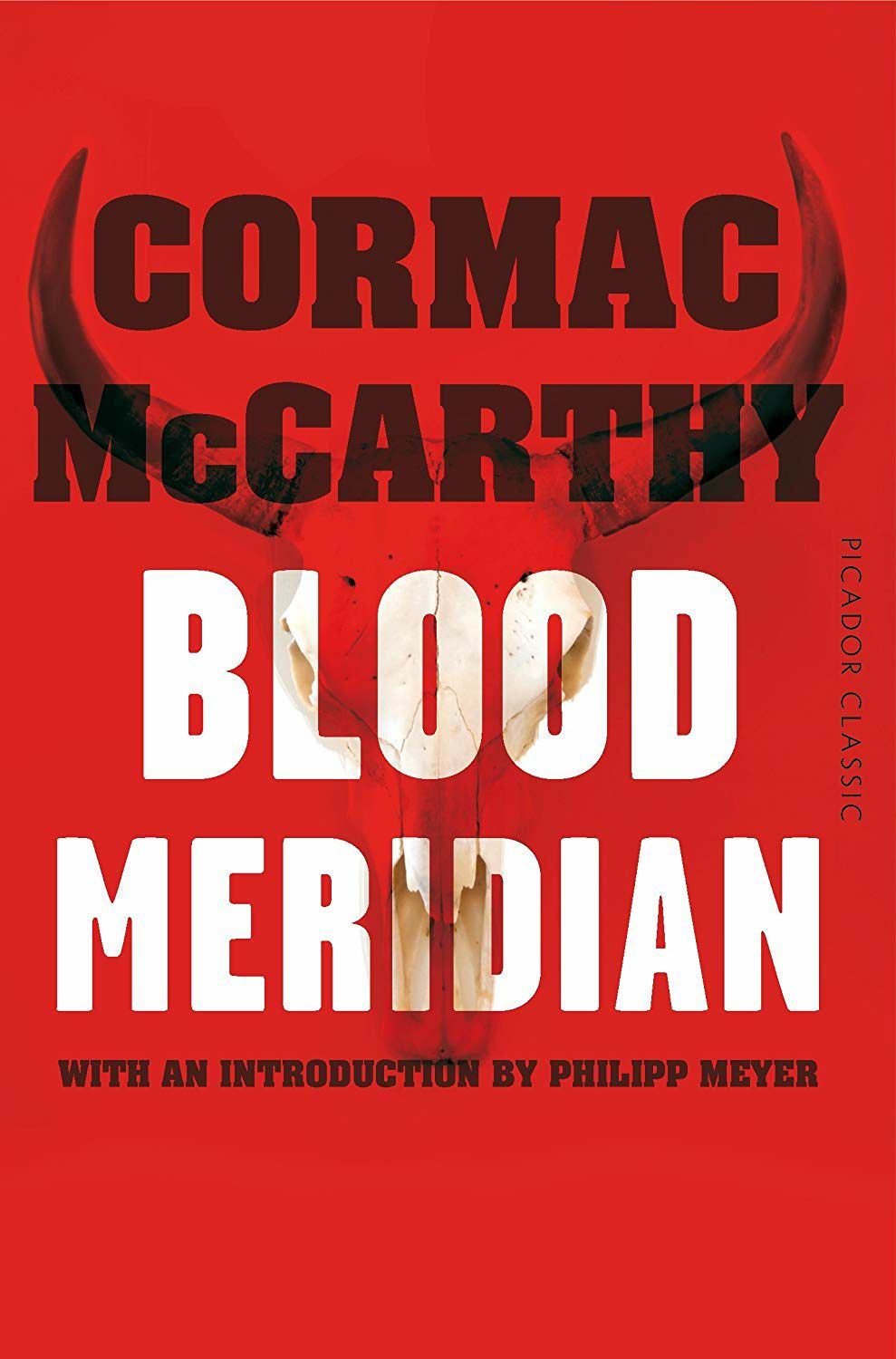 Not one for the faint hearted!

Book Description
Blood Meridian is an epic novel of the violence and depravity that attended America’s westward expansion, brilliantly subverting the conventions of the Western novel and the mythology of the Wild West. Based on historical events that took place on the Texas-Mexico border in the 1850s, it traces the fortunes of the Kid, a fourteen-year-old Tennesseean who stumbles into a nightmarish world where Indians are being murdered and the market for their scalps is thriving. ‘McCarthy’s achievement is to establish a new mythology which is as potent and vivid as that of the movies, yet one which has absolutely the opposite effect . . . He is a great writer’ Independent ‘I have rarely encountered anything as powerful, as unsettling, or as memorable as Blood Meridian . . . A nightmare odyssey’ Evening Standard ‘His masterpiece . . .The book reads like a conflation of the Inferno, The Iliad and Moby Dick. I can only declare that Blood Meridian is unlike anything I have read in recent years, and seems to me an extraordinary, breathtaking achievement’ John Banville

achievement" - John Banville.
PostTweetShare Share with WhatsApp Share with Messenger
Community Updates
Cyber Monday 2020 DealsAmazon DealsAmazon discount code
If you click through or buy using any of our links, retailers may pay hotukdeals some money, but this never affects which deals get posted. Find more info in our FAQs and About Us page.
New Comment Subscribe Save for later
5 Comments
1st Dec 2019
A tough read, it is written in an unusual way, a great author though and Ive read a lot of his other books. This I started and couldnt finish ....Well worth a punt at 99p though
1st Dec 2019
Nice. Just got this, Sea of Rust and Children of Time - which were 99p each as well.
1st Dec 2019
Great book. Sparsely written but memorable.
1st Dec 2019
Stunning book with about as bleak a finale I’ve ever read in fact, McCarthy is the master of bleak endings!
1st Dec 2019
My favourite writer, I love his language but god he hates semi-colons!