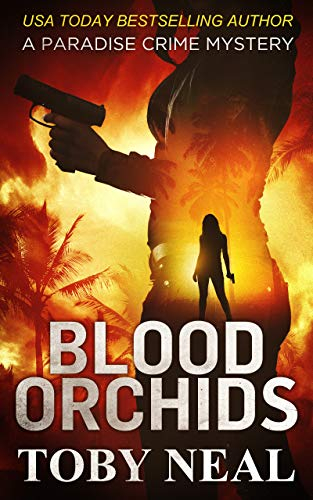 Paradise has a dark side.She can’t stop thinking about a drowned girl’s face... because it reminds her of her own.

Overcoming a past filled with scars, Lei makes a life for herself and her dog, Keiki, as a cop in the sleepy Big Island town of Hilo. When a routine patrol turns up two murdered teens, Lei’s world is rocked. She knows one of the girls, and she can’t rest until she finds answers—not only about the victims, but about her own shadowed past as well.

He knows he’s twisted. He knows he’s wrong. He just doesn’t care. But now there’s a female cop on his trail that won’t give up, and she’s gonna be next.

"Blood Orchids satisfies on every level. A powerful talent is on the scene, whole-heartedly recommended."-Drew Cross, former police officer, author of BiteMarksGrab this fast paced mystery with a twist of romance, and take a trip to Hawaii with the series that’s sold more than a million copies!
PostTweetShare Share with WhatsApp Share with Messenger
Community Updates
Amazon DealsAmazon discount code
If you click through or buy, retailers may pay hotukdeals some money, but this never affects which deals get posted. Find more info in our FAQs and About Us page.
New Comment Subscribe Save for later
1 Comment
19th Nov 2019
Thanks Needle