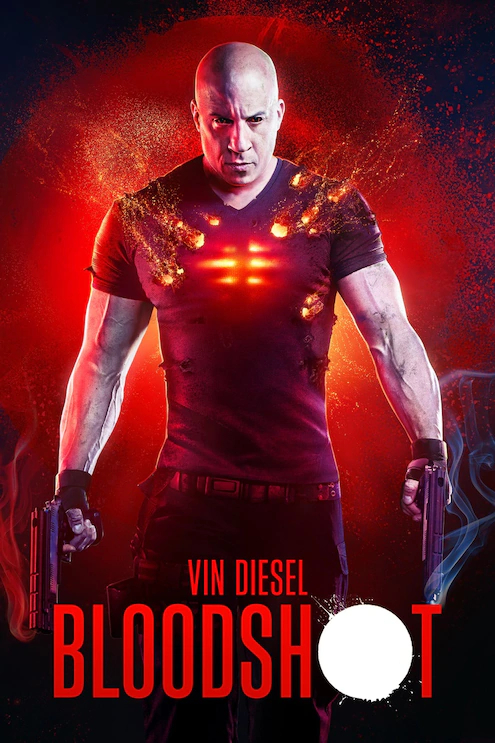 Based on the best-selling graphic novel, Bloodshot is the origin story of the world’s ultimate super soldier: Ray Garrison. After returning from deployment, Ray and his wife both get kidnapped and killed by a complete stranger. Ray wakes up, miraculously resurrected by a team of scientists who’ve injected him with nanotechnology that provide healing and regenerative powers, superhuman strength, and near-immortality. He uses his second chance at life to get revenge. But, it turns out the very scientists who “saved” Ray are manipulating him. They rewrite his memories so every mission he believes he’s an honorable hero, righting the wrong ofhis wife’s death, but is actually an unwitting weapon assassinating their designated targets. When Ray finally realizes it’s all been a lie and he is merely a pawn in their game, he must fight for his freedom and find a way to stop the cycle.
PostTweetShare Share with WhatsApp Share with Messenger
Community Updates
Chili DealsChili Discount Codes
New Comment SubscribeSave for later
15 Comments
22nd Jul
Bloodshmoont
22nd Jul
Save your £1.90
22nd Jul
This was poor. I don't know what it is with action movies at the moment but this, and the Old Guard, both ran like expensive TV shows/pilots rather than movies. They lacked a certain something in the direction that meant they didn't really look cinematic.

IMHO of course, you're entitled to your opinion and if you loved it, don't take it personally as I won't
22nd Jul
Vin Diesels appeal outside fast and furious is lacking.
Not sure what it is with him.
Had he been in a car in this film it probably would have been OK.
Edited by: "bkpatel" 22nd Jul
22nd Jul
Vid diesel and Dwayne Johnson both suck really they ain't got nothing on the likes of Arnold Stallone Willis etc.
22nd Jul
I must be in the minority but I actually enjoyed this film. I do agree that Vin Diesel's appeal outside Fast and Furious is lacking and I'm aware of that, which is why I went in with low expectations and came out pleasently surprised.
22nd Jul
If you watch a film with Vin Diesel you can't take it serious, and can't just see him as Dom... I enjoyed this one, anybody who just wants a film to watch for £1.90 I think you'll enjoy it as well
22nd Jul
Throw away movie but for 1.90 then it’s worth a watch, not as bad as many make out and yes if you know what you are getting then it’s easier to just sit back and enjoy and not overthink it.
22nd Jul
I enjoyed this
22nd Jul
Don't bother it's crap
22nd Jul

Agree about the old guard, thought it was average at best. You could tell the plot in the first 10 mins.
22nd Jul
I watched it on amazon the other night for 1.99 uhd

Not a good film in my opinion
22nd Jul
Good price rubbish movie
22nd Jul
Best part of the film was the Psycho Killer dance at the start..

Fell asleep twice trying to finish it there after.. cant say if it was decent or not..

Decent price for a rental though if thats your thing.
2nd Aug