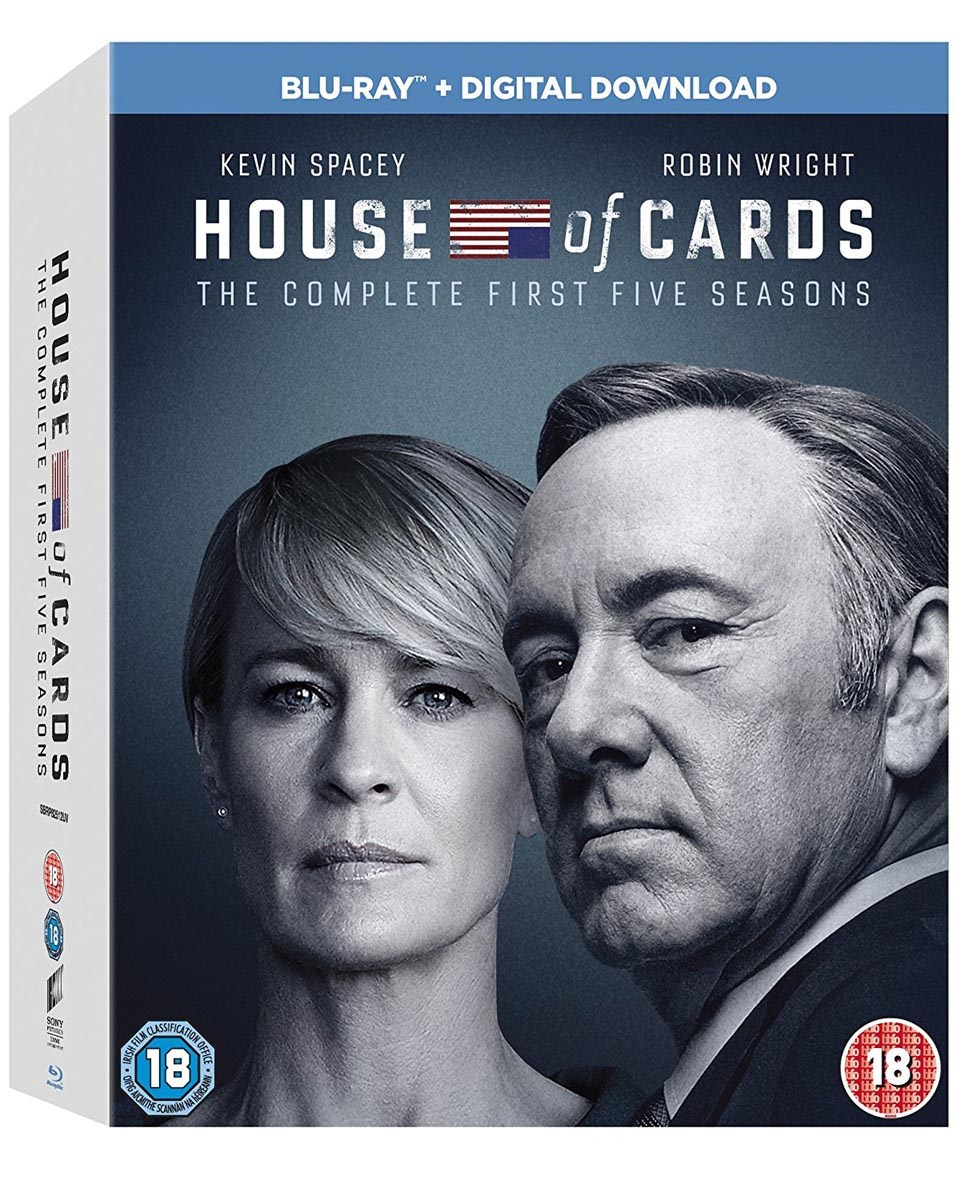 Great price for this series. Apply the code SIGNUP10 at checkout (new customers), else the price is £12.79. The price includes delivery. Credit to Mydealz.

All the episodes from the first five seasons of the award-winning political drama starring Kevin Spacey. Based on the novel by Michael Dobbs and the subsequent BBC adaptation of the book, the show follows Francis Underwood (Spacey), the House Majority Whip who, despite his position of authority, is gravely dissatisfied. Fuelled by a sense of ambition matched and encouraged by his wife Claire (Robin Wright), Francis ultimately wants to be president and is embittered by the fact that he has recently been denied a promotion. Armed with an arsenal of political secrets to equal anyone in Washington, Francis sets out to scheme and blackmail his way to the top.
PostTweetShare Share with WhatsApp Share with Messenger
Community Updates
Zoom DealsZoom voucher codes
If you click through or buy, retailers may pay hotukdeals some money, but this never affects which deals get posted. Find more info in our FAQs and About Us page.
New Comment Subscribe Save for later
Top comments
20th Nov 2019

Unlike you I prefer physical media as its always available when wanted and you only have to pay once for what you want instead of monthly payments for loads of rubbish you will probably never watch so thanks OP heat added for the price and format 🔥
10 Comments
20th Nov 2019
Is this the Prince Andrew collectors edition?
20th Nov 2019
I paid £18.10p just last month. This is the best price anywhere that it's been.
20th Nov 2019
I hope physical media (Blu-ray, DVD, CD's) disappear sometime soon. They're so unnecessary given that things like House of Cards are available to stream (and with a better user experience)
20th Nov 2019

Same! I will never subscribe to Netflix, Prime etc as they compress everything so it looks terrible on a 65" screen whether it is 4K or not. They also don't broadcast lossless audio for most things, not to mention buffering even if their servers are slow, even if internet speed is fast.
20th Nov 2019

Netflix does not buffer

I'm also happy to suffer a little image/audio degradation to save on yet more plastic entering the environment.
20th Nov 2019

I've seen netflix streaming in other people's houses and they're watching in 4k thinking the picture quality is great and to me it doesn't even look as good as a blu ray on my LG C7 65". The blacks get crushed and anything in shadows becomes blocks.