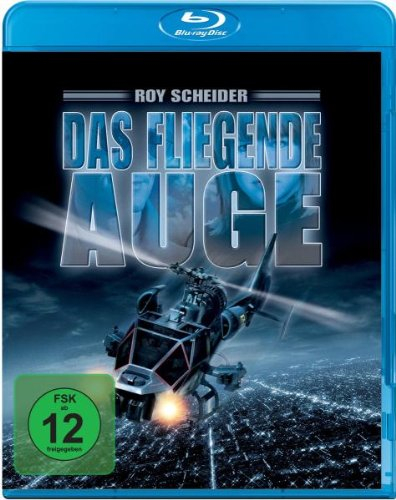 Roy Scheider stars in this intense action thriller as a courageous police officer pilot battling government fanatics planning to misuse an experimental attack helicopter. Chosen to test BLUE THUNDER,Frank Murphy (Scheider) is amazed by the high-speed, high-tech chopper. It can see through walls, record a whisper or level a city block. Distrusting the military mentality behind BLUE THUNDER, Murphy and his partner Lymangood (Daniel Stern) soon discover that the remarkable craft is slated for useas the ultimate weapon in surveillance and crowd control. Jeopardized after being discovered by sinister Colonel Cochrane (Malcolm McDowell), Murphy flies BLUE THUNDER against military aircraft in a spellbinding contest over Los Angeles.
PostTweetShare Share with WhatsApp Share with Messenger
Community Updates
Amazon Germany DealsAmazon Germany voucher codes
If you click through or buy, retailers may pay hotukdeals some money, but this never affects which deals get posted. Find more info in our FAQs and About Us page.
New Comment Subscribe Save for later
7 Comments
3rd Jan
Love this film. £10 in CEX so good price.
3rd Jan
Great film, very 80's with its dubious body counts in the final battle. Catch you later jafo!
3rd Jan
Used to watch this loads as a kid
3rd Jan
Memory lane! I loved the movie and series as a kid. Much better than Airwolf, not that I wasn't a fan of that also.
3rd Jan
"Just Another Fudging Observer"
4th Jan
Airwolf's theme tune could beat up Blue Thunders theme tune - any day.
Edited by: "SimyJo" 4th Jan
5th Jan

Well it's out of print so it's not bad. Cex in general are good for hard to find stuff.
I bought one on Ebay for a tenner. I'd rather pay a little more than having foreign writing on the case.