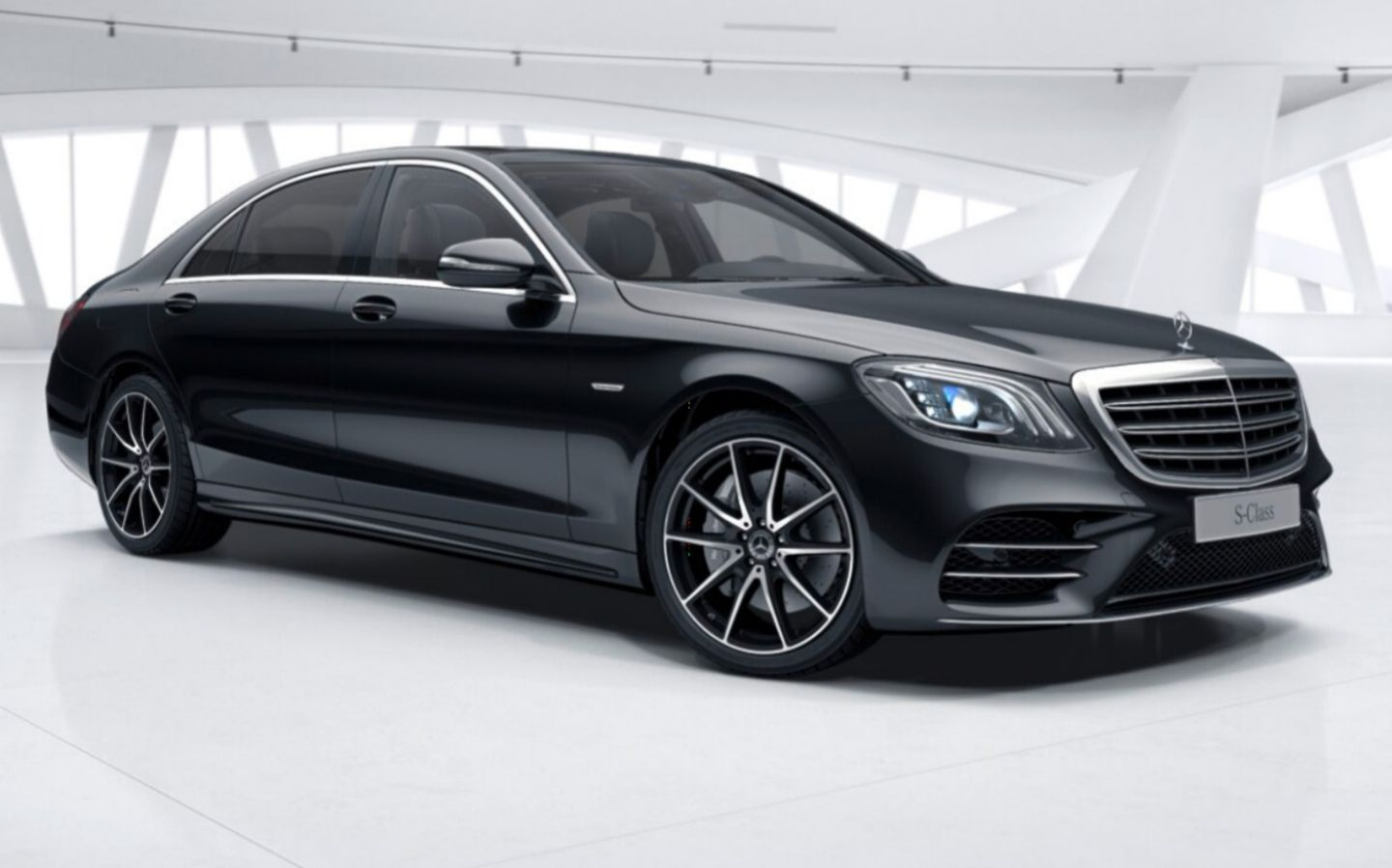 It's back again for those who missed out...

The Mercedes-Benz S-Class is one of the best luxury cars around. It's supremely comfortable and offers all the performance, space and gadgets you could want

The Mercedes-Benz S350d might be the first step on the S-Class ladder but that doesn't mean it's been short-changed in the talent department. This improved model gets a new 2.9-litre six cylinder diesel that's significantly more efficient than the previous 3.0-litre unit. Capable of 155mph. 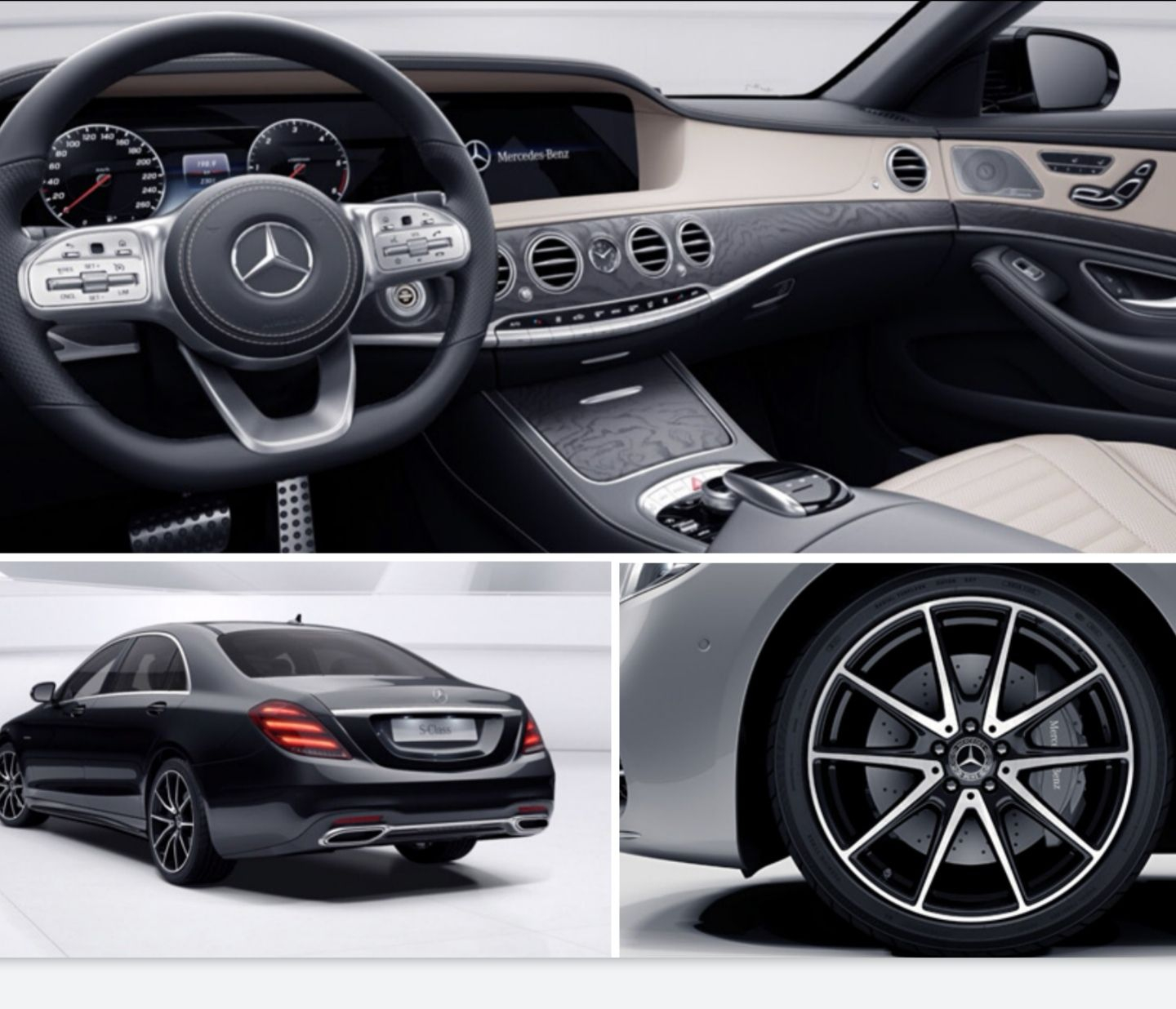 Brand new unregistered cars. You will be the first registered keeper and you will be dealing with the Mercedes-Benz dealer directly once an order is placed.

Cars are available from stock for quick delivery, in the following colours:

This model carries the following features as part of its standard specification:

PostTweetShare Share with WhatsApp Share with Messenger
Community Updates
Drive the Deal Deals
If you click through or buy, retailers may pay hotukdeals some money, but this never affects which deals get posted. Find more info in our FAQs and About Us page.
New Comment Subscribe Save for later
Top comments
18th Nov 2019
Can I use the eBay code for 20% off? You have to get 2 if you want free delivery, otherwise is £2.95 for delivery.
18th Nov 2019
Steering wheels on the wrong side for me so for that reason I'm out.
18th Nov 2019

That's rubbish, I may use the 4 months interest free, hopefully if I keep up with my payments, I will not pay interest.
18th Nov 2019
Doesn’t come with sequential / animated indicators, so I’m out!

for starters, there is BATH, BRISTOL and LONDON, PLUS OTHERS. Many (THE REST) to follow suit within the next 2 years...
18th Nov 2019
For that price i would expect a chaffeur
18th Nov 2019

So to be clear, OR SHOULD THAT BE CLEAR, there are actually none due in the next few months? and only one confirmed that would, if it actually gets approved by government, that could affect this car?
18th Nov 2019

Don’t believe the hype. Nothing will happen for the next 10 years. Even London is allowing new Diesel engines.
In these huge cars only diesel works because petrol will absolutely drink fuel.

This is a very niche car, it’s long wheelbase won’t appeal to most because it’s absolutely massive for UK roads.
18th Nov 2019

Modern Euro 6 Diesels face no charge for the ULZ in London.
For Bristol, there is a local coucil approved scheme to bar all diesels, but this has not yet been approved by central givernment, and doesn't apply until 2021, assuming it IS approved.
The complete bans on diesel are unlikely to be approved though, as it will ban cars that are already within the zone, so without changes, I can't see them being approved.
I repeat, no bans in the near future for modern diesels.
18th Nov 2019
Keyless-go... Bye bye car
18th Nov 2019

Yeah, who wants to deal with an Audi dealer when you've bought a Mercedes!?
Brand new unregistered cars. You will be the first registered keeper and you will be dealing with the Audi dealer directly once an order is placed.
18th Nov 2019

But aren't the latest diesels actually cleaner than many petrol engines?
18th Nov 2019

Birmingham
CAZ orginially expected in January 2020, however this is now expected to be delayed until July 2020.

Birmingham will charge non-compliant cars, taxis and vans £8 per day to enter its CAZ.

HGVs, coaches and buses will have to pay £50,

The restrictions will cover all roads within the A4540 Middleway ring road.

A range of exemptions apply to vehicles registered within the zone for one-two years.

It proposes a ban on any vehicles emitting more than 75g/km of CO2 from entering nine streets between 7-10am and 4-7pm, Monday to Friday.

The consultation states that businesses and residents located in these zones will be able to register for an exemption.

Kensington and Chelsea
Proposals to extend the London Ultra-Low Emission Zone (ULEZ) to the North and South circular roads are being supported by Kensington and Chelsea council. Cars, vans and motorbikes that don’t meet emission regulations would have to pay a daily charge of £12.50 from October 2021 to drive within the ULEZ if the proposals are approved.

Basildon and Rochford Councils have been told by the Government that they must consider a CAZ to address two areas of illegal pollution by 2020.

The councils are fighting the order which, if implemented, could impose restrictions on the A127.

The council is proposing a new cycle route and £470,000 of investment for rapid charging points as an alternative to a CAZ.

Cambridge City Council is currently evaluating a Clean Air Zone within the existing Air Quality Management Area in Cambridge, which includes the trafficked parts of the historic core and the inner ring road.

It has not made a decision on whether the zone will be chargeable or which types of vehicle it will seek to restrict.

The council will also look to reduce HGV emissions in the city centre by promoting greener methods for making deliveries of goods, such as by cycle.

Other proposed policies include incentives for electric or hybrid taxis and reducing bus and coach emissions by working with partners to invest in more environmentally-friendly vehicles.

Coventry
The Department for Environment, Food and Rural Affairs (Defra) has told Coventry to introduce a clear air zone (CAZ) after rejecting the council's plans to tackle pollution in the city.

A Class D CAZ, like Birmingham, means drivers of all vehicles will be charged, including cars, if they do not meet the latest emissions standards

Leicester City Council is seeking to deliver a clean air zone by 2026 or sooner.

By 2020 it expects to implement a Clean Air Zone for buses only.

Liverpool City Council is currently assessing the viability of a chargeable Clean Air Zone but has not outlined any formal details.

Liverpool’s Mayor has previously suggested a blanket ban on all diesel vehicles entering the city.

The council has already proposed to enforce anti-idling fixed penalty notices using local authority officers. Liverpool City Council is also switching its city centre fleet to be diesel free from 2020, followed by council vehicles used across the wider city from 2024.

Oxford City Council is planning to ban all non-zero emission vehicles from parking and unloading in a section of Oxford City Centre during certain hours.

By 2035 the city plans to ban all petrol and diesel vehicles from entering the city centre.

Non-compliant vehicles planning to visit the city centre during the restriction times will have to use Oxford's park and ride facilities.

The aim of the ZEZ is to tackle Oxford’s toxic air pollution and protect the health of everyone who lives in, works in and visits the city.

St Albans City & District Council is considering plans to set up Clean Air Zones in areas where the air quality is poor, or vulnerable people are concentrated.

The plan outlines the potential for a Low Emission Zone within the borough, although the Council has not stipulated how this will operate.

Quite possible but might by then come with a prison sentence as well..
18th Nov 2019

Driven delivery! Grrrrr for this sort of money I want it gift wrapped and dropped to mine by helicopter!