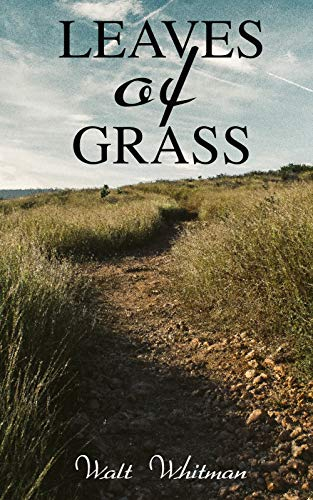 FREE£0.01Amazon Deals
Expert (Beta)8
Get deal*Get deal*
Expert (Beta)
8Get deal*Get deal*
Posted 7th May
Without giving away anything, especially for the folks who haven't seen Breaking bad yet, lets just say the book and the poems play a big role in the series - those who have watched it would know and remember (I Hope) - the kindle edition can be had for free to savour.

Description
Walt Whitman spent most of his professional life writing and re-writing Leaves of Grass, revising it multiple times until his death. The first edition was a small book of twelve poems and the last, a compilation of over 400. The poems of Leaves of Grass represent Whitman's celebration of his philosophy of life and humanity.

His poetry praises nature and the individual human's role in it.

Hope it helps something.
PostTweetShare Share with WhatsApp Share with Messenger
Community Updates
Amazon DealsAmazon discount code
New Comment Subscribe Save for later
8 Comments
7th May
What does this have to do with Breaking Bad?
7th May

What does this have to do with Breaking Bad?

What does this have to do with Breaking Bad?

Here you go breakingbad.fandom.com/wik…man. Walt Whitman or W.W. is Walter White's favourite poet as well by the way.
7th May

Thanks. Need to rewatch. Can you remind me what triggers Hank after he sees the book? What causes him to finally make the connection?
7th May

The book was presented by Gale and signed to my other W.W its an honour working with you or some such - remember before this G.B had already been established as helping Fring and co in their labs by Hank. If my memory serves me right, this is also the first time that Hank genuinely starts thinking that after all Walter White could be Heisenberg.
Edited by: "matwalaboy" 7th May
7th May

Brilliant, I remember now, thanks
7th May

Yes, I remember he comes back from the toilet having realised that, but didn't remember what was written in the book to cause him to realise it. Thanks
7th May

You are welcome, it was actually what he saw in the book that made him wake up to the possibility of Walter being the chemical mastermind behind the gang.