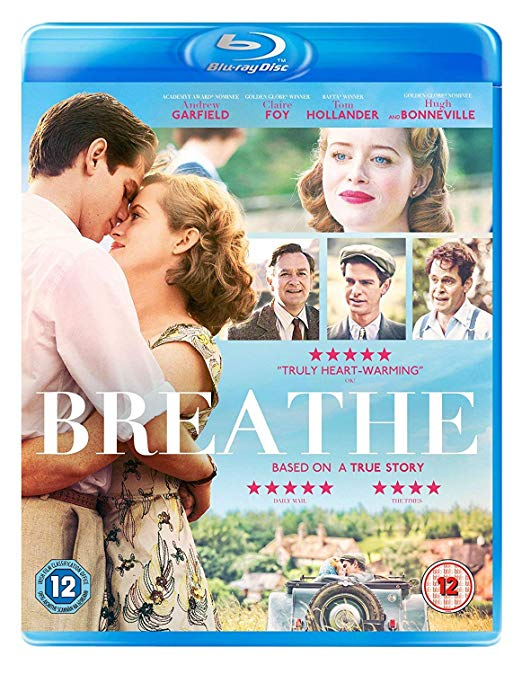 Andrew Garfield (Hacksaw Ridge) and Claire Foy (The Crown) star in this warm, funny and uplifting true story. BREATHE follows the life of Robin Cavendish (Garfield) and his wife Diana (Foy), an adventurous and determined couple who refuse to give up when Robin contracts polio and is given just months to live. Against all advice, Diana brings him home from hospital where her devotion and witty determination transcends his disability. Together and with the help of Diana’s hilarious twin brothers, both played by Tom Hollander, (The Night Manager) and the pioneering ideas of their friend and inventor Teddy Hall, (Hugh Bonneville, Paddington, Downton Abbey) they find a way to live a full and passionate life.