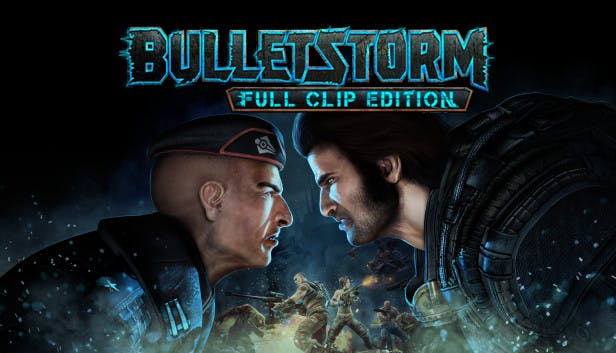 Step into the boots of Grayson Hunt after a crash landing on an abandoned resort planet forces him to make a hard choice: survival or revenge. An exiled member of the elite assassin group Dead Echo, Grayson’s blind desire for vengeance finds his crew stranded on Stygia where he can finally confront the commander behind his betrayal—or get his team off the planet alive.

Battle your way through throngs of Stygia’s mutated inhabitants, performing masterful kills throughout the single-player campaign—or one of 30 competitive score-challenge or 12 co-operative multiplayer maps—using Bulletstorm: Full Clip Edition’s unique “Skillshot” system that rewards you for executing the most creative and deadly kills imaginable.

Bulletstorm: Full Clip edition is the definitive Bulletstorm experience that includes all existing Bulletstorm add-ons, plus brand-new content exclusive to Full Clip!
PostTweetShare Share with WhatsApp Share with Messenger
Community Updates
Humble Bundle Deals
New Comment SubscribeSave for later
4 Comments
8th May
Just finished this on Xbox. Last time I played it was on 360. I forgot how great of a game it is.

Heat.
8th May
Loved this when it was free with ps+. Lots of fun.
8th May
Great game, played through it twice now on 360 and PS4, does this version have co-op?
8th May
Such a fun game. Bargain, if you don’t have it buy it.