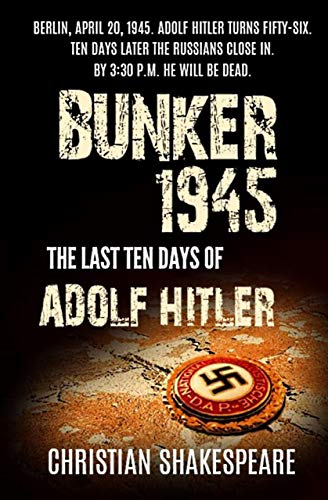 Kindle Editions are free right now to pick up.

Description
In 1923 during the Munich Beer Hall Putsch, Adolf Hitler threatened to blow his brains out. Twenty-two years later, he did. April 1945 – Berlin. The world had been at war for more than five-and-a-half years – approximately seventy million people were dead across the globe. The epicentre of the twelve-year-old Third Reich was now surrounded, enveloped by bitter Soviet forces hardened by Nazi barbarity in the east over the last four years.

As the buildings were blasted into rubble, pounded by Russian guns and bombs, before their troops and tanks, Hitler was hunkered down in his last headquarters – the dark and damp bunker under the Reich Chancellery. As the Third Reich began to crumble as fast as the city’s buildings, what was the state of mind of the tyrant? Only his closest and fanatical allies saw the collapse, none more so than Hitler’s servants, Otto Gunsche and Heinz Linge – two individuals which witnessed the final act of their regime. An act tinged over the last ten days in late April with selfish betrayal, increasingly forlorn hope, pleas, desperation and eventually suicide. As the Soviets closed in with impending vigour, in the concrete tomb below ground and under the thunderous booms of the petrifying battle for Berlin, the mind of the dictator disintegrated into drugs, delusion and a determination to die. Not by the enemy bullet but one of his own. This is the story of the people who held a unique place in world history – the ones who were there when the nightmare of Nazism and the horrors which accompanied it was finally banished as a dark chapter in the story of the human race. 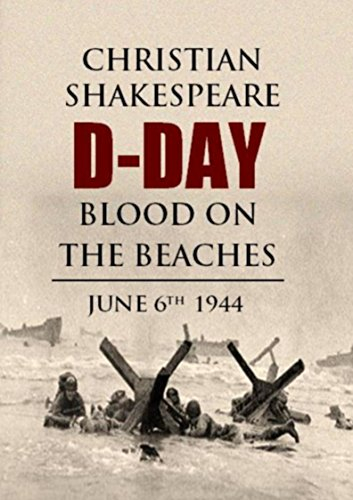 D-DAY Blood on the Beaches

Description
By 5 June 1944 Hitler’s forces had occupied Europe for 4 years and 277 days. By 6 June Hitler would continue to occupy Europe for only another 335 days.

From air, sea and eventually land, the Allied might was about to descend on the Norman coast, ready to kick in the door to Fortress Europe and free the enslaved peoples of the continent.

In doing so would ensure the tyrannical shadow of the Third Reich would be lifted, sealing the fate and eventual destruction of Nazi Germany once and for all.

D-Day Blood on the Beaches examines the full story of the Normandy landings, from the very foundations of a simple plan to the time the troops invade France. Along the way we examine the lessons learned from previous amphibious landings, the painstaking deception and preparation effort to support the invasion to the execution of the Operation Overlord itself. 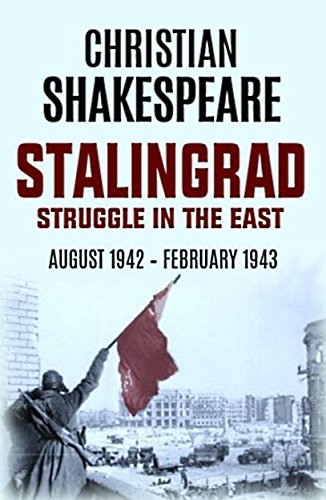 Stalingrad: Struggle in the East

By 1942, with Russia still in the war, Germany desperately needs oil, so embarks on a fanatic drive south to the Soviet oilfields of the Caucuses and east to an industrial city called Stalingrad.

Germans and Soviets fought over the bombed out ruins and charred streets amongst the wider battles on the Russian steppe. Two dictators, one in Berlin, the other in Moscow play out a battle of unprecedented violence and unrelenting harshness.

Two ideologies, mass slaughter of two million people in one of the great and bloodiest turning points of the Second World War.


Hope it helps someone.
PostTweetShare Share with WhatsApp Share with Messenger
Community Updates
Amazon DealsAmazon discount code
New Comment SubscribeSave for later
6 Comments
13th Jun
Should be a good read :/ Thank you
13th Jun
Thanks, ordered Hitler's last days. The say the Fuhrer had terrible wind and used to stink the bunker out.💨💨💨
13th Jun
Great find 🔥
13th Jun
“...the nightmare of Nazism...was finally banished as a dark chapter in the story of the human race“. Really? If the rest of the book is as naive as that, I’ll give it a miss.
14th Jun
Thank you
14th Jun
Have the Hitler book, added the other two.
Thanks matwalaboy🌞