REVIEWS
"For the price tag I highly recommend checking out this sleeper hit. I was shocked at just how much fun it brought me out of nowhere.”
80 – ZTGD

“This genre is severely under-served on the PC and I encourage anyone who enjoyed the likes of Interstate ‘76 to pick this game up.”
78 – Hooked Gamers

“The sense of humor is good, it looks great, and the gameplay is so well tuned that at times you will forget you are playing a driving game altogether.”
80 – Calm Down Tom

ABOUT THIS GAME
Gas Guzzlers Extreme is a fast, furious, armed-to-the-teeth, trigger-happy shooter, shifted into top gear! Take a white knuckle ride in this crazily addictive combat racing game that features a ton of vehicles, weapons, upgrades, on-track bonuses and environments. Gas Guzzlers Extreme is an exciting new twist on the car combat experience with the addition of furious team/clan combat battles.

Players start out with low performance vehicles and soon work their way up to high-performance models, by earning money in a series of hi-octane races and arena battles. New game modes, tracks and vehicles are unlocked as players progress through the game. Along with developing their driving and fighting skills, players can spend their hard-fought cash, customizing their vehicle to match their clan members or pimping their ride for the road to glory!Key features:
PostTweetShare Share with WhatsApp Share with Messenger
Community Updates
Steam Store DealsSteam Store voucher
If you click through or buy, retailers may pay hotukdeals some money, but this never affects which deals get posted. Find more info in our FAQs and About Us page.
New Comment Subscribe Save for later
2 Comments
22nd Nov 2019
There's a climate emergency you know?
22nd Nov 2019 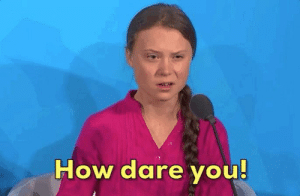