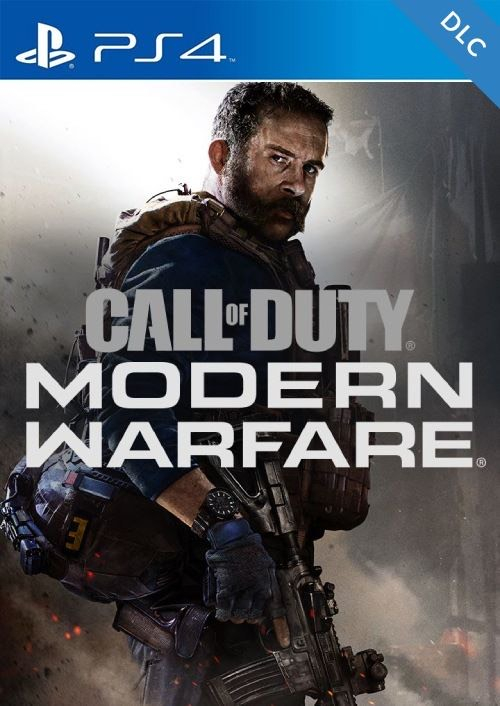 PREPARE TO GO DARK, MODERN WARFARE IS BACK!

Thought the campaign was dreadful, surprised as so many have raved about it. I've yet to summon the energy to try multiplayer.
6th Jan
Wasn't this posted this morning at 10am? 79p less?
6th Jan

Wasn't this posted this morning at 10am? 79p less?

Doesn’t help when the image relates to a different product altogether, anyway the price has since gone up as you say.
6th Jan

Yeah likewise, the only recent multiplayer shooter I've invested any serious time playing has been Apex Legends. I surprised myself during the MW beta but might struggle now players have had time to practice.
6th Jan

Something called a key word search

Not sure about you but it’s been a really busy day for me personally outside of the realms of HUKD.
6th Jan

Lighten up... it's Tuesday tomorrow
6th Jan
loved the shipment map you could get 60 plus kill pure mayhem . Got you more aware . And rank up constantly . logged on yesterday no longer have that mode . To many peeps complained about it . It reminded me of hacked lobbies on mdw2
6th Jan

Give it a rest
6th Jan

Give it a rest

Enjoyed the campaign immensely, top 3 outting for me. The multiplayer is incredibly unfun though. Broken spawns, inconsistent TTK and a new map design philosophy all end up being beyond frustrating.
6th Jan
Only on PS4? Still looking for decent deal on Xbox
6th Jan

Shipment is still on but its broke, everybody just spawn traps you by camping in the corner and taking two flags
7th Jan

Last time played was loving it spawn kill etc was always on top really got me ready for other games and modes . Yeah when was playing id see peeps camping in corners started to notice that. Didn't really affect me thou . The only map that i was king at lol really made me play better on every other map . Last time played as couldnt find a match i felt so weak at game .Need to see how it is now once get a match cheers dude.
7th Jan

It was good at the start but now everybody knows the spawns it's just a spoilt map. Activision have had loads of stick for it.
I'm just focusing on getting all my gold guns but sick to death of campers
7th Jan
showing as £40.99 for me? 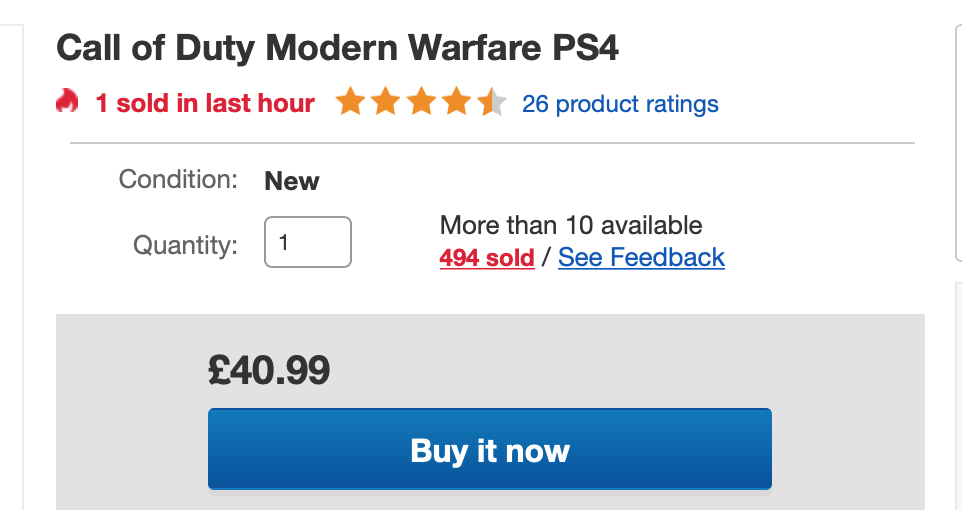 Give it a rest

I'm loving the new game mode grind though, it's like kill confirmed where it's team deathmatch format but you have to take the dog tags to a dropoff point. Still some people camping at the drop points but they're killed pretty quickly
7th Jan

Agree totally with this. I didn't think the single player campaign was anything special compared to other franchises. And compared to the original MW it's not even worthy of comparison. But then I hold COD4 as possibly the best single player FPS campaign ever in a shooter.
As for this MW's multiplayer, it takes a bit of getting used to the maps, but it's actually really really good. You'll have heard it before, but it really does go back to the COD4 gameplay and even has some of the maps in it. Ground War is great as a bigger map multiplayer that incorporates parts of old MP maps into their larger ones. Really well done actually. It's the best one since MW2 in my opinion, but I never liked any of the BLOPs games.
7th Jan

Will try that. Getting a bit fed up of TDM, it's not much fun for me. Thanks for the suggestion
7th Jan
(If still working) When I add PayPal details it still shows at full price. Does it come off after you've been through PayPal motions?
7th Jan
I was waiting for £30 or less but I’ve waited long enough 🙈
7th Jan
Have had this since launch. Got caught in some weird spawn sequence a few times. Yesterday I was in a trailer and the opposition was just all spawning in front of me, but facing the other way. Think I got 26 kills in a row without them being able to do anything. Similar has happened to me before. Just totally broken game in some parts.
7th Jan
Campaign is good so fare and trophies are fun . I’ve not played multiplayer yet but I think it will be fast paced . Over all good game
7th Jan
Best cod ever made
campaign is a Hollywood movie
worth 59.99
7th Jan
The code is not working
7th Jan
Anyone that feels the standard MP modes are too much, try out hard core mode. Reduced UI, friendly fire and increased damage. It makes some of the weaker weapons in the game (like the Uzi and the pistols) actually playable. And the for the most part, friendly fire isn’t being exploited by griefers for laughs.

A word also on Ground War. It’s a mess. Simple as. On every occasion that I tried out the mode, there are snipers. Snipers everywhere. It’s particularly bad on the forest map where there’s an abundance of sheds, farms huts and abandoned housing full of them waiting to pick you off as you try to capture the points. Vehicle implementation is terrible. It’s a pretty poor clone of Battlefield and really, IW ought to stick to what they do better, which isn’t expansive and hard to travel maps.

At the price though, it’s worth a go. Voted hot.
7th Jan
First COD i’ve consistently played and not got bored of since Black Ops 2 (yes, it’s been that long). The original COD4: Modern Warfare has to be my all time favourite though. Infinity Ward have done a good job with Multiplayer on this cod, haven’t even played single player yet, i always go straight to MP. Good price, heat added.
7th Jan
Hard point is a cracking mode to play with a couple of mates in your team.
8th Jan
I just love this game!
8th Jan
Is it worth buying this if you have the free playstation plus MW from last year?
Are the maps the same?
8th Jan
Still is not hot 🔥