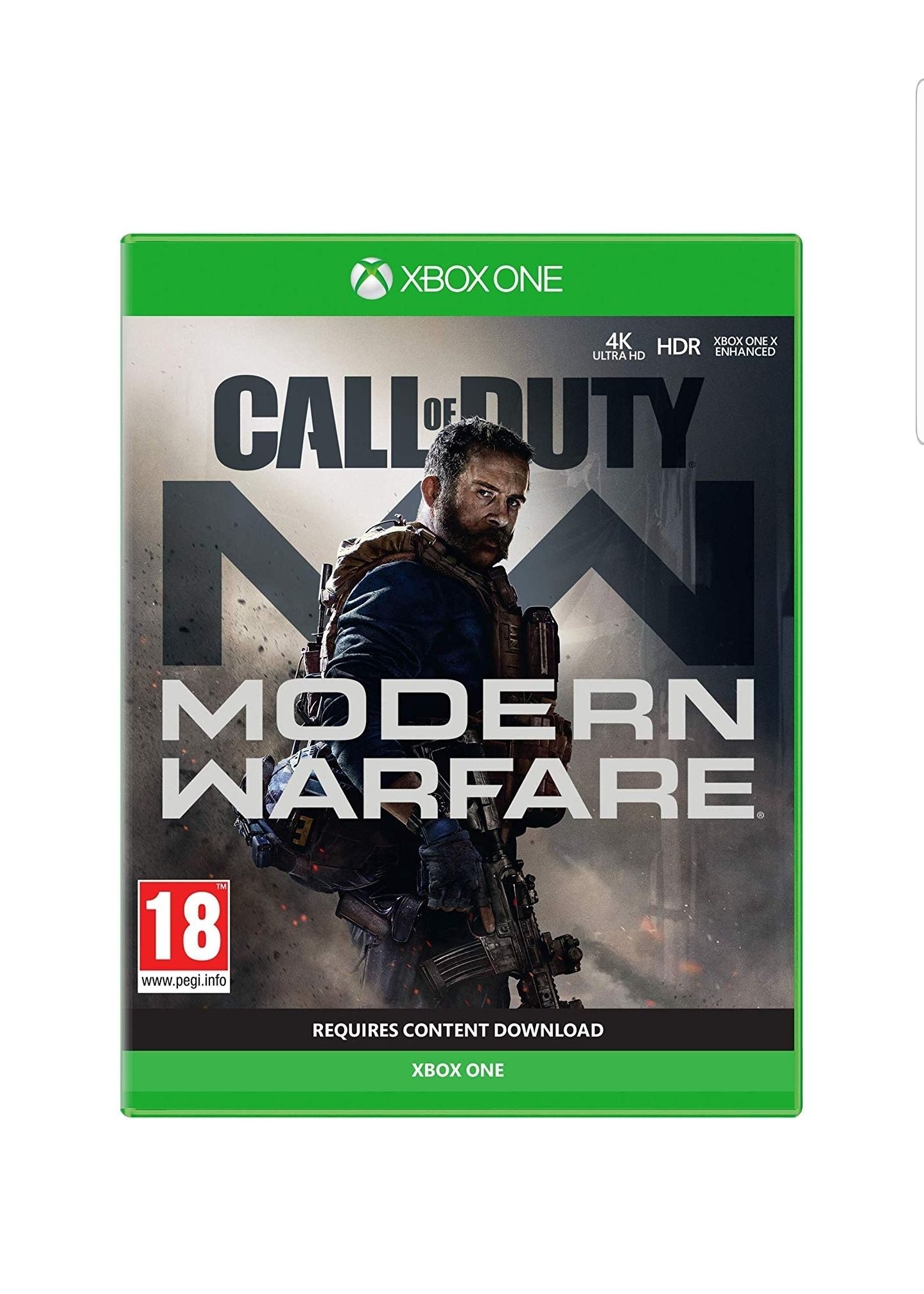 Call of Duty: Modern Warfare (Xbox One) with Exclusive bonus content £42.99 on Amazon

Hopefully we have the beginnings of the reductions.

Prepare to go dark, Modern Warfare is back!
Experience the global phenomenon. The stakes have never been higher as players take on the role of lethal Tier One operators in a heart-racing saga that will affect the global balance of power.
Call of Duty: Modern Warfare engulfs fans in an incredibly raw, gritty, provocative narrative that shines a light on the changing nature of modern war. Developed by the studio that started it all, Infinity Ward, experience an epic reimagining of the iconic Modern Warfare series from the ground up. In the visceral and dramatic single-player story campaign, Call of Duty: Modern Warfare pushes boundaries and breaks rules the way only Modern Warfare can.
Embark on a desperate mission alongside Captain Price and the SAS to retrieve stolen chemical weapons. Fight in locations across the globe including London and the Middle East to prevent all out global war. Ready up, Soldier!
PostTweetShare Share with WhatsApp Share with Messenger
Community Updates
Amazon DealsAmazon discount code
If you click through or buy, retailers may pay hotukdeals some money, but this never affects which deals get posted. Find more info in our FAQs and About Us page.
New Comment Subscribe Save for later
3 Comments
28th Nov 2019
Now we wait to see which company jumps to beat Amazons price.
28th Nov 2019
£39.99 in smyths not with bonus content
28th Nov 2019
They’ve price matched Sainsbury’s who were at the price yesterday
I’m waiting for tomorrow to see if it drops a little more