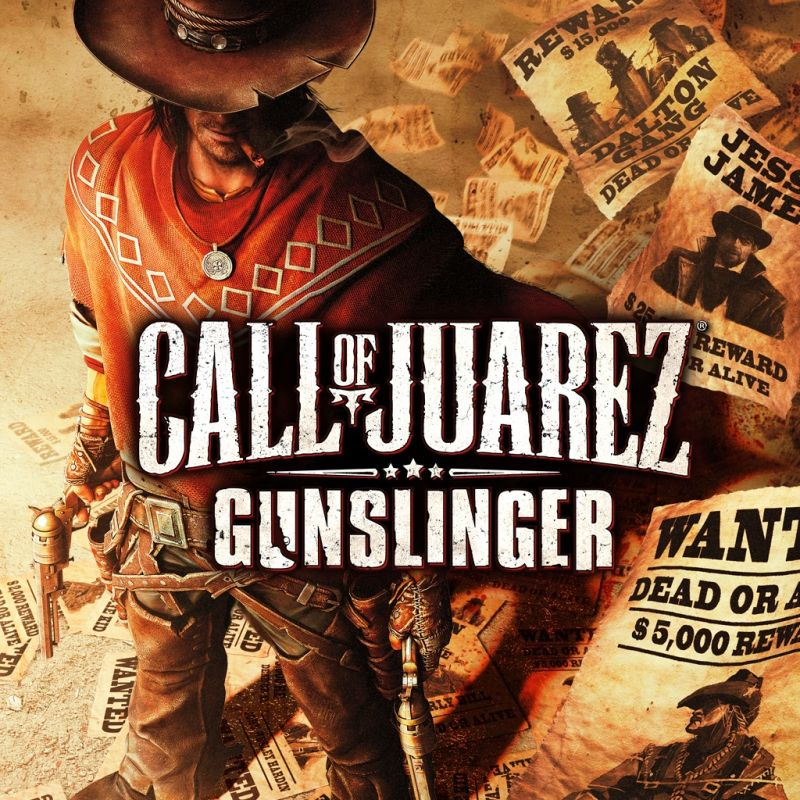 Tales of the Wild West are retold in the action-packed FPS Call of Juarez: Gunslinger. With this Steam key, players will embark on the violent journey of a ruthless bounty hunter, Silas Greaves, on the trail of the West’s most notorious outlaws.

FAMOUS OUTLAWS
Gunslinger blurs the lines between man and myth, taking the player on an adventure made of memorable encounters to reveal the untold truth behind some of the greatest legends of the Old West. You’ll go up against the likes of Billy the Kid, Pat Garrett and Jesse James in epic showdowns.

REIMAGINED WESTERN LANDS
Explore through the wilderness of the Old West and live the life of a gunslinger in this glorious cel-shaded environment.

DEADLY GUNPLAY
Become the master of blasting pistols, shooting rifles and mashing up enemies with Gatling guns and dynamite explosions. Unleash lethal combos to gun down multiple enemies in split seconds. Quick time events will see you dodging bullets like Neo from The Matrix.
Choose the specific gun-fighting skills you want to develop and acquire new shooting abilities to become the West’s finest gunslinger.

MORE MODES, MORE GUN FIGHTS
Take a break from the action-packed narrative in Story Mode and dive into Arcade or Duel mode. In Arcade, players can take on hordes of enemies, or complete a series of classic gun-slinger showdowns in Duel.
PostTweetShare Share with WhatsApp Share with Messenger
Community Updates
Fanatical DealsFanatical Discount Codes
New Comment Subscribe Save for later