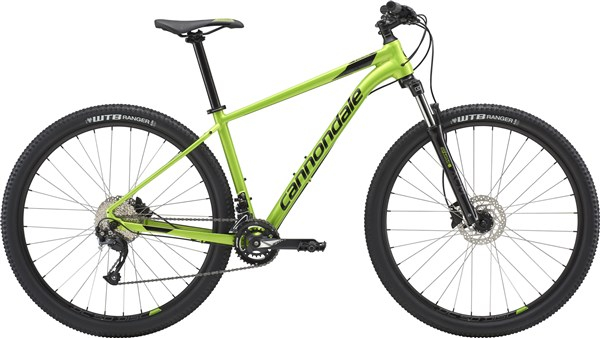 Get yourself a hardtail trails bike from Cannondale for £365.99 using code OCT10.

From cross-country to trail mountain biking needs, The Cannondale Trail 7 is a hardtail mountain bike that offers confident handling on every trail. It seems like a decent price for a solidly-built bike.

"Bringing a level of performance and handling normally reserved for higher end mountain bikes. The SmartFormed C2 aluminium alloy frame features a thoroughly modern geometry, with a slack 68 degree head angle and longer top tube which offers stable handling at speed and on steep descents. The short chainstays keep things nimble in the tight while the short stem and wide bars maximise control on rough terrain."

Specification
PostTweetShare Share with WhatsApp Share with Messenger
Community Updates
Tredz Online Bike Shop DealsTredz Online Bike Shop evouchers
If you click through or buy, retailers may pay hotukdeals some money, but this never affects which deals get posted. Find more info in our FAQs and About Us page.
New Comment Subscribe Save for later
14 Comments
23rd Oct 2019
Anyone comment on Tyres, as just ripped 2 marathon plus 700 x 25c on potholes in last 2 weeks.

You should complain the council about the potholes.
23rd Oct 2019

You should complain the council about the potholes.

They're on cycle path, converted train track so doubt high priority. I did get council to remove some overgrown nettles along the path which was surprised they did
23rd Oct 2019

If you've trashed those, I'm not sure there is anything better..

So even big fatter tyres would not be any more sturdy.

No lockout on suspension fork?

is that a deal breaker at this price? It’s not exactly a brilliant fork anyway. Good for the money.
24th Oct 2019

Depends what you intend to use the bike for. If you are going to use it on a road at all then a lockout just makes things better.

I was looking at some reviews of this bike a few days ago oddly enough.

I saw a video of it being sold in India and the components were different from what is supposedly sold in the West - for example, in India the video showed the brake and gear levers as one combined unit which is a cheaper component than the separate brake and gear levers that we are supposed to get in the West. On the video there was a big sticker on the frame stating that it is made in Cambodia.

So it appears that Cannondale are knocking these frames out in Cambodia and putting different components on for different markets. Not a problem as long as you know what you are paying for and you get what you pay for.

The Tredz spec does indicate that it does indeed have a lockout fork and that the brake / gear levers are separate. So don't let my initial comments put you off. I think it is a nice looking bike and the sale price is what it is worth IMPO.

I would just be very careful ordering it to ensure, when it arrives, that you get the components you have paid for and not what appears to be a cheaper spec. Not criticising Tredz here but sometimes bike sellers take specs from manufacturer's websites not realising that the model they are selling has different specs - hence why Tredz has a disclaimer on every bike details page that components may change.

If you are just using this bike for leisure and some gravel / off road stuff then it looks a good bike. Nice big cog at the rear. If using as a commuter then the tyres will be too wide IMPO and the lack of a big front cog will make it hard work cycling long distances on roads IMPO. Would make a nice bike for a mid motor ebike conversion which is what I was considering it for.
24th Oct 2019
Here is a video from the US which shows the same spec that I saw in the Indian video. No lockout on the forks and integrated brake and gear levers. 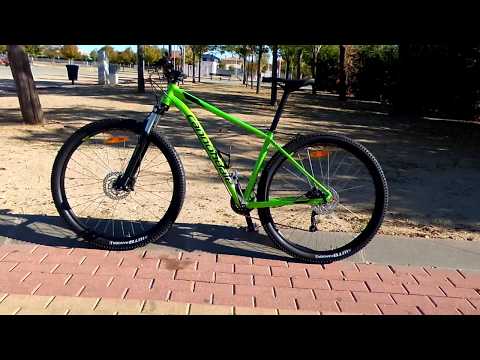 The US video says it is made in 2017 so perhaps Cannondale have upgraded the components since then to include lockout and separate brake / gear levers. But the below video from India is from earlier this year and shows the cheaper components also. 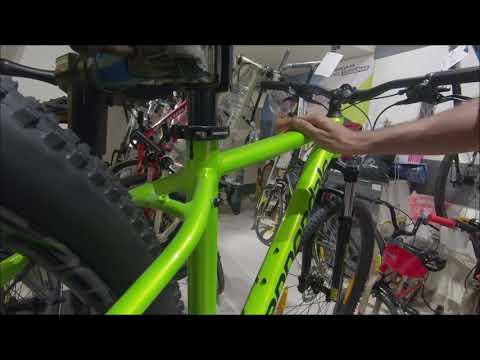 My point being just be certain what you are ordering and that you get the components that are advertised in the specification page on Tredz website. Take a screenshot IMPO.

The advertised components make a nice mtb - as I wrote above - for £365 BUT if you get a bike with the cheaper integrated brake gear levers, no lockout and goodness knows what else then it would not be a bargain IMPO.