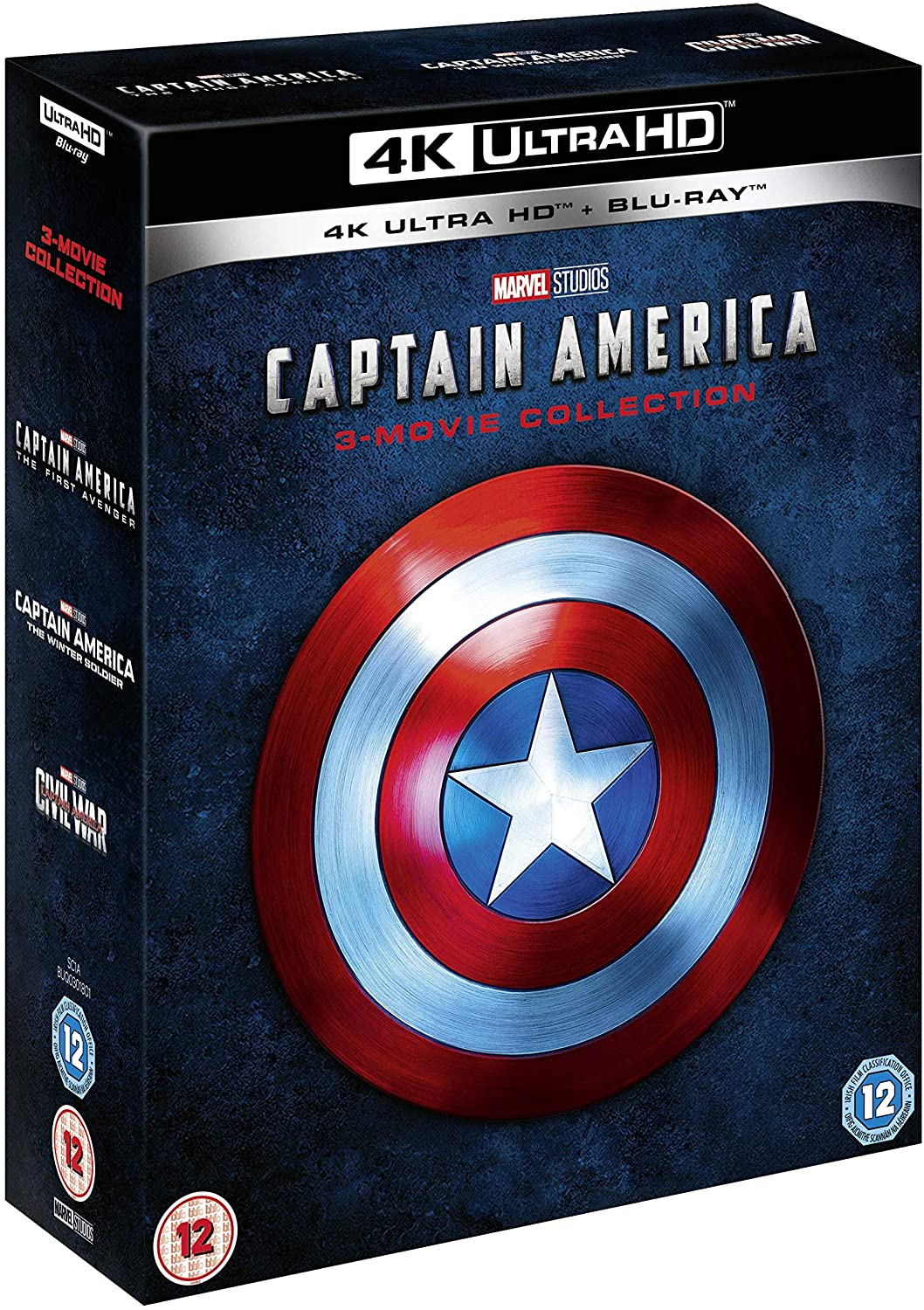 This is the cheapest I’ve seen this trilogy in 4k, currently cheapest ever on amazon. I saw one go for more on eBay last week.


The First Avenger: Captain America leads the fight for freedom in the action-packed blockbuster starring Chris Evans as the ultimate weapon against evil! When a terrifying force threatens everyone across the globe, the world’s greatest soldier wages war on the evil HYDRA organization, led by the villainous Red Skull (Hugo Weaving, The Matrix).

The Winter Soldier: When S.H.I.E.L.D. is attacked, Captain America (Chris Evans) becomes embroiled in a web of intrigue that threatens the future of mankind. As the conspiracy deepens and trust is destroyed, Cap, Black Widow (Scarlett Johansson) and the Falcon (Anthony Mackie) must join forces to battle their insidious enemy’s most mysterious and powerful weapon yet – the Winter Soldier

Civil War: An explosive rift rocks the Marvel Cinematic Universe in the game-changing epic, Captain America: Civil War. When government pressure to rein in the Avengers drives a deep wedge between Captain America (Chris Evans) and Iron Man (Robert Downey Jr.), best friends are turned into bitter enemies. Against a backdrop of divided loyalties, mysterious villains and new allies, the ultimate battle for the future of the Avengers and all humanity erupts in this spectacular adventure!
PostTweetShare Share with WhatsApp Share with Messenger
Community Updates
Amazon DealsAmazon discount code
New Comment SubscribeSave for later
3 Comments
28th May
Wasn’t a big fan of the first movie but the second and third are two of my favourites from the whole MCU. ‌
28th May

Yeah the Origin story doesn't lend well to cinematic universe but I suppose it had to be gotten out of the way. Winter Soilder is brilliant.
28th May
I don't know, I quite enjoyed Hugo Weaving hamming it up