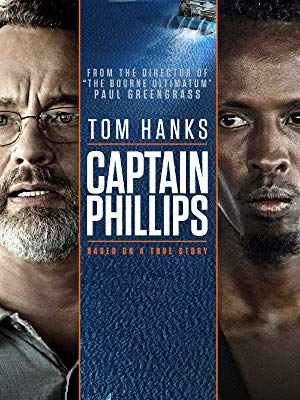 Captain Phillips and Philadelphia both in 4K UHD £3.99 EACH @ amazon prime video

4k UltraHD version captured and mastered in 4k. The true story of Richard Phillips, the cargo-ship captain who surrendered himself to a group of Somali pirates so that his crew would be freed, is adapted by screenwriter Billy Ray in this Paul Greengrass-directed docudrama starring Tom Hanks.

4k UltraHD version captured and mastered in 4k. Emotional powerhouse stars Tom Hanks and Denzel Washington as competing lawyers who sue a prestigious law firm for AIDS discrimination.
PostTweetShare Share with WhatsApp Share with Messenger
Community Updates
Amazon DealsAmazon discount code
New Comment Subscribe Save for later
2 Comments
10th Feb
That cover is almost a before and after for the start of Captain Phillips and the end of Philadelphia.
11th Feb
I thought you got the film free with a tub of Philadelphia at first. D'oh.