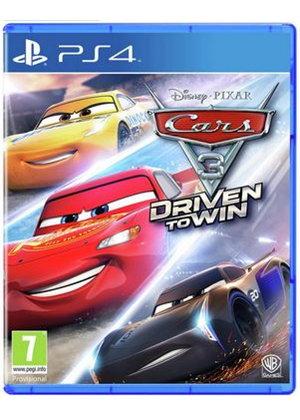 Cheaper than Argos and Amazon by about 4 quid. Good game for the kids.


Start your engines and gear up for an all-new action-packed adventure in Cars 3: Driven to Win inspired by Disney Pixar's film, Cars 3. Join Lightning McQueen and Cruz Ramirez as they prepare for a rematch against rival racer Jackson Storm. Master your driving skills for the ultimate world-class, competitive racing experience. Dive in and play with over 20 customizable characters including the beloved Lightning McQueen, Jackson Storm, along with Cruz Ramirez and the next generation of racers. Cruise through over 20 tracks set in iconic locations from the film such as Radiator Springs and Florida International Speedway.
PostTweetShare Share with WhatsApp Share with Messenger
Community Updates
Base.com DealsBase.com discount code
If you click through or buy, retailers may pay hotukdeals some money, but this never affects which deals get posted. Find more info in our FAQs and About Us page.
New Comment Subscribe Save for later