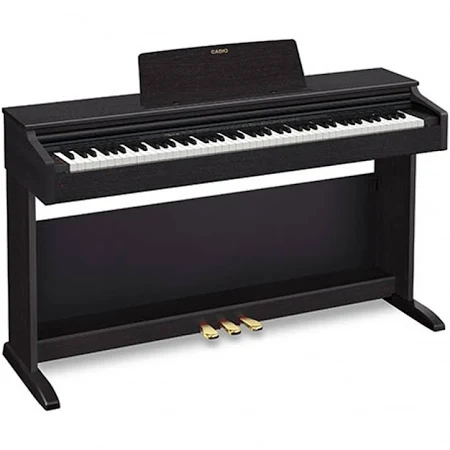 Something a little different and a steal compared to elsewhere. No codes needed or anything and good reviews.

PostTweetShare Share with WhatsApp Share with Messenger
Community Updates
Costco DealsCostco promo code
If you click through or buy, retailers may pay hotukdeals some money, but this never affects which deals get posted. Find more info in our FAQs and About Us page.
New Comment Subscribe Save for later
Top comments
24th Sep 2019
I've had a Roland electric for years and the ability to use headphones with it has always been a huge deal to me. Now that my kids have started to learn it's even more valuable...
24th Sep 2019

I'll keep watch for any discounts
Edited by: "goonertillidie" 24th Sep 2019
24th Sep 2019
You’re so much better off buying an acoustic.
I’ve just bought a Yamaha, was brand new and cheaper than I could find anywhere in the country online as well.
The rotherham piano centre
24th Sep 2019

Been there and it's a great shop! Unfortunately not everyone has space for an acoustic, like myself
24th Sep 2019
I've had a Roland electric for years and the ability to use headphones with it has always been a huge deal to me. Now that my kids have started to learn it's even more valuable...
24th Sep 2019
Always wanted to learn to play, used to like it when i was a kid.
24th Sep 2019

Not if you live in a block of flats and need to practice late at night.
24th Sep 2019

If you mean Middle C, then quite obviously

If you're a beginner, I'd recommend looking to get something a lot cheaper. It might save you some money if you find it's not for you.
24th Sep 2019
This looks like a mad price. I got a Roland FP-30 with stand, pedal board and bag for 650 and that was a year ago and a price match. Admittedly it's supposed to be a better piano, but I doubt it's £150 better.
24th Sep 2019

Lucky you! Then yes, you'd be set with this
24th Sep 2019
Not that this isn't a good deal, because it is, but having picked up a second hand, new condition AP-245 (it's the same piano) a few years back for £250, it's worth looking for a used piano locally first. A lot of people confuse "buying a piano so I can play it" and "buying a piano and practicing for hours a week over the next few years so I can play it", so there are a lot of unused used piano bargains out there
Edited by: "stringsonfire" 24th Sep 2019
24th Sep 2019

And how much exactly did you pay for your Brand new Yamaha acoustic piano?
24th Sep 2019

Not quite sure what you mean there but surely all keyboards feature a (sometimes shiftable) middle C?

Anyway, this is a discontinued and superceded keyboard (new AP270). Casio no longer sells it and has sold off all its remaining stock to Costco. However, that does mean that with a little shopping around there should be some good deals out there if you are happy with this older model.

A few things to note (no pun intended) though.

The key action may be a matter of personal preference but the key texture on the AP260 has often been criticised.

More importantly, it has 128-note polyphony which can potentially lead to problems when layering.

Newer models also allow you to change settings using Casio's Android and iOS apps rather than having to delve into the control panel on this model which can be a bit of a pain and isn't always overly intuitive.

Another consideration is the sound quality as this doesn't have an audio output (other than headphone jacks). The onboard stereo speakers only have 16 watts which may be ok at home but you will struggle elsewhere.

Finally, and probably crucially, this obsolete model only comes with a 1 year warranty - when digital keyboards go wrong they go seriously and expensively wrong!

However, if you are a novice or casual player looking for an entry level keyboard then this is a good spot.

And how much exactly did you pay for your Brand new Yamaha acoustic piano?

Excellent question. I think the cheapest for a new yamaha is about £2600?

Facebook Marketplace and eBay are full of very cheap used acoustics, but if you don't know what you're doing you could easily spend time and money getting it moved and tuned to realise why it was so cheap.
24th Sep 2019

How many extra friends did you get with your lottery win?
24th Sep 2019

How many extra friends did you get with your lottery win?

And how much exactly did you pay for your Brand new Yamaha acoustic piano?

To be honest I can’t remember as it was a few years ago, I bought it for a wedding present to my wife. I shopped around for quite a while then came across that place, nipped in and he did me a great deal.
He gave me a warranty free tuning and stool!
Real genuine guy.. was a b2 model Yamaha
24th Sep 2019

Not if you live in a block of flats and need to practice late at night.

how much does a piano tune generally cost?

About £50ish. If you're getting one of them cheap/free Gumtree pianos, I recommend you read the buying guide below, it's really helpful.

If they're cheap, there's nearly always a reason why. Pianos, including uprights, are incredibly heavy and will require specialists to move unless you want to damage it even more. On top of that, a lot of the cheap ones need restringing, which is gonna cost somewhere in the thousands.
25th Sep 2019

Thank you for the info
25th Sep 2019
Wow this piano looks very similar to the one I bought my son. The Yamaha YDP-163 which cost us close to double this. Although I'm sure there is a reason for this. I believe the 163 had more powerful speakers and weighted keys so maybe this is actually a 143 that Yamaha made but has been rebadged by casio
25th Sep 2019
Just bought a Kawai ES 110, worth looking at as well.
25th Sep 2019

They do a G sharp version

Can you share a link for that? I hope it comes with cover for accidentals!
25th Sep 2019
I have the previous AP-245 model and can certainly recommend this piano. Nice weighted keys, sounds real good and you can set the volume to a level the neighbours can stand.

I doubt this would be for you if you’re a concert pianist but then you would probably want to pay more than £500. For the average player it’s great.

Good to hear. I don't have a lot of experience with electric pianos and was a bit surprised how good it was. It was an impulse and I didn't really try any others so I assumed they were all in that ballpark, even though it has better reviews than the Casio.
25th Sep 2019

Who told you that? I've never heard of a piano without middle C or heard anyone call it "central C". I don't think even the Americans use anything other than middle C among their weird lingo of "measures" and whatnot.
26th Sep 2019

Mark my words that Brexiteer shopkeepers/greengrocers etc will start using imperial measures after we've left the EU. I'm not commenting on whether Brexit will be a good or bad thing, but increased use of imperial measures will be a total pain in the ar*e.


And who the bejeesus are "Dr K" and "Terry"?
26th Sep 2019
I am contemplating purchasing this model but after looking at the AP270 and app connectivity, I am seriously confused as what I will be losing. Does the app really provide extra value? Is it worth considering over this model? I realize their is a USB connection on this model but don’t know what the exactly means.

Full disclosure: I know nothing about pianos and want to get this for my kids. So any info/advise would be appreciated.
26th Sep 2019

how much does a piano tune generally cost?

Depends which tune....waltzing Matilda is normally £3 but the Entertainer about £5...depends on the tune really.
26th Sep 2019