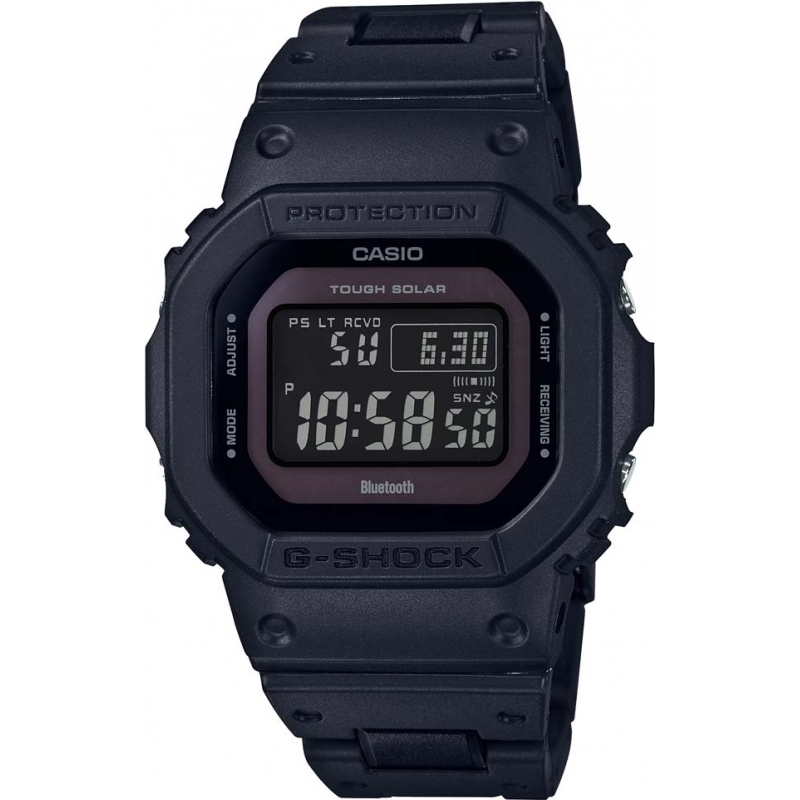 Another great deal if you're after the stealth look with a combi bracelet
Casio mens Watch GW-B5600BC-1BER.

Introducing this trendy digital mens wrist watch which has been manufactured and designed by Casio. This wrist watch sports a black plastic strap with a resin case as well as a dial. The GW-B5600BC-1BER Casio mens wrist watch has a 2 years manufacturer warranty booklet. Casio highly recommend that you buy your GW-B5600BC-1BER Casio mens wrist watch via an official stockist like Watches2U.
PostTweetShare Share with WhatsApp Share with Messenger
Community Updates
Watches2u DealsWatches2u promo code
If you click through or buy, retailers may pay hotukdeals some money, but this never affects which deals get posted. Find more info in our FAQs and About Us page.
New Comment Subscribe Save for later
11 Comments
18th Nov 2019
Good saving over RRP...heat added.
18th Nov 2019
This watch went minus 98 cold last week at £ 89 ..
Go figure ..lol
18th Nov 2019
Missed it at £89 that's cheapest that it's being recently
18th Nov 2019
OK price if you must have it right now, but most G-shocks with the exception of the mudmasters seem to drop to sub-£100 fairly reliably. This has already been that cheap. I'd suggest setting up a tracker on 3camels or pricespy if this is one you're lusting after
uk.camelcamelcamel.com/Cas…rch
18th Nov 2019

Got this last week from H Samuel for 89, really nice watch with Bluetooth, Solar and Radio control, also light weight and new strap is a added value.
18th Nov 2019
Got it for my birthday when it was £89. Brilliant watch and a good looking piece
18th Nov 2019

Yea that made no sense. People were voting cold because a different model was posted at the same time for less and I guess folk don't appreciate the advantages of this one. I'm surprised the same isn't happening now given the other G posted in the 60s right now.

Good watch, but hard to vote hot at this price given a few deals not far back at a lower price.
18th Nov 2019

Yup, I bought the black with the combi bracelet on the £89 deal before.