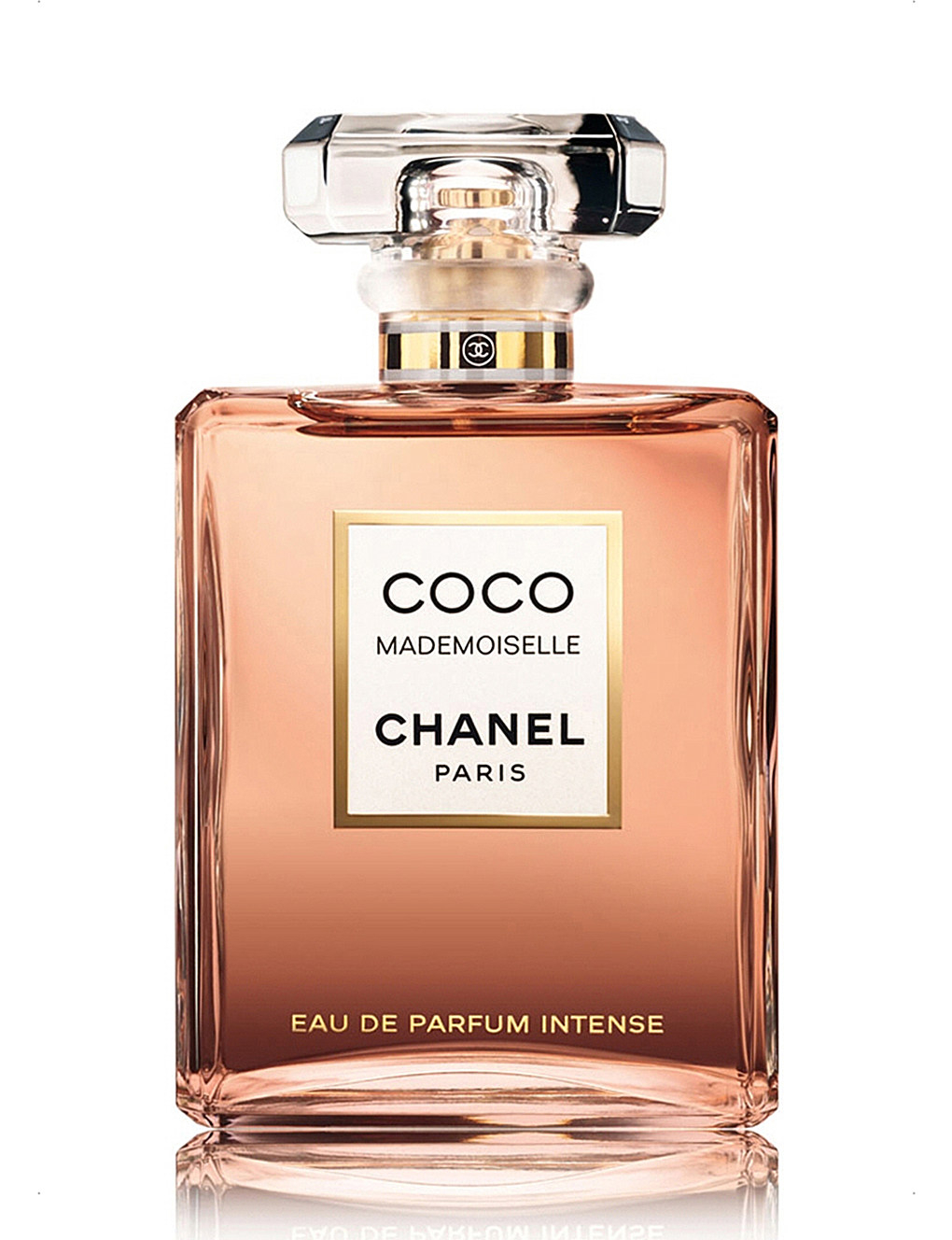 Says "5 available" when I add to Basket now ? Maybe it will keep coming in and out of stock (?).

I wonder - have Selfridges made a boo-boo with this?

Here it is in the Basket (with £5 Delivery added = £87, otherwise you can use free Click & Collect if you have a store near you)

Click & Collect is available at all four of our stores, seven days a week.

On Fragrantica: fragrantica.com/per…tml
"A new facet of the COCO MADEMOISELLE personality, amplified by an extreme dose of Patchouli and an Amber accord that combines Tonka Bean and Vanilla from Madagascar.
A powerful, deep, irresistible composition.
PATCHOULI: Extreme, luminous, deep, infusing the fragrance with voluptuousness.
THE AMBER ACCORD: Warm, soft and feminine, wrapping the fragrance in sensuality."
Chanel Coco Mademoiselle Eau de Parfum Intense is available in 50 and 100ml bottles. Coco Mademoiselle Intense was launched in 2018. The nose behind this fragrance is Olivier Polge. 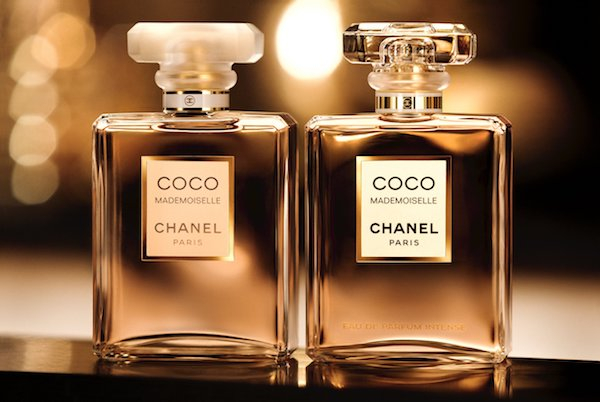 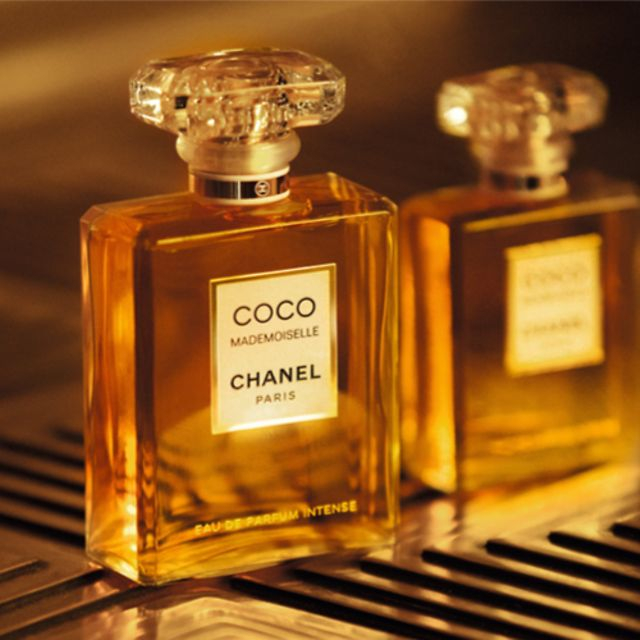 Edit: From Vogue:
Launching on March 1, this regeneration remains true to the oriental origins and you can still smell the delectable Sicilian orange and bergamot that we fell in love with the first time we smelled Coco Mademoiselle.
However, to take it up another scent level, Chanel's perfumer Olivier Polge combined a higher proportion of patchouli leaves alongside ambery tonka bean and vanilla.
According to Chanel, it was all about a "subtle way of adding depth to the contours of patchouli and rendering Coco Mademoiselle more addictive than ever."
PostTweetShare Share with WhatsApp Share with Messenger
Community Updates
Selfridges DealsSelfridges Discount Codes
If you click through or buy, retailers may pay hotukdeals some money, but this never affects which deals get posted. Find more info in our FAQs and About Us page.
New Comment Subscribe Save for later
50 Comments
1st Mar 2018
Nice deal and good post. Voted hot!
1st Mar 2018
EXPENSIVE TASTES,SMELLS DIVINE...
1st Mar 2018
Only 100ml available now for £82.00.
1st Mar 2018

Not sure I understand, this post is about the 100ml version?

Not sure I understand, this post is about the 100ml version?

Just checked it, sure enough. They must only have had limited stocks. Only a few places have it so far - can't see it on Boots.


Edited by: "louiselouise" 1st Mar 2018
1st Mar 2018
Thank u ,ordered just in time.
1st Mar 2018
Such a joke and ripoff these intense version of scents because these use to be the strength of originals till about 10/15 years ago when all the producers in house started lowering the oils percentage used in there products so they were less potent in longevity.

Then low and behold years after that they reintroduce the full stronger versions for more money once everyone has stopped noticing how weaker the originals are now an call it intense.

Flankers are not a new thing - Coco Mademoiselle in itself is a flanker - of Chanel Coco - of course.

Intense seems to be the new fad..I can see there's a few Paco Rabanne (male and female) Intense varieties out now, though it gets a tad confusing as, to me, I would have assumed "more intense" would simply mean the Parfum (extrait!).

Coco Mademoiselle Intense is reckoned to be very like the original, but somewhat sweeter and fuller-bodied, so, some notes have been tweaked - "Intense" is not just referring to its longevity. Some even compare it to Coco Noir on Fragrantica.

I would agree at the changes, in general, over the years with many scents - one that comes to mind is JPG Classique. I remember when it was first released (my sister was bought it by her boyfriend at the time) and it's definitely weaker than it was back then. But perfumes are reformulated often - it's hard to say whether it's a cynical marketing move from fragrance houses trying to save money (?).

Calvin Klein Eternity For Men's strength has changed, as well, from what I remember.

Yeah, I saw the code earlier...think it's only for today ‌

Yeah, I saw the code earlier...think it's only for today [Image]

I should backtrack a little and say - well, you are right to a degree (about some scents being weaker nowadays). I'm not aware of the evolution of Chanel fragrances over decades, so have no idea what the (original) Coco Mademoiselle EDP was like, versus the current version.

Read through this thread before bed last night fragrantica.com/boa…all and many ARE accusing CM of being "watered down" - Chanel fragrances in general, actually. Shame

Though, the new "Intense" versions cropping up everywhere are usually a reworking of a scent, rather than the exact fragrance amplified to last longer. It does get blimmin' confusing, though.


5th Mar 2018
Something is afoot here...looks as though Selfridges are quietly amending the site and the orders?

The original 100ml link in the Deal post has been out of stock for a few days selfridges.com/GB/…0ml 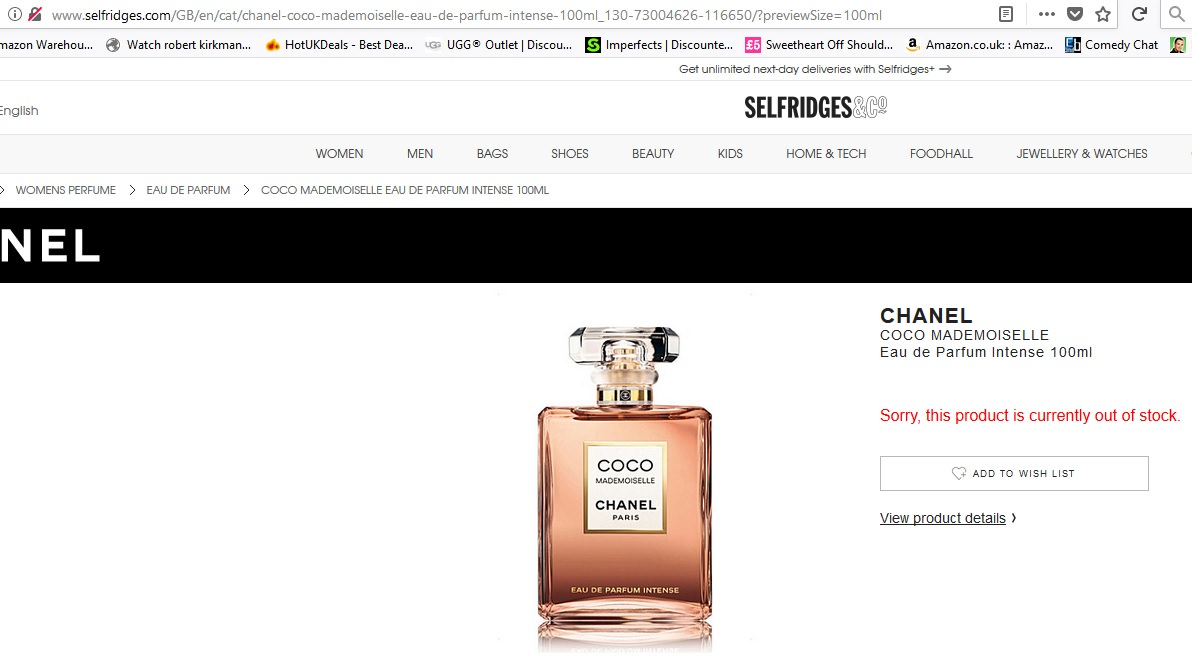 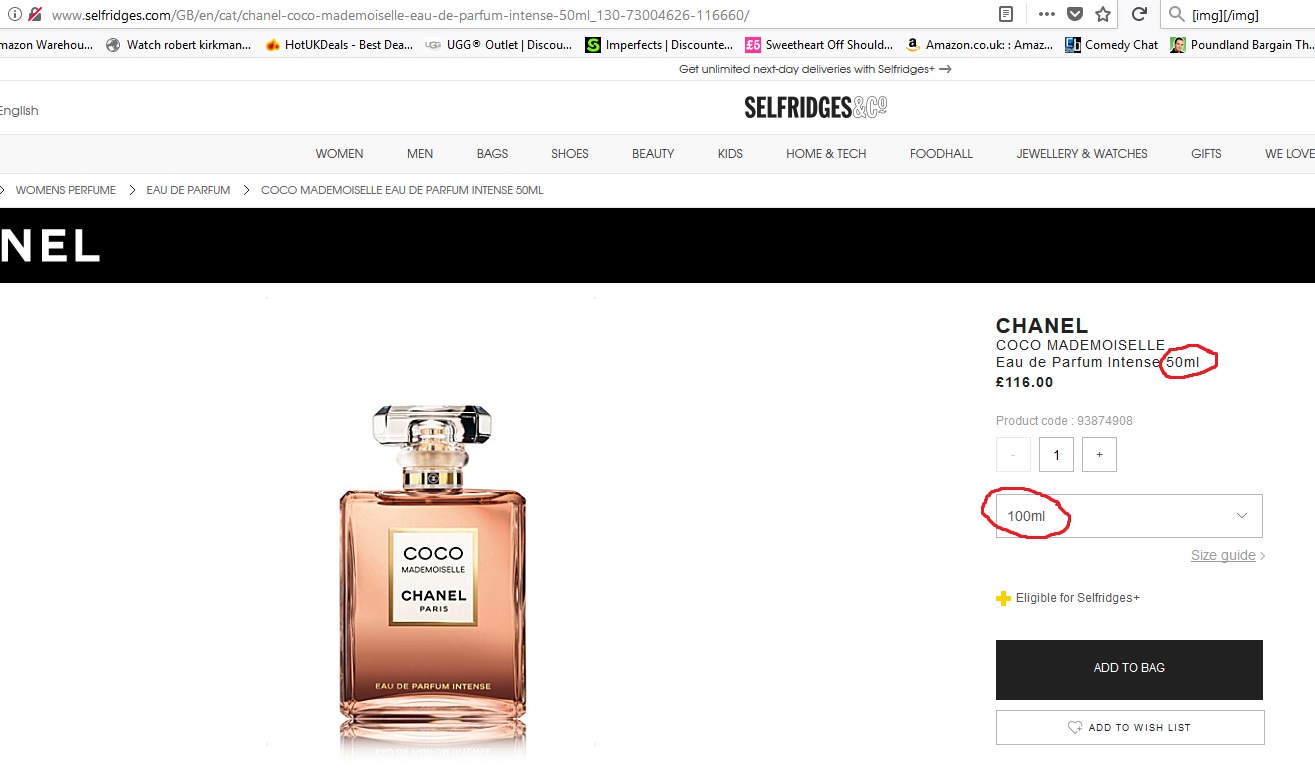 My Order History, this morning at 2am, when I click View Order, now mentions "50ml" where it didn't before:

But, I have the Order Confirmation email from 1st March, which says: 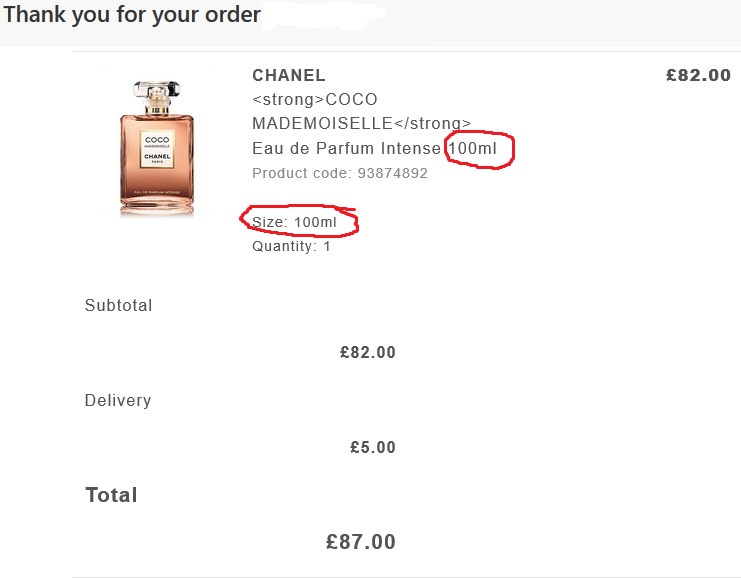 Anyone having the same thing happen on their View Order link?

I'm the same. All I heard from Selfridges (I emailed them with screen captures) was that they'd look into it and get back to me.

My order has been dispatched.

So has mine. Interestingly, the HUKD link now says "50ml" in Selfridges' description, rather than 100ml selfridges.com/GB/…0ml (though the URL still says 100ml )

The other URL still says 50ml in the Address Bar, but the Selfridges' description now says "100ml" selfridges.com/GB/…60/

(if any of that makes sense!). So both links have been fixed, more or less.

Also, I got an email from Selfridges (I took screen grabs of everything to explain what was happening):

"We are sincerely sorry you received the incorrect item*....we would like to apologise for any inconvenience and disappointment.

*I haven't received it yet, of course, it was only dispatched today!!

I really wasn't expecting this sort of reply. I thought they'd just say "like it or lump it"! I'd prefer the 100ml to be honest, but this is still an amazing outcome. Great job, Selfridges ‌

They didn't give me the option to ask for the 100ml, only a refund. All you can do is contact them - seems they aren't sending the 100ml out.

I've only had email correspondence, which is, of course, a bit slower than a phone call. 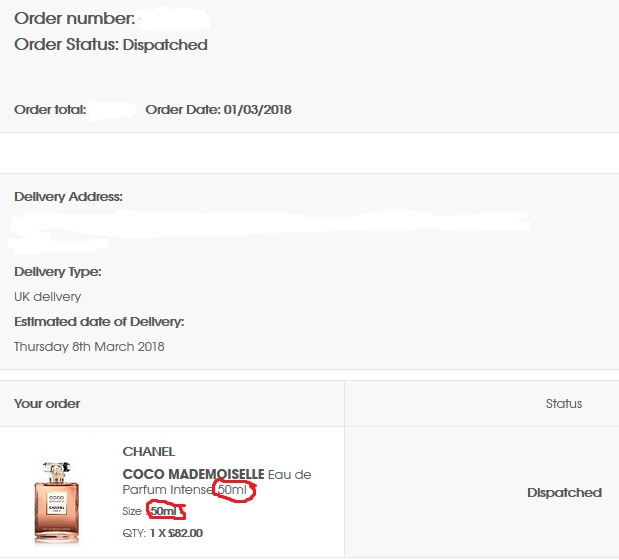 So has mine. Interestingly, the HUKD link now says "50ml" in Selfridges' …So has mine. Interestingly, the HUKD link now says "50ml" in Selfridges' description, rather than 100ml http://www.selfridges.com/GB/en/cat/chanel-coco-mademoiselle-eau-de-parfum-intense-100ml_130-73004626-116650/?previewSize=100ml (though the URL still says 100ml )The other URL still says 50ml in the Address Bar, but the Selfridges' description now says "100ml" http://www.selfridges.com/GB/en/cat/chanel-coco-mademoiselle-eau-de-parfum-intense-50ml_130-73004626-116660/(if any of that makes sense!). So both links have been fixed, more or less.Also, I got an email from Selfridges (I took screen grabs of everything to explain what was happening):"We are sincerely sorry you received the incorrect item*....we would like to apologise for any inconvenience and disappointment.....this was a web error...we are still looking into the matter....we would like to offer a partial refund of £41." *I haven't received it yet, of course, it was only dispatched today!!I really wasn't expecting this sort of reply. I thought they'd just say "like it or lump it"! I'd prefer the 100ml to be honest, but this is still an amazing outcome. Great job, Selfridges ‌

When you emailed them,did you say the sizes were different on the order email and the tracking email?
7th Mar 2018

I communicated by email, and CCd the original Order Confirmation from Selfridges from 1st March (which clearly states 100ml/100ml), and highlighted that the listing said 100ml/100ml on the purchase page, in Basket and at Checkout on that date.

I also attached screen grabs highlighting the changes on the website and the adjustments in my Order Tracker/View Order page over the days.

Even if you haven't been doing screen grabs, Selfridges are definitely aware of the error. 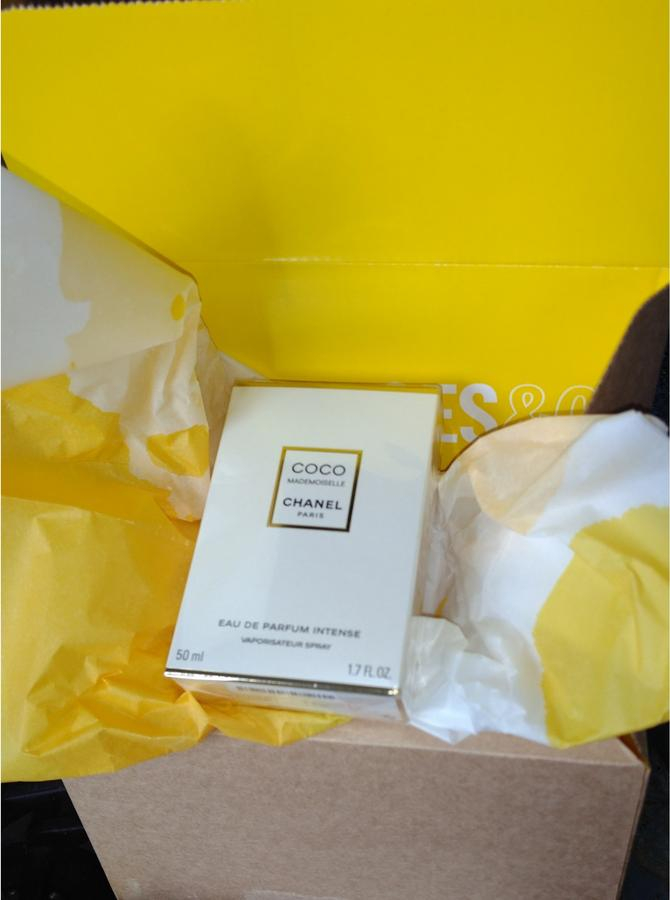 Edited by: "louiselouise" 8th Mar 2018
8th Mar 2018
Received the 50ml and called Selfidges customer services. Spoke to a very nice chap who told me to send back the 50ml and they will post out a 100ml bottle. I explained that this was a mothers day present so they upgraded delivery to next day FOC. Had to pay for the 100ml bottle but they will refund original bottle and difference once they receive the 50ml back.
8th Mar 2018
I just got notification of the refund for the 50ml (web error). Pweda - didn't they offer to give you a discount for the 100ml? 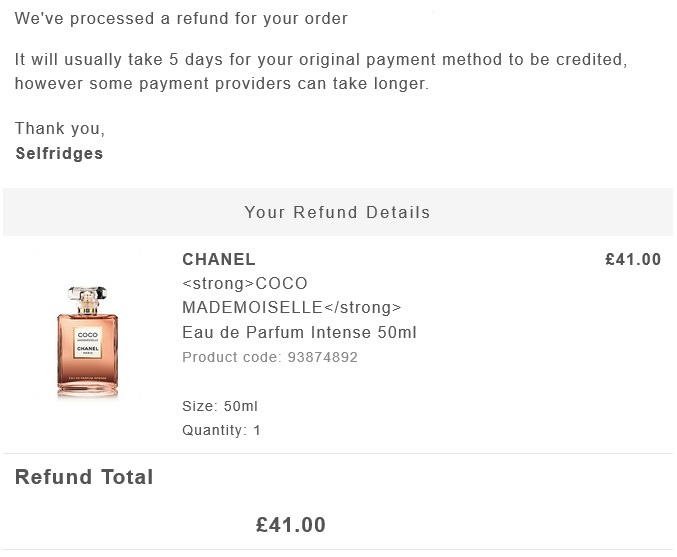 No, they just said "We need to get you the 100ml". To be honest, I wanted the 100ml anyway.They also gave me gift packaging FOC for mothers day which was a bonus.
8th Mar 2018

I'm sorry but I'm glad you're happy with the outcome

I'm sorry but I'm glad you're happy with the outcome

Absolutely. Got the 100ml for the deal price with free gift packaging. Will have a happy wifey on Sunday.