Unfortunately, this deal is no longer available
Posted 29th Sep 2021

All five parts of the historical drama miniseries depicting events from the Chernobyl nuclear disaster of April 1986 and the aftermath that followed.

Format: Blu-ray
Released: 29th July 2019
PostTweetShare Share with WhatsApp Share with Messenger
Community Updates
Nathan
29th Sep
This is the Blu-ray edition. Jared Harris (The Crown, Mad Men), Stellan Skarsgård (Breaking the Waves, Good Will Hunting) and Emily Watson (Breaking the Waves, Apple Tree Yard) star in Chernobyl, the critically acclaimed five-part mini-series. On April 26, 1986, the Chernobyl Nuclear Power Plant in Ukrainian SSR suffered a massive explosion that released radioactive material across Belarus, Russia and Ukraine and as far as Scandinavia and Western Europe. Dramatising the true story of the 1986 nuclear accident, one of the worst man-made catastrophes in history, Chernobyl shines a light on the brave men and women who fought an unprecedented war against an invisible enemy, and who suffered and sacrificed, saving millions of lives, often at the cost of their own.

When you shop in Coolshop, you always get free shipping – no matter what size your order is! You only pay for the price you see for the product, no extra costs at check out. 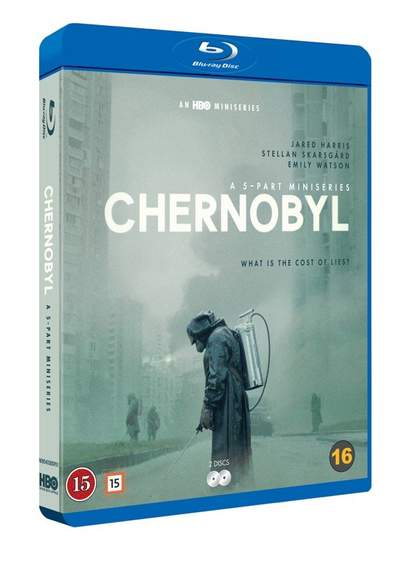