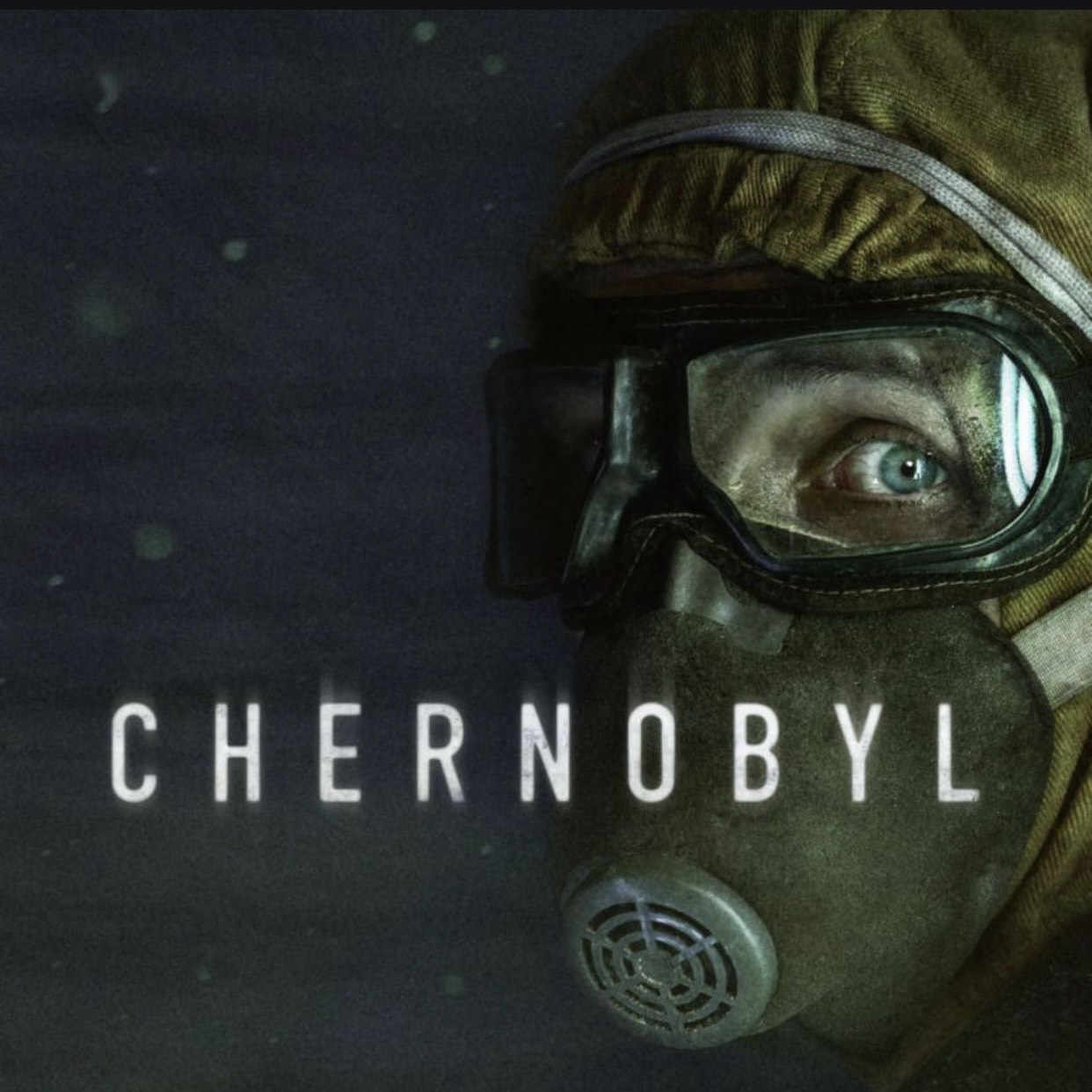 Probably the best series made in 2019.


Chernobyl is a 2019 historical drama television miniseries produced by HBO and Sky UK. Created and written by Craig Mazin and directed by Johan Renck, the series revolves around the Chernobyl nuclear disaster of April 1986 and the cleanup efforts that followed. It features an ensemble cast led by Jared Harris, Stellan Skarsgård, and Emily Watson.
PostTweetShare Share with WhatsApp Share with Messenger
Community Updates
Community support
22nd Apr
Chernobyl, a five-part miniseries co-production from HBO and Sky, dramatizes the story of the 1986 nuclear accident, one of the worst man-made catastrophes in history — and of the sacrifices made to save Europe from unimaginable disaster.

On April 26, 1986, the Chernobyl Nuclear Power Plant in Ukraine, Soviet Union suffered a massive explosion that released radioactive material across Belarus, Russia and Ukraine and as far as Scandinavia and western Europe.

Jared Harris portrays Valery Legasov, a leading Soviet nuclear physicist. As part of the response team, he was one of the first to grasp the scope of the unparalleled disaster that occurred. Stellan Skarsgård plays Soviet Deputy Prime Minister Boris Shcherbina, who is assigned by the Kremlin to lead the government commission on Chernobyl in the hours immediately following the accident. Emily Watson portrays Ulana Khomyuk, a Soviet nuclear physicist committed to solving the mystery of what led to the Chernobyl disaster.

Writer, creator and executive producer Craig Mazin began researching the Chernobyl disaster in 2014, using a wide variety of materials, including several books, government reports from inside and outside of the Soviet Union and first-person accounts. He spoke to nuclear scientists to learn how a reactor works and interviewed former Soviet citizens to gain a better sense of the culture in 1986.

Sorry, had to be done...
21st Apr
My mate just got a free NowTV week pass there to watch this, told him its brilliant anybody who hasn't seen it you're missing out!
22nd Apr

You've not seen the Ghostbusters reboot then?
66 Comments
21st Apr
Would want it in 4k for that price. Really good series though
21st Apr
My mate just got a free NowTV week pass there to watch this, told him its brilliant anybody who hasn't seen it you're missing out!
21st Apr

I watched it all again as soon as it finished.
21st Apr
Highly recommended, heat added
21st Apr

Did the same - we've just binge watched The Tunnel on it as well, decent show if you've missed it
21st Apr
Great series
21st Apr
As usual with Sky/HBO content. No Dolby Vision/HDR, no 4K.
21st Apr
Best TV series that I have seen for a long time - watched it last year when it was released on NowTV and it deserves all of the accolades that it has received. I remember the disaster (I was in my early 20s when it happened) and the official response in the UK was that there was very little to worry about. This, of course, proved to be correct for us and the info coming out of the USSR was very limited. So, 34 years on and the ‘hiding’ of information is still happening (this time not Russia) and all of those sincere ‘lessons have been learned’ speeches appear to be utter nonsense.
21st Apr

Never heard of that one! My mams just binged Manifest, season 2 popped up so she got through that in 3 days
21st Apr

Quite enjoyed Manifest but it really hacks me off when they keep producing series after series (not just this show but many other ‘must watch’ series). I prefer series that have an end and don’t try to milk the idea (this doesn’t apply to comedy series though - unless it drags on beyond its sell-by date).
22nd Apr
Outstanding mini series this.
22nd Apr
Everything about the disaster fascinated me for years. I devoured all the books and accounts written about it, looked at all the amazing photos. Several older documentaries and the odd dramatisation. BBC one from 15 years ago was quite good. I even watched the live webcam frequently while they built the New Safe Confinement arch.

I have never been there but I have met a few people who lived in Ukraine at the time (I have been to eastern europe a fair bit) and talked to them about it. One particular guy who was a liquidator, of which there were well over half a million.

When this series was announced I didn't expect it to be as good as it was. It was virtually all I hoped it could be. Really glad it brought some focus back to the disaster. It's not all exactly accurate but at least it'll mean the disaster isn't forgotten for the world, outside of the ones it touched.
22nd Apr
Was worst man made catastrophe....
22nd Apr
Amazing that this was written and produced by the same guy who wrote that Hangover sequels, and scary movie 3/4.

Highly recommend the podcast he did for this, too. Lookup Craig Mazin.
22nd Apr

Not as amazing as who directed it. 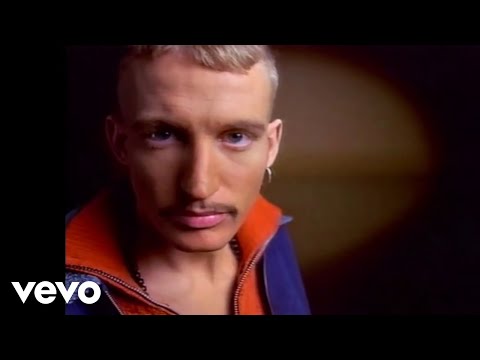 Have you seen the original Swedish/Danish “The Bridge” that The Tunnel is based on? It’s great!
22nd Apr

Well played comrade, well played
22nd Apr
Absolutely fantastic TV show. Enjoyed every second of it. Also if anybody is interested in gaming around this genre, I'd recommend s.t.a.l.k.e.r Shadow of Chernobyl, and the series that follow. Great games and really captures the aftermath albeit in a more sinister manner. Heat!
22nd Apr
Can you not watch this for free on Sky?
22nd Apr

Can you not watch this for free on Sky?

You can if you have Sky
22nd Apr

You've not seen the Ghostbusters reboot then?
22nd Apr
Chornobyl, not Chernobyl.

Sorry to be the language pendant but those Russian's want to claim everything.
22nd Apr
If you can get away with the dodgy British accents then you might just like it.I wouldn't say it was amazing but worth a watch but paying £9.99 for it is crazy.
Edited by: "muckspreader1" 22nd Apr
22nd Apr

£9.99 for about 5-6 hours of well-reviewed entertainment isn’t crazy.

I liked it but deffo should have been in Russian with subtitles, just felt wrong them all speaking English.
22nd Apr
Good but didn’t like the addition of the nurse.
22nd Apr

What about Bhopal? Certainly way more immediate deaths. I'm not sure which will prove to be worse in the long term.
22nd Apr
I'm still wondering, was there Graphite or not?
22nd Apr
Like others, big shout out to the free 7 day Now TV pass (just make sure to cancel straight away).
22nd Apr

I see what you did there ‌
22nd Apr

Bit harsh - I thought the show was quite well made.
22nd Apr

Not as amazing as who directed it.[Video]

Fantastic, been a long time since I heard this gem.

Great factoid about the series as well. It's up there with the film Choke being directed by Agent Coulson.
22nd Apr

The podcasts were fantastic, great additions

Absolutely agree. If you haven't watched it, watch an episode, listen to the podcast for the episode and move on. I heard them afterwards and they were still really good.
22nd Apr
Best show I watched in 2019, well worth the £10 if you've not seen it. HOT!
22nd Apr
I spoke with one of my friends who lived there after this aired and who has friends who still remember what life was like in the 1980s in the Soviet Union and one thing that comes across was how accurate the show was. He said his friends suddenly got these really powerful forgotten memories bubble up to the surface of their consciousness, and if it had tapped into dormant recollections and triggered them to the surface, which is a pretty powerful recommendation for a show made by someone who has never even been to Russia.This twitter feed sums up the sort of thing he was talking about: twitter.com/Sla…664
22nd Apr
Why is this hot? Its the same price on Amazon.
22nd Apr

Why is this hot? Its the same price on Amazon.