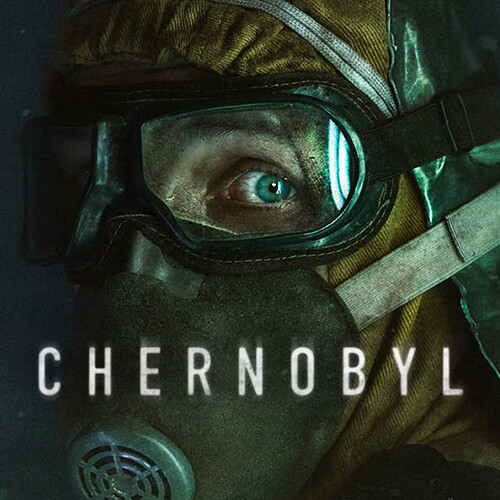 
An incredible TV series, captures the horrors and human mistakes that led to one of the greatest nuclear disasters of all time.

Chernobyl, a five-part miniseries co-production from HBO and Sky, dramatizes the story of the 1986 nuclear accident, one of the worst man-made catastrophes in history — and of the sacrifices made to save Europe from unimaginable disaster.

Excellent series and very factually accurate despite what Putin says

I have a friend who lives in Ukraine near Pripyat and he said when he was watching this series he counted nine historical inaccuracies on one hand.
29th Jun

Wow, you knew about an event covered globally and often talked about for 30+ years!?

Must be some kind of history professor.
29th Jun
3.6 Roentgen. Not great, but not terrible either.
29th Jun

Renck only did three episodes of Breaking Bad. They were very good episodes though!

Chernobyl is cheap at any price. One of the best TV series ever made.
109 Comments
29th Jun
Thank youuu
29th Jun
Wow, same director as Breaking bad never knew that!

Such a good drama, totally moved me.. absolutely worth a watch if you haven't seen it
29th Jun
Fantastic series this. Well worth a watch.
29th Jun

Renck only did three episodes of Breaking Bad. They were very good episodes though!

Chernobyl is cheap at any price. One of the best TV series ever made.
29th Jun
If you just want a one-off watch it's on NowTV Entertainment. I watched it last week and agree wholeheartedly with the above views.
29th Jun
Bought it on Blu Ray. It's one of those that are essential for the collection. Brilliant series.
29th Jun
3.6 Roentgen. Not great, but not terrible either.
29th Jun
Amazing series. Loved it.
29th Jun
Some seriously good TV , 🔥 added
29th Jun
Essential viewing. I'd rather own it on Blu-ray though.
29th Jun

3.6 Roentgen. Not great, but not terrible either.

Excellent series and very factually accurate despite what Putin says

I have a friend who lives in Ukraine near Pripyat and he said when he was watching this series he counted nine historical inaccuracies on one hand.
29th Jun
Overrated, probably due to me already knowing the outcome. So unlike others, I was never thinking "omg, I wonder how this turns out"

Anyhow There's only 2 parts in chernobyl where I felt true suspense.

1) When those 3 guys went into the dark water filled area, and their lights failed. Potentially trapping them.

2) At the very end, when they showed the build up to the accident. The anxiety they had from their manager and the number dials rapidly changing.
Edited by: "Neobrown" 29th Jun
29th Jun

Wow, you knew about an event covered globally and often talked about for 30+ years!?

Must be some kind of history professor.
29th Jun
Decent series although a pretty miserable and depressing watch. Check out the ingrained feminism and history revision with it however - replacing a group of scientists with one woman scientist in this.
29th Jun
Fantastic series! Edge of my seat the whole
Time!
29th Jun
Really enjoyed watching this, well worth a watch IMO.

Not something you're likely to watch again, so worth checking if any of your sub services carry it. I saw it on Sky.
29th Jun

TBF I'm surprised there haven't been calls for it to be banned due to lack of diversity. Maybe they'll do a BAME version of it like they're thinking for a future Friends remake
29th Jun

Disagree, seen it 4 or 5 times. Probably the best TV series ever made
29th Jun
£9.99 for a TV series normal people would only watch once?! Cold from me.
Edited by: "Tony_DR" 29th Jun
29th Jun
I hope they will make a sequel. Fukushima. People need to know the truth.
29th Jun

Overrated, probably due to me already knowing the outcome.

I'm curious as to what you mean by knowing the outcome. You mean you knew about the skewed death toll, the reason for the accident, the technicalities of trying to patch it up and all the coverups and the court case?

Seems like someone would have had to do a fair amount of research to know all that in advance.
29th Jun

I don't think its supposed to be a documentary. For example Ulana Khomyuk is a fictional character created to represent the countless scientists that assisted Valery Legasov. But by and large it is historically accurate and conveys both the facts and emotion of what went on.

It was actually recommended by an Eastern European friend who grew up on the Ukrainian border and lived through these events as a child in the communist block. She and a few other friends have said it's pretty accurate in terms of the way they treated them. And the feeling at the time.

There's plenty of things which have been covered globally that I'm not aware off lolz.
I don't get what your point is?

The point I was trying to make is, people who consider this series so highly, maybe knew little to nothing about about this disaster before hand? So maybe it impacted them more.
29th Jun
Great series! I got Now TV for a few months last year to watch the final season of Game of Thrones... Luckily this came out shortly after to make the subscription seem not such a waste of money
29th Jun
Incredible series
29th Jun
This is available on now TV.. Take trial subscription and watch it.. Just 5 episodes!!
29th Jun

Unless you were too young or lived under a rock during at the time, I'm pretty sure most people knew about it lol

My friend that recommended it lived through it on the Ukranian border and she still rated it very highly. I knew quite a bit about it and still rated it highly.

I guess you don't rate any historical drama highly? It's not always about a cliffhanger ending, often filling in the gaps in the journey is just as interesting if not more so.
Edited by: "Mentos" 29th Jun
29th Jun

Probably just as much an indictment of Communism (at least as we've seen it in practice).

Whilst we were all told to stay in doors and keep our windows shut. And cattle and other produce were being destroyed. My friend tells me she was being encouraged to play out doors. They had to go to the workers day parade a few days later, etc. All to play down the extent of the disaster.

And that wasn't a request, if you didn't tow the party line it had serious consequences for you and your family.
Edited by: "Mentos" 29th Jun
29th Jun
Watched a fascinating prog (It may have been YouTube) where they say incredibly the wildlife has recovered way, way, WAY better than could of ever been thought. Even an almost extinct type of wild pony has come back so strongly and bred so hugely since a few years after the accident to the point where they're spreading in flocks into other areas and now almost a pest !!!. Wolves too have came back strongly. Brown bears and wild hogs - unheard of before the accident, are thriving
The wildlife are proving a lot of assumed facts about radiation etc may even be wrong.
Edited by: "PhilK" 29th Jun
29th Jun

Sorry I wasn't clear. I Definately didn't know the full extent of the cover ups. I just knew they were able to control the disaster, so some of that suspense was lost on me.

Maybe I just watch too many action packed American TV series, so I expected more fight back from the citizens. People killed to hide the truth etc.
However everything was just so orderly, anti climactic. Other than Valery Legasov's inner struggle to do the right thing.

Maybe I needed more insight from the citizens perspectives, to feel how scared they were from being kept in the dark.
29th Jun

I remember my GSCE school science teacher being surprised I knew what chernobyl was about. I Only knew what it was, because of Spiderman TV series.

Got to remember that anyone under the age of 35 was not alive while this happened. And even if you are 40 years old, you would have 6 years old at the time.
29th Jun
It was ok, never knew so many Irish people lived in Ukraine.

It's almost as if it was a drama and not a documentary.
29th Jun

It's almost as if it was a drama and not a documentary.

Think like me you missed the joke aswell have another read
29th Jun
Absolutely fantastic series. Cannot believe the writer of this also wrote The Hangover Part 3 (the worst of them all).
29th Jun

Think like me you missed the joke aswell have another read