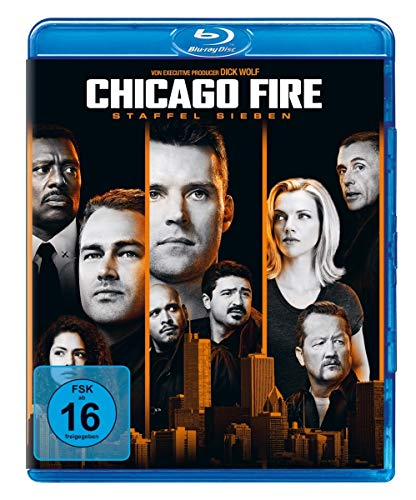 I *believe* this import edition version has English language audio and subtitles.

The crew of Fire Station 51, headed by Captain Matthew Casey (Jesse Spencer) and Lieutenant Kelly Severide (Taylor Kinney) returns with 22 hot new episodes. Also in season seven, firefighters, rescue workers and paramedics at Fire Station 51 in Chicago are risking their own lives to save the lives of others and protect their great city. While the relationship between Stella and Severide is slowly evolving into something really serious, the guard also has to deal with serious changes: Gabby has decided to go abroad and the new medic Emily Foster finds it difficult to get used to life in the close-knit family of firefighters. leads to considerable tensions in the team. All 22 episodes of the seventh season on 6 discs! DISC 1- It's Gone- Inferno DISC 2- Breathtaking- Appearance and being- Explosive mixture- Hard words DISC 3- Last earn- Mr. September- The life-line- Glimmer of hope DISC 4- Out of nothing- The big jump - Valentine's Day- The eyewitness DISC 5- Against the wall - The talisman DISC 6- In the middle of the storm- Cold Traces- One of the Good- Good Time and Bad TimeBonus Material: "Chicago Med” - Season 4 - Crossover Episode: Out of breath, “Chicago 2 Cross-Over Episodes፦ Chicago Med, Season 4: Out of breath; - Chicago PD, Season 6: Endings; Good Men;