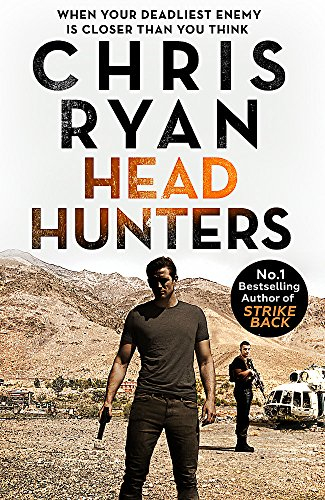 Book 6 of the Danny Black series for a great price at Amazon. Chris Ryan is a guilty pleasure of mine, I've read them all and this was a particularly good one.

Helmand Province, Afghanistan. The Taliban are on the rise. A top-secret SAS kill team is assassinating high-value targets. It is bloody, violent, relentless work, suitable only for the Regiment's most skilled and ruthless head hunters.

Framed for a sickening war crime, Danny finds himself hunted in a brutal, dangerous terrain where his wits, training and strength may not be enough to survive.

And in a world where his enemies are closer than he could have imagined, he must do whatever it takes to get to the truth. If he fails, it will mean the end not only of Danny Black, but of the SAS itself.
PostTweetShare Share with WhatsApp Share with Messenger
Community Updates
Amazon DealsAmazon discount code
New Comment SubscribeSave for later
1 Comment
6th Sep
Ordered one . Looks good. Thanks.